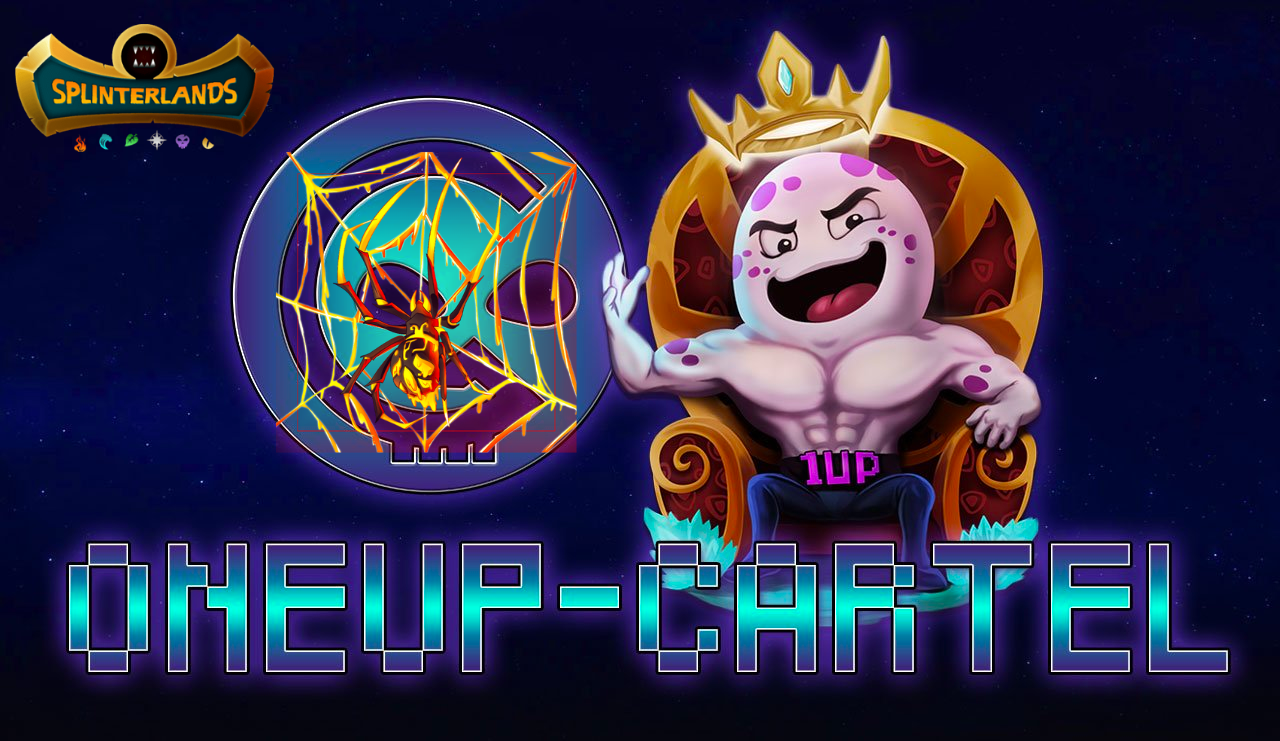 Welcome to another post from the Share your battle weekly challenge series. This time theme is about Lava Spider, a new common card from the Chaos Legion edition, being available as a part of the Fire ghost deck.

Because I do not own any summoner from fire element leveled up for Silver league which I usually play, I will try to test how the basic ghost deck and non leveled cards are performing in the Silver, or rather I would try to verify if it's possible to win a battle at all using just 1 lvl cards.

On the first impression, plain-vanilla Lava Spider looks like a very good card in terms of mana cost and overall stats ratio. For the 3 mana consumed you have only 1 damage, but with the Snipe ability as well as a decent amount of health it is still very attractive. Distance damage and health amount make it a good choice for the last positions in the lineup, especially for the low mana battles when usually it’s hard to place tanky monsters in the last positions.

After leveling up, Lava Spider becomes a true must-have placement for certain battle rules. It will work with perfect synergy with Yodin Zaku, usually dealing damage to 3 monsters with one hit which very often can finish opponents' support card. Snare ability received after level 6 will make sure that flying monsters will not avoid being hit by the spider. The maximum level of Lava Spider gives also Poison ability, making the Spider an awesome card to use in low and mid mana battle caps. Since I am not investing in the Fire element, I wanted to complete the majority of my battle deck from ghost cards and the reward ones which I claimed from the reward chests so far. Also as supplements, I was using some neutrals, like the famous Furious Chicken or Creeping Ooze.

My first battle was against an opponent also using the Fire element. Not lucky for me, my opponent had some cards leveled up. Not for the maximum levels, but I felt this will give him a big advantage in the battle anyway. As the rule set made in this battle mana cap of 14, and additionally every monster received Blast ability, my strategy was to use Pyre together Antoid Platoon as a low mana tank, followed by 2 must-have neutrals - Chicken and Ooze. I expected that they will die in the first round, due to blast ability, but especially Ooze could give me the priority in attack in the first round, which in such battle rule is critical. As damage dealers I used plain vanilla Serpnentine Spy and Lava Spider, hoping that they will both attack before my opponent performs the attack so with the Blast ability, I could finish as many cards as possible.

Initially, my strategy and plan were working fine - both Spy and Spider attacked first so the first tank of my opponent was down. Unfortunately, the second one had Stone Skin ability, making it resistant to the Lava Spider's attack. Then, simply leveled cards outperformed my plain vanillas, and the battle was lost for me.

In the second battle, I got a ruleset with a mana cap of 46 and a Reverse Speed rule, granting me an opportunity to use Fire element ghost cards together with neutrals in a much more creative way. Therefore, I picked Tarsa as a summoner and placed plain-vanilla Living Lava as the main tank. Since elements in the battle were restricted to Fire and Dragons, I was pretty sure that the opponent will use the Fire element too, so I placed Disintegrator as the second tank, hoping that Demoralize will give me a bit more survivability. My strategy was to use Sand Worm as the main damage dealer and make everything to keep him alive as long as possible, therefore Molten Ash Golem was the next card in my lineup as it could serve also as the first position card. Sandworm, Lava Spider and Gargolya Devil were the last cards in my lineup and my opponent picked up a build focused on melee damage.

The battle was painful for me. Tarsa with the majority of melee attackers and two cards with Demoralize made my attacks useless against Lava Launcher. Even if I managed to kill Disintegrator and make some damage to the Tenyii Striker, tanky Lava Launcher was too strong and opponents' Sand Worm finished my cards one by one. Battle was an easy win for my enemy even if my strategy was not bad.

Splinterlands is not free to play game, especially for leagues higher than Bronze. Even with the best ideas about strategy and lineup, it is extremely difficult to win a battle against an opponent with leveled-up cards. Using pure ghost deck and reward plain vanillas could work in Bronze, where card level restrictions are more strict than in Silver, but still, it will be hard to progress and win even again bots. Building strong card assets is the heart of this game and now with the Chaos Legion sale is easy to acquire some good competitive cards with low prices. This bargain will more likely finish after the general sale, so it is a good time now to invest in building leveled-up card decks.

Lava Spider case study confirms that - it is a good card but true power is released once it's combined to the higher levels. If you are playing Fire, you should consider having it in your deck, especially in combination with Yodin Zaku.

Thank you for reading and to the next time!

PS. If you haven't registered yet to Splinterlands you can use my referral link to do so and start your adventure today!

Register to the Splinterlands here

PS2. I am a proud member of ONEUP-Cartel, a metaguild and fund focused on NFTs and blockchain gaming founded by @flauwy, @e-rich1, @ricorose, and @r0llingh00d. CARTEL tokens owners govern the Cartel assets and are eligible to receive dividends from Cartel profits. More information about ONEUP-Cartel can be found here:
Join ONEUP-Cartel!