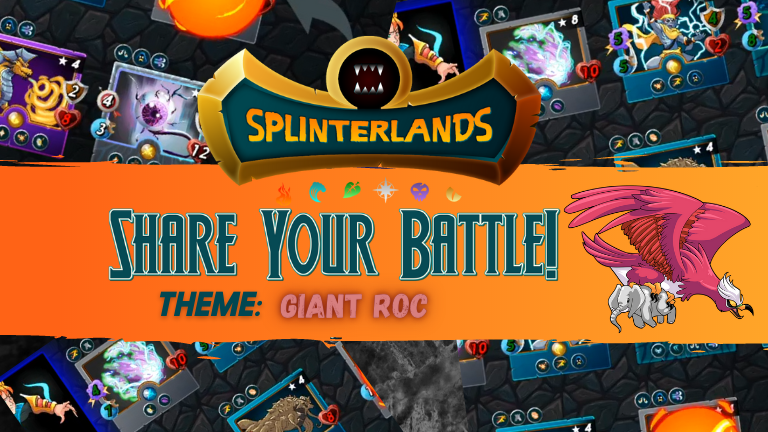 This is my submission for the weekly SHARE YOUR BATTLE challenge, featuring the mighty bird from Alpha/Beta cards edition - the Giant Roc!

Giant Roc and generally fire element is played by me very rarely, therefore I was really curious how this old chap will perform against all new fancy Chaos Legion cards. My fire deck is pretty lame, I was also renting most of my CP, so I just rented plain vanilla Giant Roc and Cerberus and tried to compete with them in the Bronze tier. Battle lineup
How did it go? I took several battles, each time using Cerberus as the main tank due to its heal ability and pretty high melee damage and Giant Roc as a secondary melee card due to its Reach ability. As a gap filler, I was using Serpentine Spy, due to high damage and Opportunity ability. As a summoner, I was using Tarsa from the brand new CL release, giving me a nice boost in melee damage and attack speed. I was hoping that this combo will work in nice synergy, having enough firepower and survivability to beat my opponents.

Unfortunately, probably to my lack of experience playing Fire, every time I tried Tarsa + Cerberus + Giant Roc + Serpentine Spy + gap fillers, I got literally smashed by my opponents, having no mercy to use powerful cards against me. 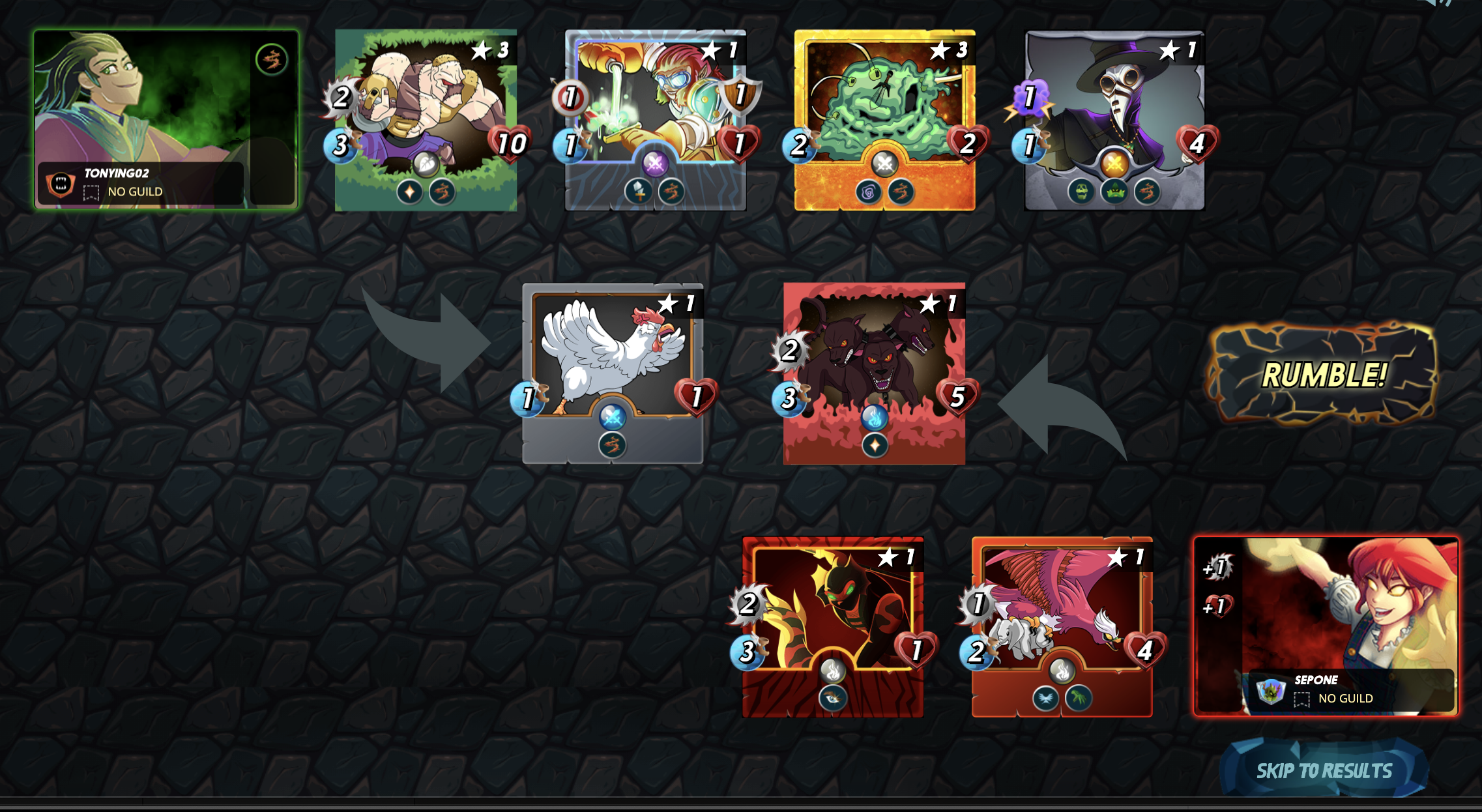 Watch the battles to see how heavily my butt was kicked:
Battle 1
Battle 2
Battle 3

Conclusion
I think that Giant Roc is not a bad card at all, even compared to the new sexy Chaos Legion cards. It has Flying ability and relatively big melee damage, making it a perfect card for the secondary tank. My failures were mainly due to a lack of experience in how to play fire and using just plain vanilla cards combined with a fire ghost deck. Looking into the pretty affordable price of the Giant Roc, I would say it could be still a good choice for Fire players. I personally will progress with my favorite Life element.

Thanks for reading and stay tuned for the next weekly share your battle challenge!

PS. If you haven't registered yet to Splinterlands you can use my referral link to do so and start your adventure today!