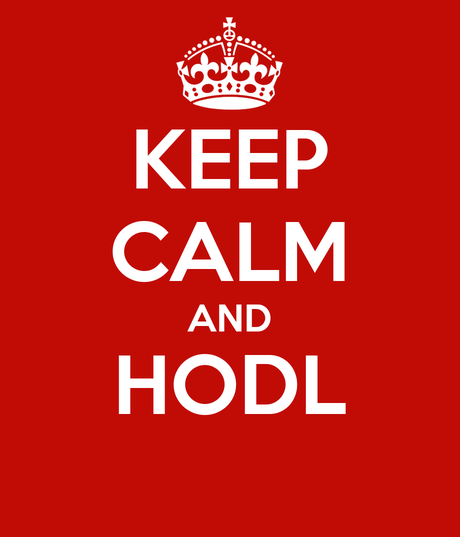 For a few days, we are in the bearish market not only at Hive, but in crypto general. I think it is pretty obvious to many people, but I also want to share my point of view, because in my opinion there is no need to panic. We are ahead of a golden age for Hive and the current selloff is an opportunity to stack as many Hive-related assets as possible. Why do I think that?

Hive already delivered
Have a look into Hive ecosystem and dApps. Look how many fascinating projects are under construction now. Where new blockchains like super-hyped Solana are just starting to build their ecosystems, we already have proven many working apps and business models. Hive is lightyears ahead from other Web 3.0-oriented blockchains and we are in a unique time now, because we are still early adopters. Hive has proven in the last 4 years that can bring value to all kinds of users and investors, not only just once or from time to time, but constantly in the long-term run.

"Steemit war" with the final solution of forking from Steem, operating during several periods of a crypto bearish market, building innovative ecosystem of dApps without any assurance for being successful, and many more - all the “bad” things happened to the Hive so far, making it stronger whenever shit hit the fan. Right now, Hive is stronger than ever before and very resilient for potential upcoming bad things. Community proved that we can defend Hive against internal and external threats. The unique delegated proof-of-stake mechanism used in Hive makes it truly community-governed and community-owned. We have Witnesses truly devoted to the Hive blockchain, making sure that it is running stable and fast. We have a lot of bottom-up initiatives helping to make Hive a stable and secure place for the users. What other blockchains can compete with us?

Hive is a backbone for great projects and communities
Look at the ecosystem which has been built around Hive. It is self-explanatory. Everyone will find something interesting. There are finance-oriented communities and Dapps like Leofinance. There are various gaming projects like most recognized Splinterlands and Rising Star as well as projects still being under construction - PsyberX and Exode are great examples.
1UP, Splintertalk, City of Neoxian, Sports Talk Social are just examples of theme-oriented communities or tribes with their own second-layer tokens distributed amongst community members.
There are also various frontends allowing users to interact with Hive - nevertheless, if you want to post a photo, short message, lifestyle blog or video - there is a frontend for everything. You can become a streamer, gamer, blogger, developer, or all at once. Hive allows you to choose your path in the community-owned and community-driven Web 3.0 ecosystem.

Hive has unique capabilities - scalability and fee-less transactions
Delegated proof-of-stake and institution of Witness gives Hive something special in the blockchain world - fast and fee-less transactions. That's why every resource-consuming project like games and video platforms can run smoothly on Hive, without cost generation to the users. I strongly believe that this will be discovered over time by more and more teams looking for the best blockchain environment for developing their projects. Hive and HBD utility can only grow over time, making them very demanding assets. Why then cash out if we are just ahead of the great boom?

You can earn passively just by hodling
There are so many projects running on Hive offering possibilities for passive income that describing them all would be material for a book or economy PhD thesis. Probably I am not even aware of most of the fascinating ways to generate revenue stream out of owned Hive assets, but there is no reason to sell them if you want to grow your capital. Starting from delegation to curators like @leo.vote or @monster-curator, curating by yourself, earning 2nd layer tokens, renting assets in Splinterlands, delegating to Hive SBI (@steembasicincome), participating in diesel pools, or being an early adopter of new fascinating projects, there are limitless possibilities to grow your account value and still HODL the assets. If you look into a few-year time horizon, there is no reason why Hive could fail and assets would have less utility and value than now.

Conclusion
Those are my biased reasons, don't tread this as any financial advice from my end, you will do what you want. I am personally very bullish about Hive and a lot of underlying tokens created on the Hive blockchain.
So, one more time, don't panic. Keep calm and HODL!