Don't sleep on the passive income potentials of SPS and SPT! 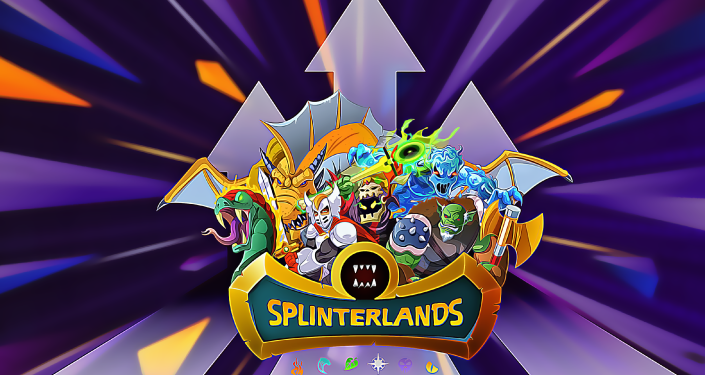 Some advice I have for many of the players out there who have not already investigated or looked into staking SPS and SPT, I urge you to read further!

I started playing Splinterland around a month ago, and have been casually playing and putting in some money here and there. In that time, I had been making a couple cents here and there like any other player from daily quests, the end of season rewards, trading cards and etc.

However, what I don't think most people realize is, there can be some strategies to making more from this game beyond the straightforward way of just winning battles and owning cards. There's also SPS and SPT tokens! Let's talk about SPS first, which everyone who is playing has probably already ran into in their game's homepage. This is the governance token that will give players who own them control over certain aspects of the game in the future. Just for owning cards and having DEC in your account, you can earn lots of money over time with these!

Take a look at my SPS Airdrop snapshot for example: 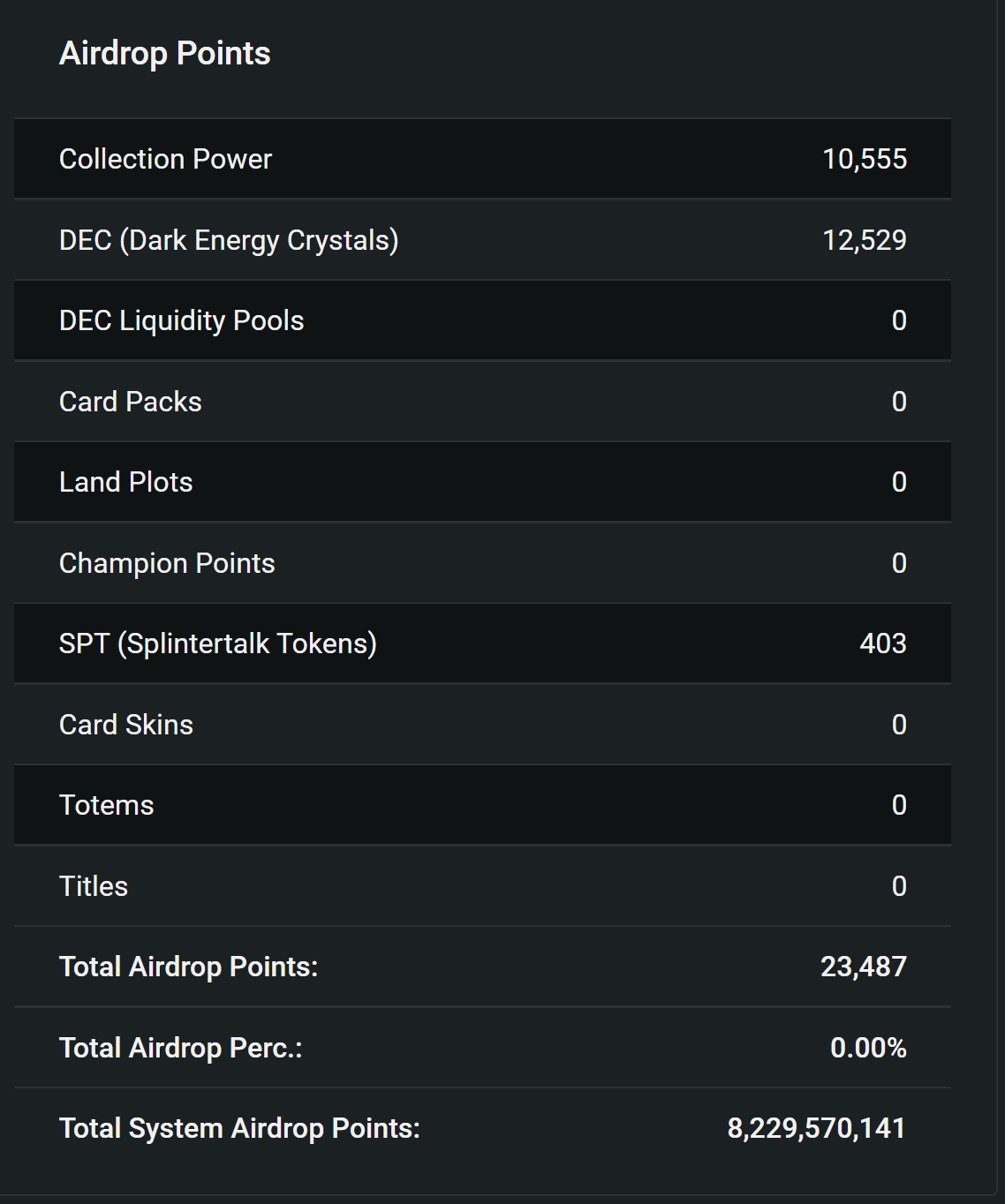 You can see here that my collection power and the amount of DEC contribute to my airdrop points. On top of that, there's a list of other things that also add up to how much you get in SPS everyday. For example, I also have been earning some SPT (which I will talk about later) that are also making me more SPS daily. So considering that you can get some tokens for basically doing nothing, which have the potential of increasing significantly in value in the future.. this is something that all players need to be prudent in making sure they stay on top of! Especially, you should stake your SPS to earn more passive income and basically double your SPS balance annually at the current rates of ~100%. Not to mention, staked SPS will also help you buy Chaos legion packs by giving you vouchers, which can prove to be another very good potential stream of income.

Just look at the exponential growth my SPS airdrops have been going through over the last month here!

In summary, I basically make more than $20 a month for this, which is a number that will only keep growing the more you stake, play and invest in Splinterlands!

In addition, as I mentioned earlier, SPT are another token that can be earned while experiencing this game. Just by being on Splintertalk, you can get rewarded with these tokens by posting informative and entertaining content relating to the game or any other content that will attract an audience! Furthermore, you can eventually build up a big enough wallet to allow you to have more control over how much payout a post received by being upvoted by you. Subsequently, you will also earn a payout for curating other people's posts - growing your account's value in many more ways!

So, if you haven't been aware of this already, what are you sleeping on?

Congratulations @serjeant! You have completed the following achievement on the Hive blockchain and have been rewarded with new badge(s) :