@sharker 74
about 1 year ago
Splinterlands

For a month and a half I have not written new posts here, and I had several reasons for this — but that does not mean that I did not miss Hive :) So now I'm back and will soon continue to share my photos and stories with you, but first I share my very new drawing. Hope you will like it! I already have a fairly large series of pictures in such a style, which I have continued to create for several years, although I do not draw very often now (if you are interested, see a couple of examples here and here). I usually draw real animals and look at their photos from different places and angles for inspiration.

Well, now I decided to draw one from the Splinterlands card game. I am sure many of you have heard about it and are playing yourself, like me :) So the addition to my collection is the Frost Lion, based on the game card from the Dice edition. This time I was inspired by the photographs of the lions and the image from the card at the same time. I really like the idea of ​​such a fantastic animal with a mane made of ice crystals.

Here are the stages. First, I draw the main outlines, and since the animal's face is symmetrical, I only draw half of the image. Then I mirror this half and get a whole drawing already. Additionally, I make a slight asymmetry of the fur on the forehead for a more natural look. Then I start to fill in the contours with the mosaic lines: first the large fragments, and then inside them I draw the smaller ones with the help of thinner lines. This is a rather long and meditative process, but I really like it.

After the contours of the drawing are completed, I choose the colors and start filling the image with them. With the help of shades of color I convey the lighting, so that the picture gets volume.

By the way, I didn't get this final result right away. The first one I made was a slightly different picture, look at the image below. I liked what it turned out until I started to fill the drawing with color, and only at this stage I realized that something didn’t suit me in it. So I decided to redo it a bit. Basically, the decorative part on the forehead began to embarrass me — it began to seem unnecessary, so I gave the picture a more natural look for the animal, at the same time I added a more contoured nose shape.

I think I managed to convey the spirit of the monster — the Frost Lion looks alive and rather fierce. And what do you think? The image was drawn using a Wacom Intuos pen tablet in Adobe Illustrator. It so happens that I do not draw on paper, and for me as a graphic designer, the tablet is just a great tool for digital art.

Well, as with all drawings of animals in this style, I always visualize how they will look on clothes, mainly on T-shirts. I use my favorite free mockup by Ess Kay for that. If you haven't played Splinterlands yet, join in, it's really fun! And this post is written for the Splinterlands Art Contest Week 160.

You can also see my photos in my blog LJ and in my profile on NatGeo. You can read a short interview with me here.

Amazing art! Which program do you use to paint, Inkscape or smth else?

Thank you! I use Adobe Illustrator.

😲
What a look
Great art

@cccf 58
about 1 year ago
Congratulations! You've been awarded with upvote from The Creative Coin Fund. 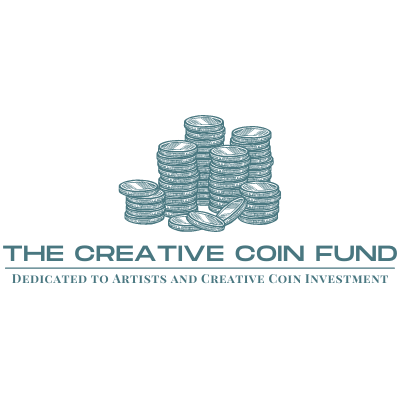 I was wondering where did you get lost, heh. probably soon you will tell us?
have a !PIZZA, my friend

I have had long and eventful trips - and work on their results. It's not over yet, but finally I have more free time to start posting again. I will definitely tell you about it :)

ha! I forgot to tell, tho it needless to stress that, you know for yourself: the artwork is awesome!

Thank you very much :)

Hey mate, sorry to jump in off-topic.
Do you mind reviewing and supporting the Hive Authentication Services proposal? That would be much appreciated.
Your feedback about the project is welcome too.
Thank you.

Wow this is beautiful