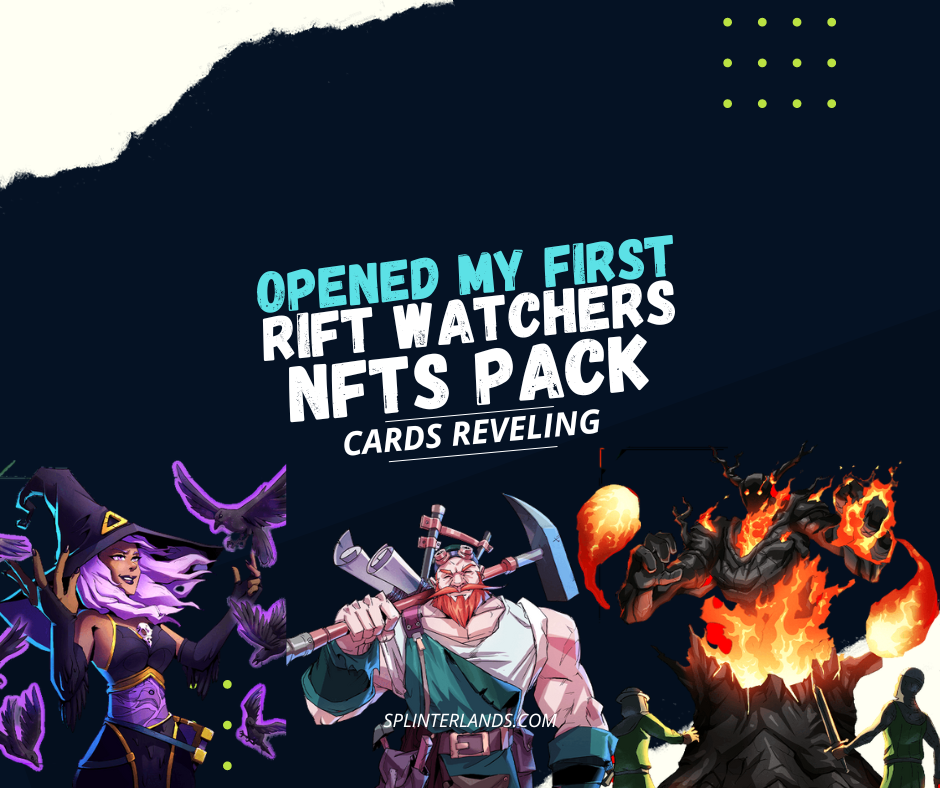 Week nine has started with the splinterlands since I joined it. 4 seasons has been passed and the fifth season is about to end. I am spending more time playing guild fights cause they are awesome to get some good rewards. I am playing guild fight through "Nameless" guild by namelessuncle:)

The fights are really tough now cause mostly I play my battles with high-level players who have more powerful NFTs than mine. I am trying hard to get more NFTs by opening the NFTs packs. Today I have spent 17 hives on the Rift Watcher pack and the Chaos Legion pack which I opened today. The NFTs I got today were so less worth it than the packs that I purchased but if I won games through these NFTs it will be enough for me.

The Rift Watchers Pack is available at hive-engine where we can buy it and can transfer it to the game. The packs are selling at the price of 12 hives so I bought one to test what I can get in it. I got some cool NFTs of the rift edition. The NFTs were from different splinters one NFT is from a neutral splinter, one is from a death splinter, two are from an earth splinter and one is from a fire splinter. The NFTs I got are mentioned below with their details: 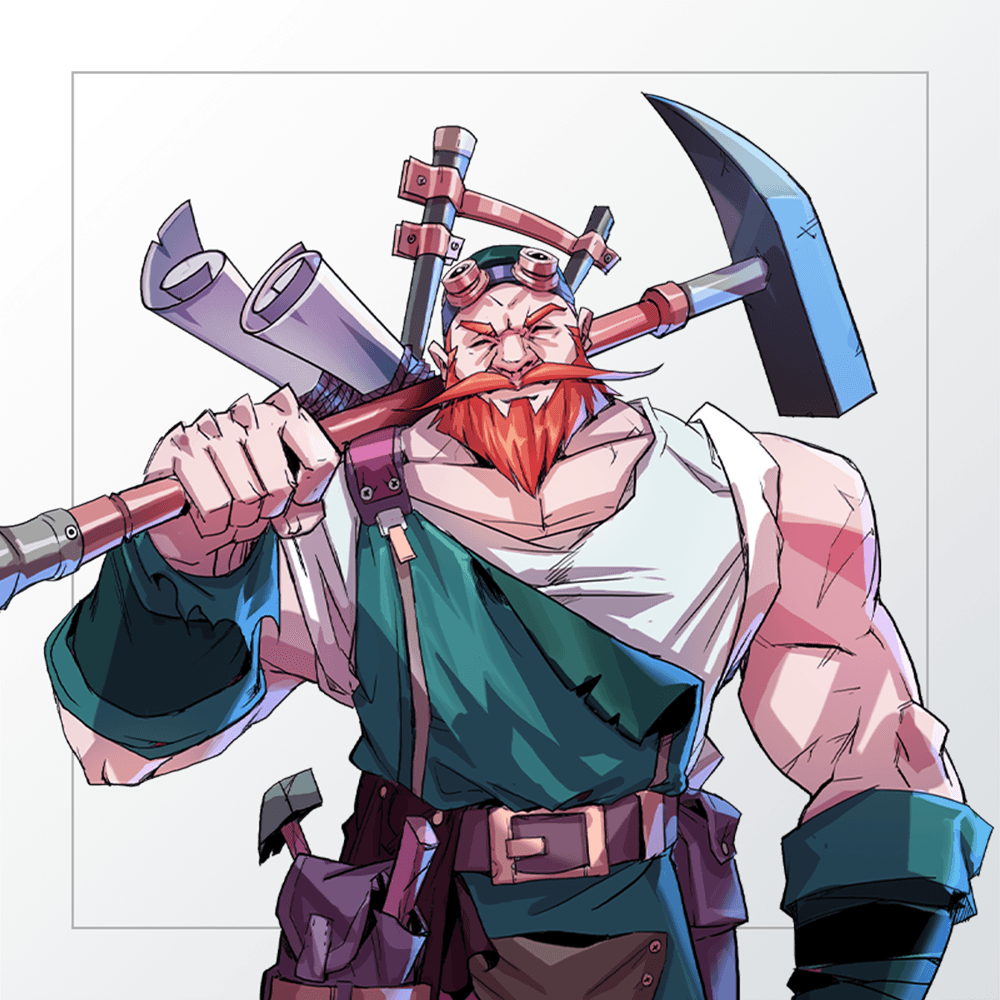 This is a common neutral NFT with two melees, one speed, and seven health. It also has the reach ability: Melee attack monsters with the reach ability may attack from the second position on the team. 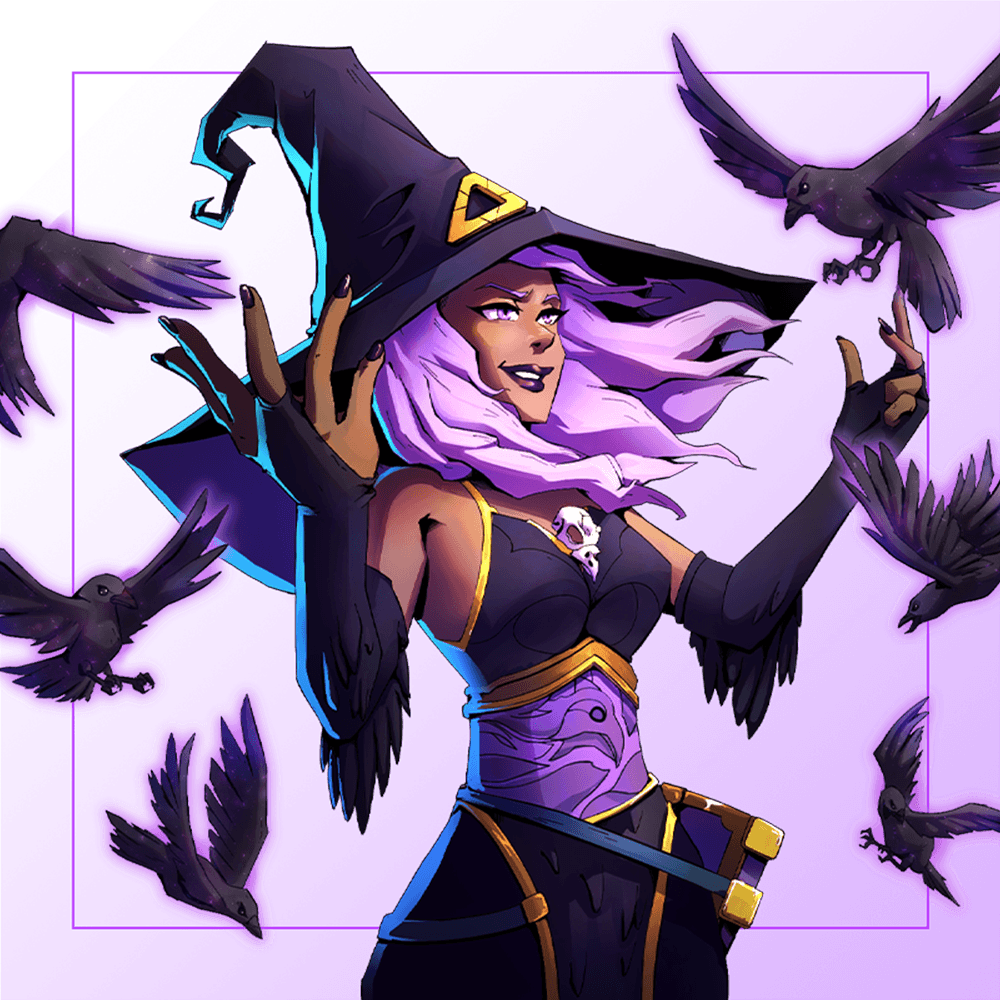 This is a common earth NFT with two melees, one speed, and seven health. It has the enrage ability: Has increased melee attack and speed when damaged. 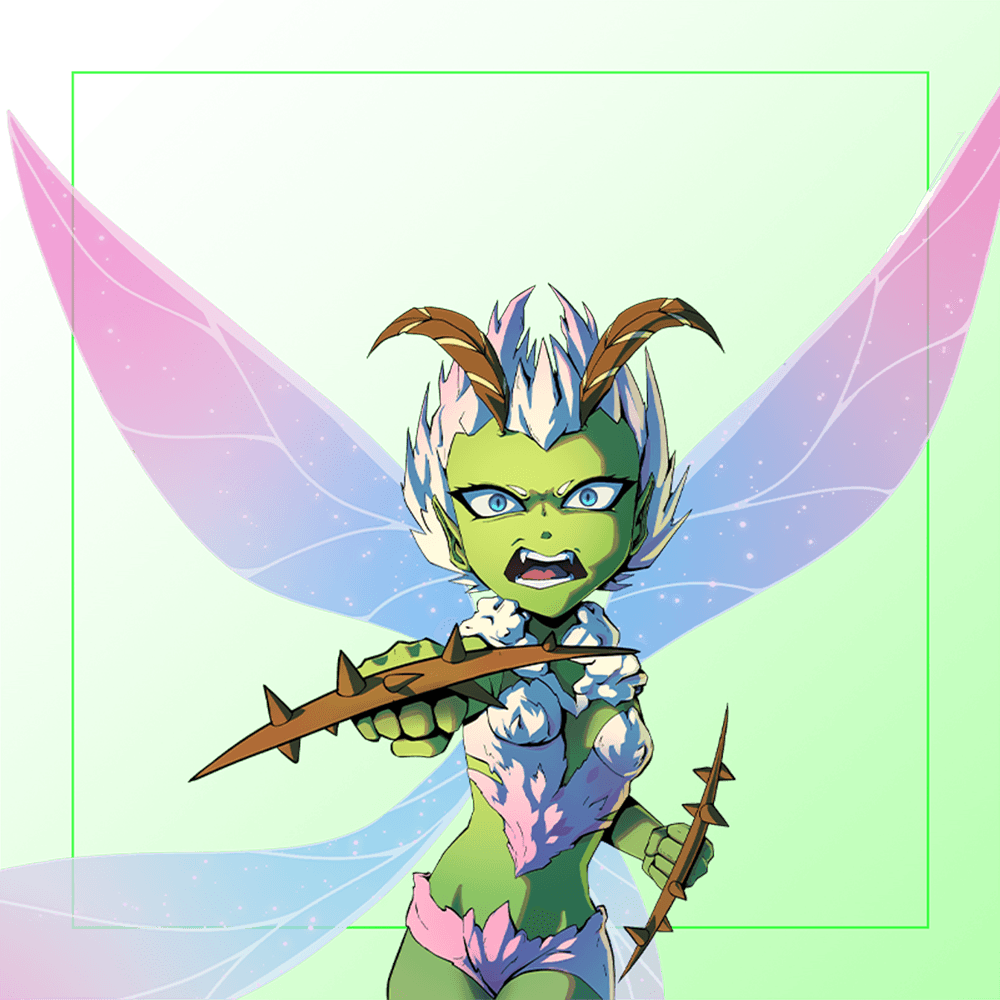 This is a common earth NFT with three melees, one speed, and eight health. It also has the reach ability: Melee attack monsters with the reach ability may attack from the second position on the team. 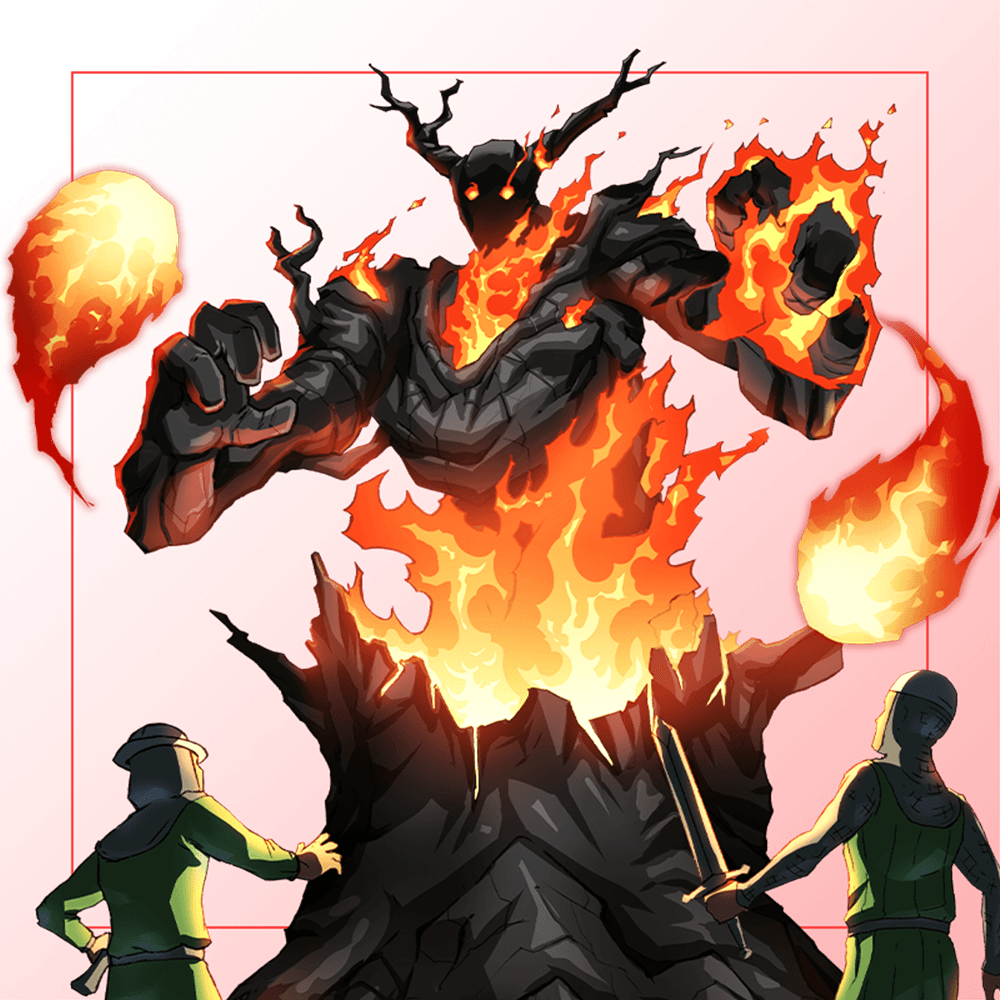 This is a common fire NFT with two ranged, four-speed, and six health. It has the headwind ability: Reduces the ranged attacks of all the enemy monsters.

These were the NFTs that I got after opening the Rift Watchers Pack and you can see this, all of these NFTs are stronger than the Chaos Legion and have more attacking power than the old edition. I haven't used these NFTs yet but they are looking awesome with their powers and abilities. 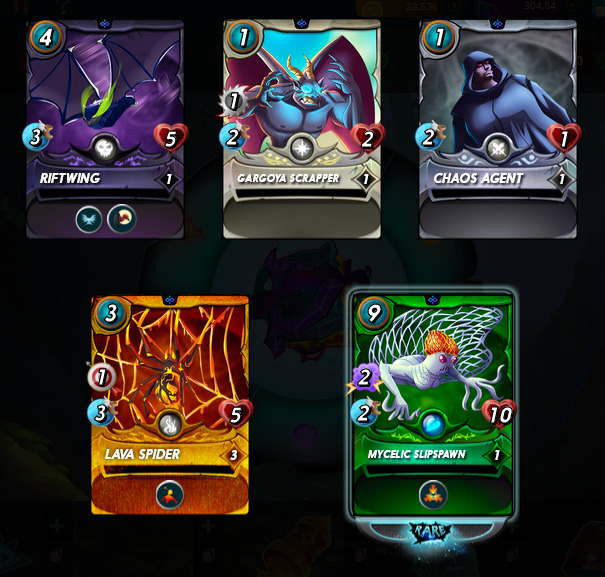 I had also opened a Chaos Legion pack in search of some more NFTs and I got a gold foil NFT with a rare NFT which is also a good NFT. These NFTs are also from different splinters like one from death, one from life, one from neutral, one from fire, and one from the earth splinters. I am mentioning these NFTs below: 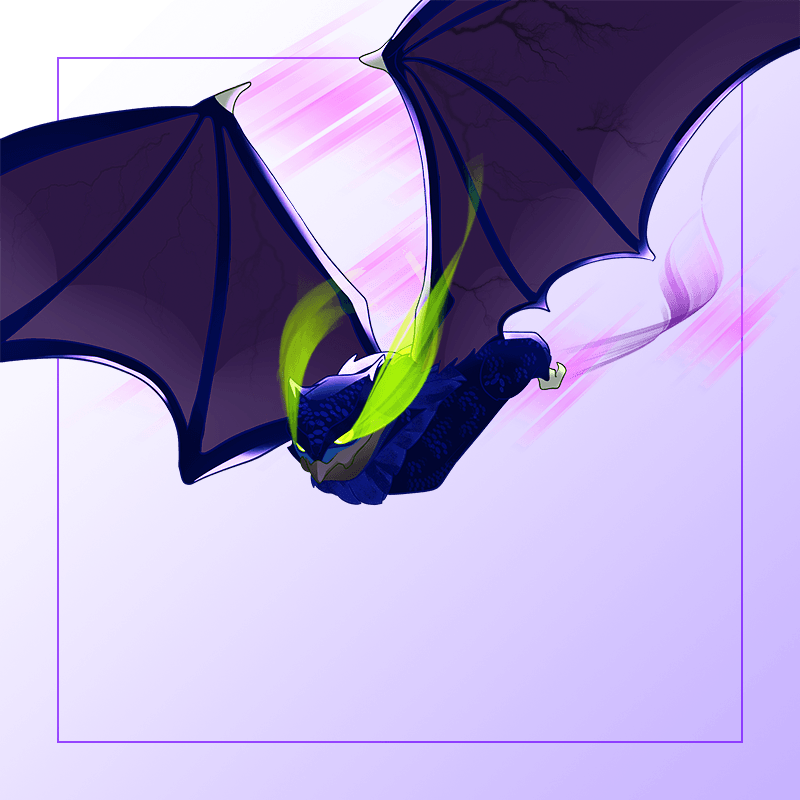 This is a common death NFT with zero attacks, three-speed, and five health. It has a Scavenger ability: gains 1 max health each time any monster dies and also has the flying ability: Which has an increased chance of evading melee or ranged attacks from monsters who do not have the flying ability. 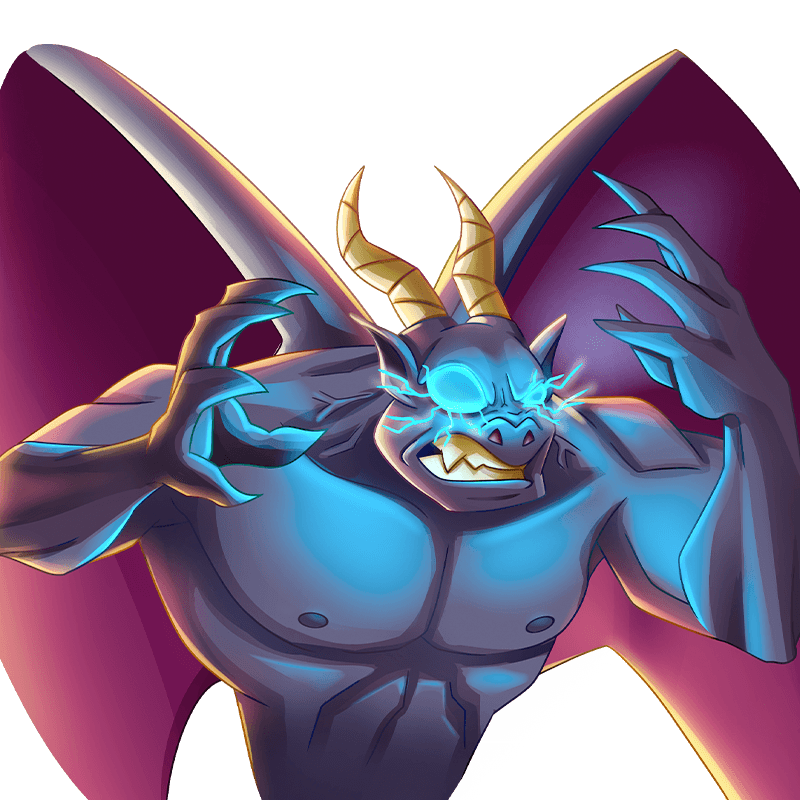 This is a common life NFT with one melee, two speeds, and two health. It does not have any specific ability. 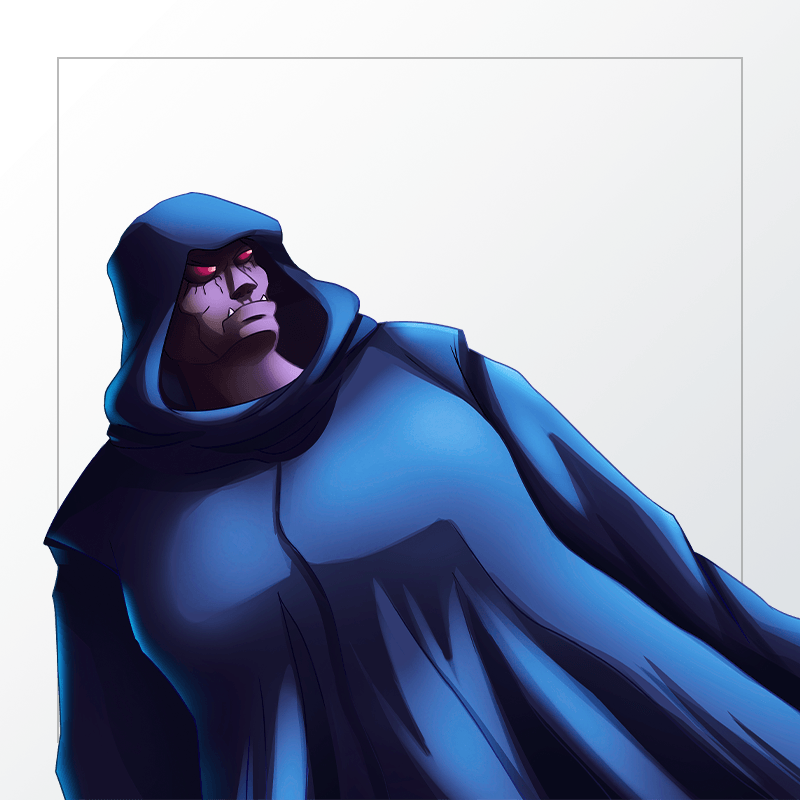 This is a common neutral NFT with zero attacks, two speeds, and one health. It does not have any special ability. 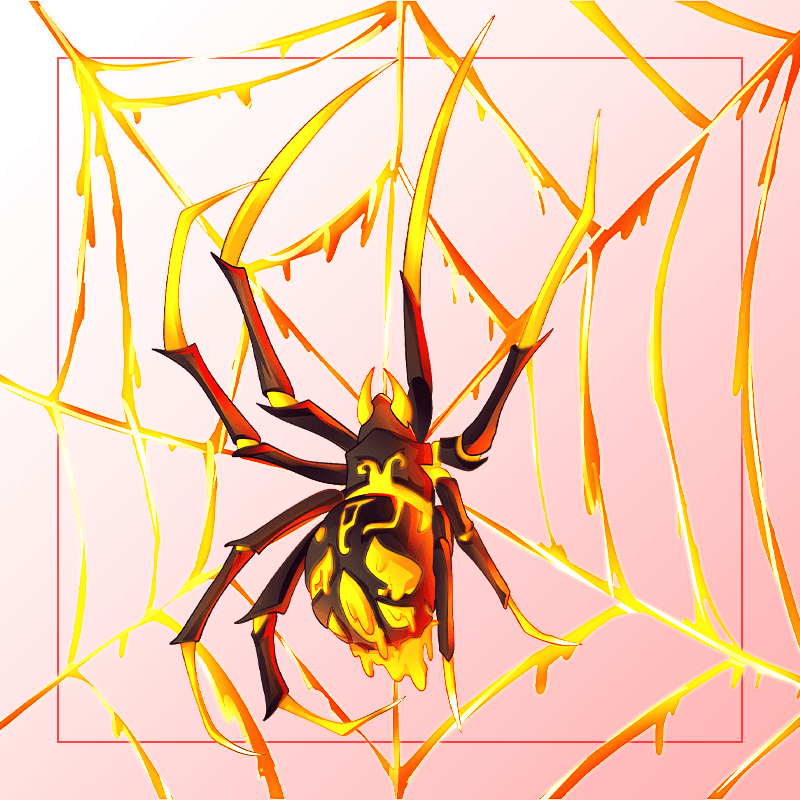 This is a common fire NFT with one range, two speeds, and four health. It has the snipe ability: Targets enemy monsters with ranged, magic, or no attack that is not in the first position.

This is a rare earth NFT with two magic, two speeds, and ten health. It has the taunt ability: All enemy monsters target this monster (If they are able to).

These were the NFTs that I got from the Chaos Legion Pack. The Lava Spider was the gold foil NFT and the Mycelic Slipspawn was the rare NFT both were good NFTs with strong powers, especially the Mycelia Slipspawn who has the magic attack with high health.

Congratulations @shiekhnouman! You have completed the following achievement on the Hive blockchain And have been rewarded with New badge(s)