I bring you another battle! Thank you to the organizers of this fun challenge: @splinterlands and @carrieallen, and those who have been helping in the curation of articles.

You can read about it HERE Melee Mayhem- Melee Attack Monsters can attack from any position.

Given the low Mana and the ruleset of this game:

1. Haunted Spirit: Heal- Speed of 2, Melee attack for 3 -1, Health of 8. This Monsters restores a portion of its Health in every round.

2. Skeleton Assassin: Sneak- Speed of 3, Melee Attach of 1, Health of 3. This Monster targets the last Monster of the enemy team instead of the first.

3. Theme Monster Animated Corpse- Speed of 1, Melee Attack of 2 -1, Health of 6. Although this monster has no abilities, it can attack from any position by virtue of the Ruleset.

WATCH THIS BATTLE! I guarantee you'll enjoy it! My opponent fielded 5 cards three of them were gold cards at level 3.

I was left with only 2 Monsters while my opponent had 4 Monsters standing. But the enemy tank was down to only 1 Health. Once my Theme Monster Animated Corpse eliminated the tank, it was pretty much my battle!

Hahaha... I did the article a day ago 🤣!
Thank you for being first to comment on this article!

I'm seeing a 'ghouly' theme to this battle, but as always sis, you come out on top! Nice job, my warrior sister! Take care and have a good night!🤗😘🌸💕

Thanks for the LUV and the rehive, @pixresteemer!

Your Animated Corpse eliminated the Ant Miners...... are these tanks @silversaver888?
Congratulations on the victory my friend!!!🤗

They are generally used as tanks, @silvertop
Tanks are strong Monsters meant to hold the fort!

Awesome @silversaver888....battle on for the victory!!🤗 Splinterlands is gaining more good attention my friend, many new people to Hive blockchain, and Ladies of Hive is doing excellent as well my friend, congratulations on your hard work!!🤗

I've been playing #splinterlands way back four years ago when we were in steem... it was the SteemMonsters.
Back then and until recently, I used to play... but now, I only hit Diamond III level at the end of each season. I don't much time to play. But I'd love to because there are SPS to be gained... and it is good!!!

Awesome @silversaver888, you have found a niche, and are honing your battle skills!!🤗
Have a wonderful weekend my friend!!

You are really giving good content This is amazing

I know.
Thanks for the token, @stokjockey! 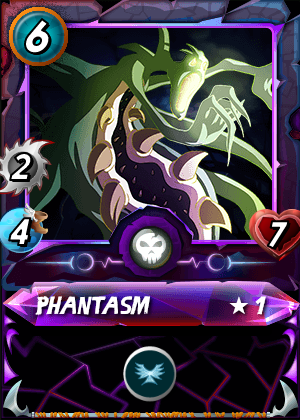 I always use her as a tank during Earthquakes!
I am very appreciative of the gift, @stokjockey!

Thanks for the upvote, @fambalam.