@silversaver888 76
about 2 months ago
Ladies of Hive Even Stevens- Only Monsters with even Mana cost may be used in battle.

1. Use the least number of Magic Monsters.

2. Use Monsters that have the ability to attack from the back.

3. Arrange monsters according to: Melee, Magic, and Ranged.

4. Field as many Monsters as possible. 
1. Theme Monster Crystal Jaguar: Thorns- Speed of 3, Melee attack of 1 +1, Armor of 1, Health of 6. When hit with a Melee attack, does damage back to the attacker.

2. Manticore: Flying, Reach- Speed of 3, Melee attack of 2 +1, Health of 7. Has an increased chance of evading attacks from Monsters that do not have the flying ability. May attack from the second position of the team.

3. Silvershield Warrior: Reach- Speed of 2, Melee attack of 2 +1, Armor of 2, Health of 4. May attack from the second position of the team.

4. Armorsmith: Repair- Speed of 3. Melee attack of 1 +1, Health of 3. Restores some armor to friendly Monster whose armor has received the most damage.

5. Fire Spitter: Flying- Speed of 4, Range attack of 3, Health of 5. Has an increased chance of evading attacks from Monsters that do not have the flying ability.

6. Silvershield Archers: Snipe- Speed of 3, Ranged attach of 1, Health of 3.Targets enemy Monsters with Magic, or Ranged, or no attack who are not in the first position.

1. My Crystal Jaguar takes down the enemy tank Unicorn Mustang. My opponent fielded two of the strongest Monsters and one no-attack Monster. Unfortunately, I have had 6 Monsters hitting them each time. I won the battle before the end of Round 3.

Thanks for the rehive, @pixresteemer! 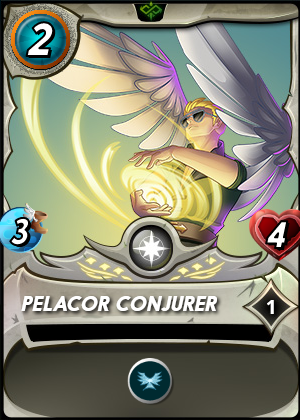 WOW, thanks for the Pelacor Conjurer. One of these days I shall try it out!
Thanks for the token too, @stokjockey!

@stokjockey 71
about 2 months ago (Edited) 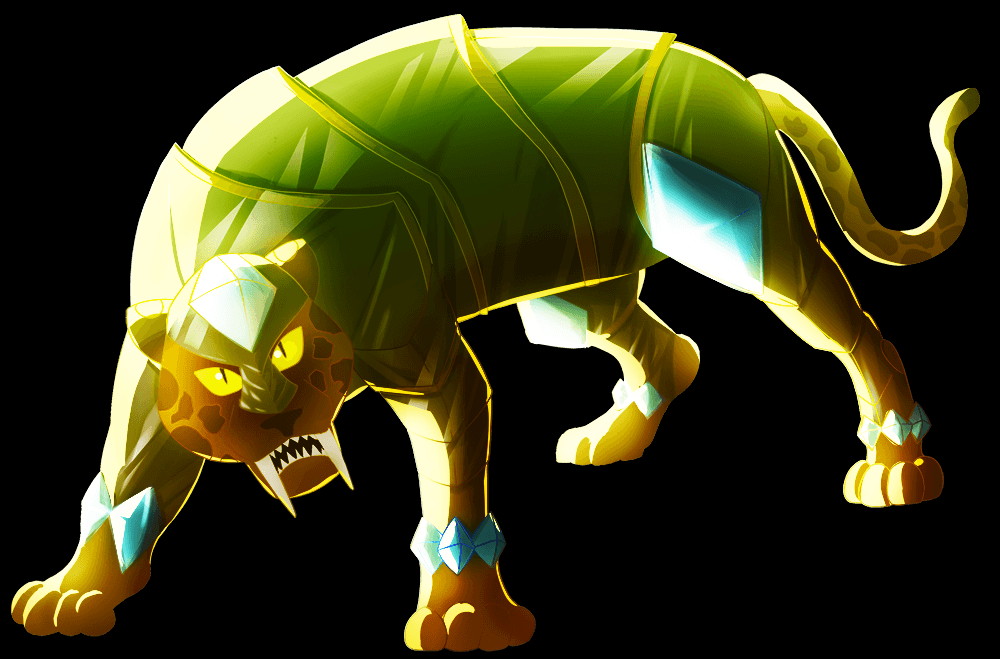 Crystal Jaguar
During the historic Obliteration of Light, a family of wild cats was napping deep in one of the caves of the Crystal Forest. They were spared by the wave of destruction, and over time, with no competition for food, the cats grew incredibly large.

@xplosive 67
about 2 months ago

That is a nice feat. Kron is hard to defeat because of his high health, his healing ability and his good magic attack. Congratulations for winning this battle. I give you some !PIZZA.

Hi Friend @silversaver888, Now I can read Splinterlands post with smile, I finally created an account today and played(which I made a post about), though I don't understand much but I look forward to learning and also your splinterlands post.

Thanks for telling me. After I have responded to all the comments I'll drop by your big, @samostically!

hello dear friend @silversaver888 good afternoon
I appreciate you sharing your game tactic.
I take this opportunity to wish you a splendid afternoon

It's getting busy here, @jlufer.
Thank you for dropping by this splinterland post!

I'm a beginner in splinterlands. I'm going to study your game!

Hehehe, you'll enjoy it 🙃
I wish I had time to play!

My Warrior Woman sis! What can I say? Way to go! I like the jaguar monster!💕🌸😘🤗

Thanks for your support, sis!

Excellent @silversaver888 in three rounds you vanquish your opponent!!!
CRYSTAL JAGUAR looks like a ferocious monster, glad he's on your team!🤗

It looks more ferocious than cougars!!!

It does @silversaver888!😳 I think our indoor "Baby Mountainlion" would run and hide Lol!!

The mountain lion, especially if they are small, are kind of cute!
LOL

They are @silversaver888, especially the little ones that like to snuggle up against you in the evening!😀

Splinterlands is fun!
I wish I had more time, @appreciator, to play 😝😜
Sadly, I only have 10 to 15 minutes daily!
Thank you for your support, it is much appreciated!

You're welcome @silversaver888, that's with pleasure! Thanks to you for your motivation 😊👍 Have a nice day!

Thank you @steemmonsters and @alokkunar121 for checking out this battle.
Your upvote is valuable!

"Sea genies, I wish I had the time and energy to play games...Genie ...Genie?"

Yes, that is always a challenge, sis!
But with Splintershards, the official tokens for Splinterands,
I play at least 10-15 minutes a day.