You can read about it HERE 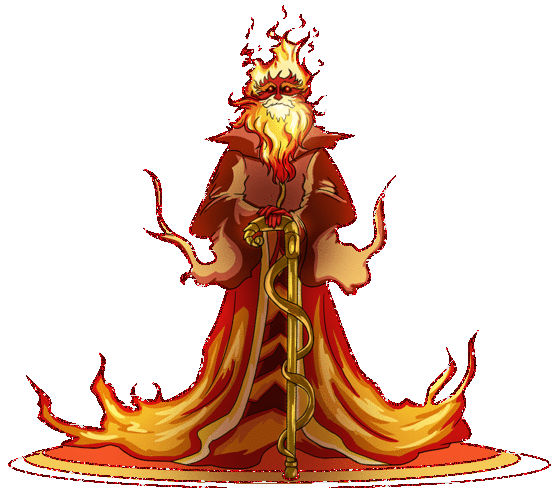 Unprotected- Monsters do not have Armor, and do not get Armor from Abilities or Summoner buffs.

Explosive Weaponry- All Monsters have the Blast ability.

1. Arrange monsters according to: Melee, Magic, and if there are still spots available, Ranged.

2. All monster must have a ability to attack from behind the first position.

3. As much as possible, fill all six positions. 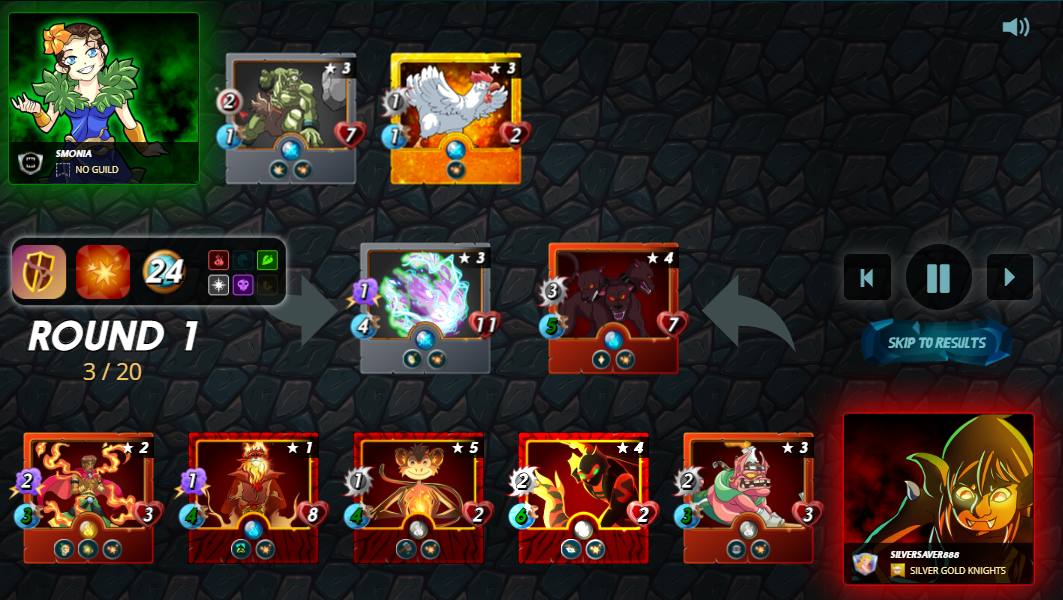 All Monsters have the Blast ability.

2. Kabolt Miner, Sneak +Blast- 2 +1 Speed, 2 Melee attack, 3 Health. Targets the last monster in the enemy team instead of the first.

3. Serpentine Sky, Opportunity +Blast- Speed of 3 +1, Melee attack of 2, Health of 2. May attack in any position and will target the enemy Monster with the least Health.

4. Flame Monkey, Repair- not useable in this battle, but has the BLAST ability like all the other monsters.- 3 +1 Speed, 1 Melee attack, 2 Health. Blast ability does additional damage to the Monster adjacent to the target Monster.

6. Zalran Efreet, Life Leech, Cleanse +Blast- 2 +1 Speed, 2 Magic attack, 3 Health. Monster's Health increases each time it damages any Monster's Health in proportion to the damage dealt. It also removes all damage of the Monster in the first position on the friendly team. 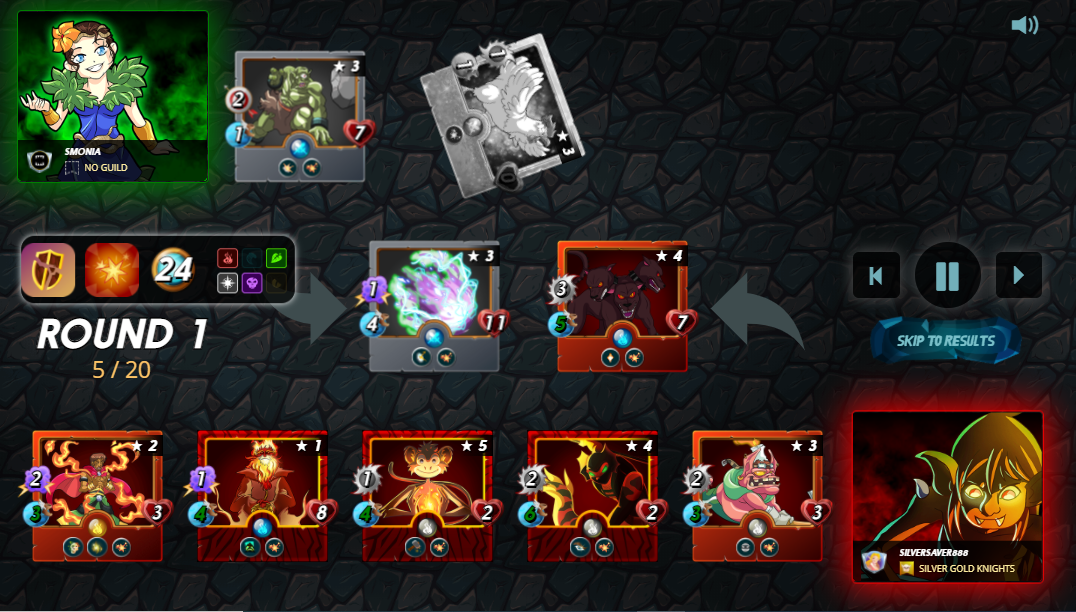 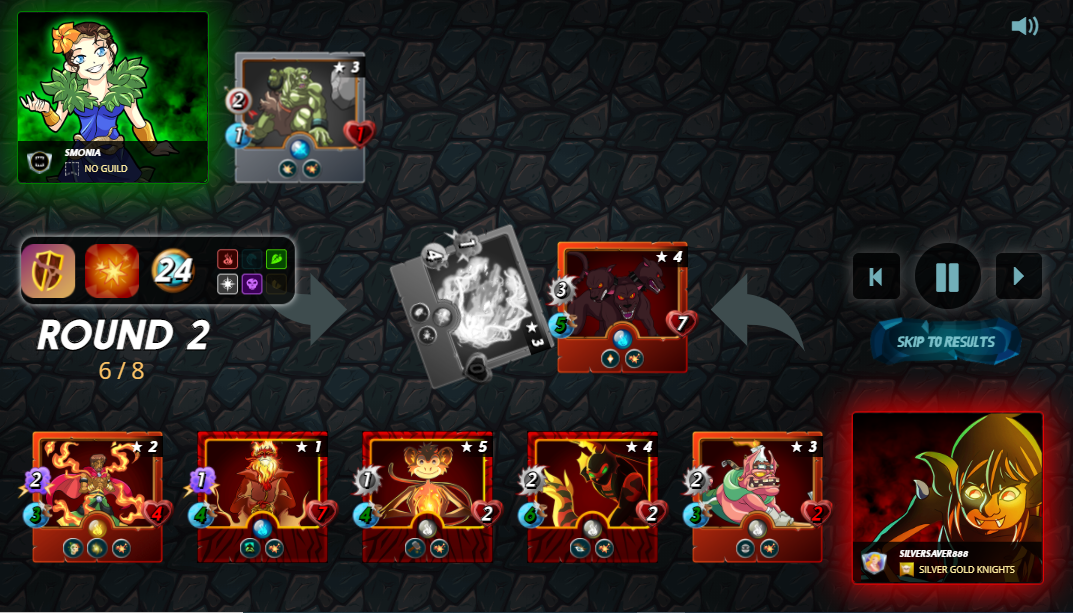 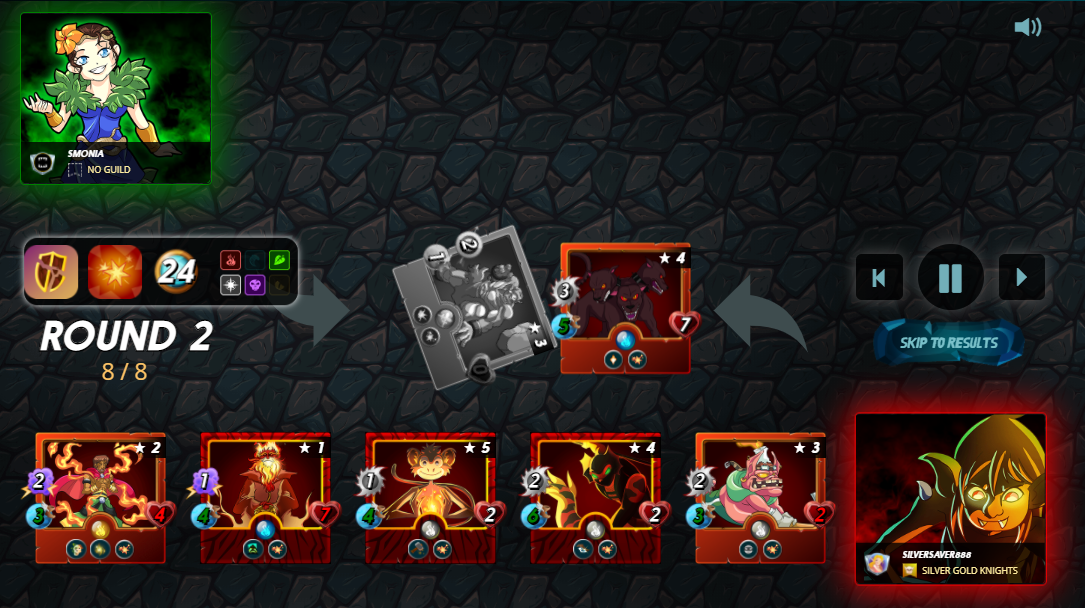 This was an easy win in two rounds. My entire team was intact to the end. 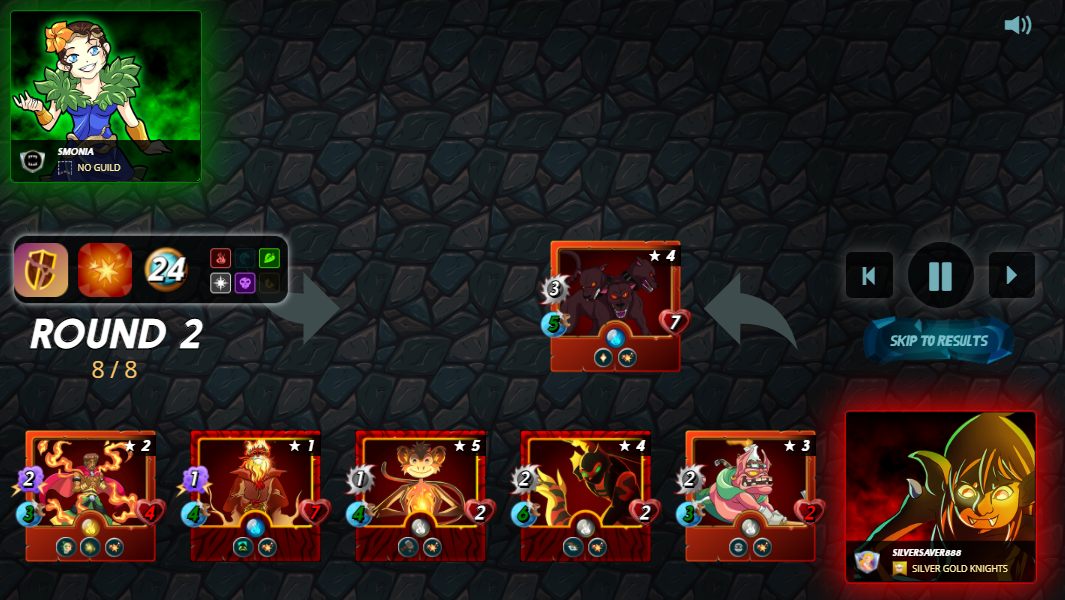 Yes! I love playing, although I don't have much time.

I don't remember this card, tonight I'll check if it's in my collection, if I don't have it I'll take a look at how much it costs.

I just happen to have it @stefano.massari.
I don't know how much it cost, would you believe!

I checked, this card is in my collection and you need $ 0.38 today to buy it... and now let’s play Splinterlands for 10 minutes... see you later

Hahaha... and I got an additional one as season awards, @stefano.massari!

very well! I have not had good rewards this season, it will definitely be better next

You Know I !LUV SteemMonsters Ms. Saver @silversaver888
Your Splinterlands Posts Attract Me Like a BEE to NECTAR........
And You Know I Love HONEY, Honey 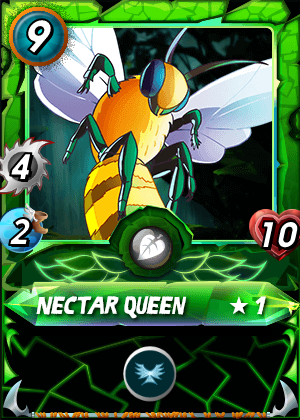 Nice fight. I don't have a higher level Cerberus so I end up using Living Lava or Chain Golem as my tank in fire.

how are you dear friend @silversaver888 good night
I love the strategy you use in your games, it is evident that you know it very well
I wish you a splendid night

Hi @jlufer!
I was starting to worry about you!
I kinda missed you a couple of days! 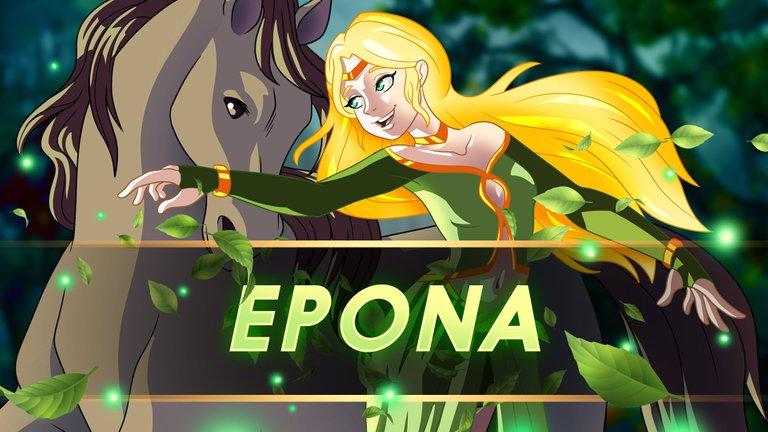 I Thought for Sure You Posed for This Card Ms. Saver
https://hive.blog/splinterlands/@splinterlands/fourth-lzmlre-dice-airdrop-card-revealed

I bought one dice ... far from the 225 guaranteed number, hehehe, @stokjockey!!

I am Listening to the AMA with @aggroed and @yabapmatt and I am Pretty Excited About the SplinterShards Token Air Drop happening at the end of July Ms. Saver @silversaver888 ............
Splinter Shards Will Make You Rich and You can Stake Them Ms. Saver

Two rounds, and all Monsters are intact, awesome @silversaver888!!🤗
Score my friend!!!!😀

That was an easy and quick battle, @silvertop 😀!

Nice job with the battle, sis! Warrior Woman - you need a t-shirt with that on it! Take care and have a good night!

Yead, I need a tee with those @elizabethbit!!!

Thank you so much for coming @ashikstd!
Much appreciated!