@silversaver888 77
about 1 year ago
Splinterlands

Spreading Fury- All Monster have the Enraged ability.

1. Fill all slots with Monsters.

2. All back Monsters should be able to deliver a blow.

3. Position Monsters according to Melee, Magic, and Ranged attacks, and in that order.

Click on the link below to watch the battle. 1. Cerbures: Heal, +Enraged- Speed of 4 +1, Melee attack of 3, Health of 7. Restores a portion of the Monster Health in each round, has increased Melee attack and Speed when damage.

2. Serpentine Sky: Opportunity, +Enraged- Speed of 3 +1, Melee attack of 2, Health of 2. This Monster may attack from any positin and will target the enemy Monster with the least Health. Has increased Melee attack and Speed when damage.

3. Theme Monster ELVEN CUTTHROAT : Sneak, +Enraged- Speed of 3 +1, Melee attack of 1, Health of 1. Targets the last enemy Monster in the team. Has increased Melee attack and Speed when damage.

4. Creeping Ooze: Slow, +Enraged- Speed of 1 +1, Melee attack of 1, Health of 2. Reduces the Speed of all enemy Monster. Has increased Melee attack and Speed when damage.

5. Imp Bowman: Flying, +Enraged- Speed of 4 +1, Ranged attack of 2, Health of 6. Has an increased chance of evading a Melee or Ranged attack from a Monster that doesn't have the Flying ability. Has increased Ranged attack and Speed when damage.

6. Furious Chicken: Enraged, +Enraged- Speed of 1 +1, Melee attack of 1, Health of 1. Has increased Melee attack and Speed when damage. My opponent fielded only 5 Monsters. This gave me an advantage of one blow from the very start.

Despite the low Health of my Theme Monster Elven Cutthroat, it manages to hit and eliminate two enemy Monsters.

My strategy worked. Lining up my Monsters according to there abilities was a sure way to win.

The battle ended in three rounds with all my Monsters intact.

@pixresteemer 70
about 1 year ago

@poshtoken 79
about 1 year ago

@stokjockey 71
about 1 year ago (Edited)

Ms. Saver @silversaver888
Are You Sure That You did not Model for the Elven Cutthroat Card ?, You both have Blonde hair .........
!LUV 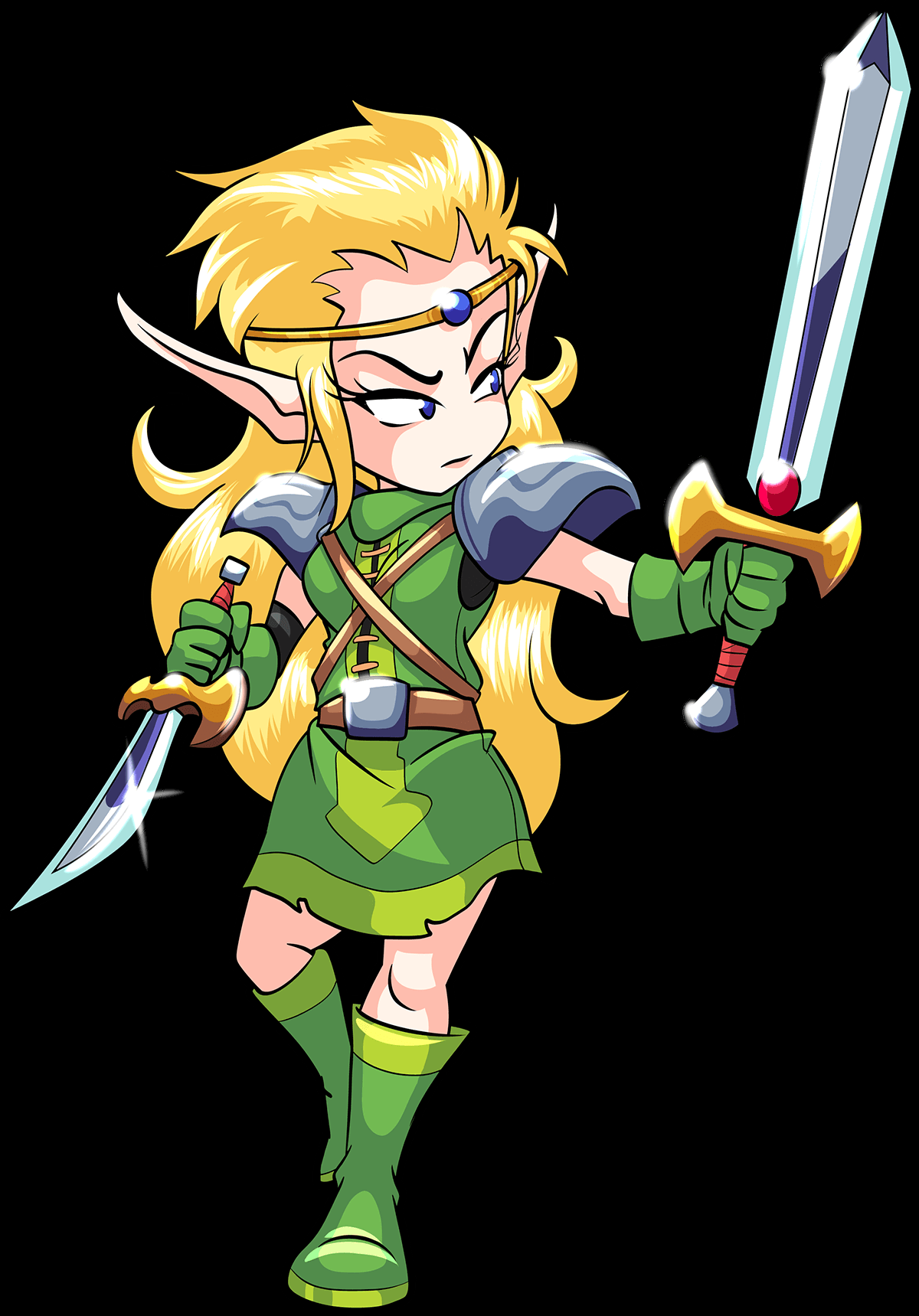 Elves can be found living in many of the forests of the Splinterlands. They live in the trees, but come down often to collect resources from the forest floor. Though the elves are small and beautiful, they always have a seemingly endless supply of concealed knives, with which they are deadly accurate.

Thank you for the details on Elves, @stokjockey. I like the monster, although I don't have her. She is kinda muted in my deck and has a dollar sign, I guess Splinterland has her on loan to me at no cost.
Thanks for the token! I appreciate it.

Well at Least Now I Know You Have Her with Two Eights in Her Card ID.............
You Know I
!LUV
When You do SteemMonsters Posts Ms. Saver @silversaver888 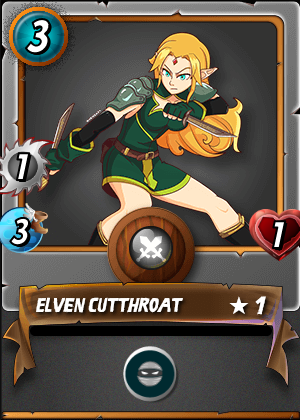 @stokjockey 71
about 1 year ago (Edited)

@silvertop 73
about 1 year ago

Excellent that all of your Monsters were all standing at the end of the battle, and congratulations on another win!! Why did Monster Elven Cutthroat have low health?🤔

Because she's the only card I have. In fact, she's on loan (for free) from Spinterlands!
You earn SPS and DEC playing, you know that, right?

@silvertop 73
about 1 year ago

I think Splinterlands is going to be big @silversaver888!🤗 I always tell my friends about it, so nice to play and earn Crypto!!

My sister, the Warrior Woman! Way to go; and as always, you come out victorious!🌸😘💕🤗

Nice one! Thanks for sharing! Elven Cutthroat is perfect for high speed matches with your summoner!

Oh yes!
I hope to see you ib the battlefield, @plints!

Same! Would be fun to run into each other!