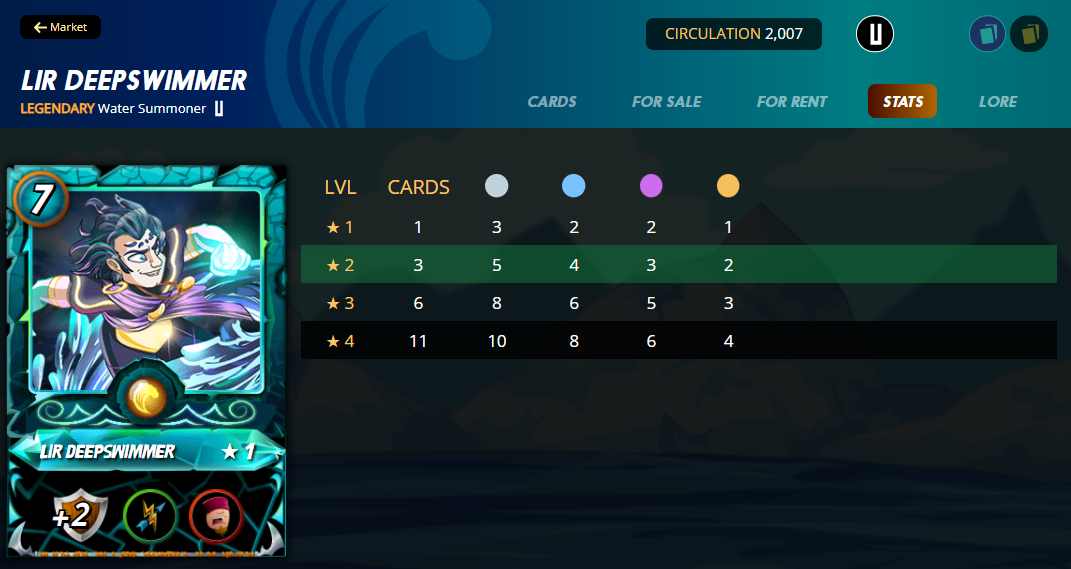 One of the things that impresses me most about Splinterlands as a game, is the depth of strategy and the emphasis on versatility. That sort of depth does not come by accident, and it's clear the devs have spent a great deal of time thoughtfully building it. On a whim, I looked through each of the cards that will survive rotation, and, while I don't claim to be able to predict what will come with the upcomming set, Chaos Legion, there are a number of interesting observations and questions that I hope will spark further discussion.

I'd like to point out that we're only looking at fraction of the picture of what the new meta will look like, and we have to be careful about jumping to conclusions based on the limited data that we have availble to us at this time. But, I believe this will yield quite a bit of valuable infomration on how the devs view the game, and even improve strategies avialable to us now. I would love nothing more than a player far smarter than myself to come along, and point out an amazing strategy I could never concieve of myself.

There is a great deal of room for theorycrafting and design flexibility baked into the very essense of the game, and that is why, no matter what FUD rears its ugly head, you can know with confidence this game will stand the test of time.

Before we begin, I'd like to give special thanks to @jakkal, @drabs587, and @reseller. Jakkal provided me with all the screenshots used in the article, and Drabs in addition to Reseller gave me the push I needed to jump into splintertalk. Without them, this article would not be possible.

Summoners (3/26 cards):
Summoners are important cards that are required to summon monsters for play. One must be selected every battle, and embue certain bonuses to your team, inflict certain detrimental effects to the opposing team, or a combination of the two.

Tournament Grinders are well acquinted with Lir Deepswimmer, and he is reguarly featured on Bulldog's stream. Despite this, I am often surprised to encounter players who have never heard of this splashy, legendary untamed summoner. Lir Deepswimmer provides +2 armor to all allied monsters, gives all allied monsters return fire (which leads me to believe blue would only get amplify on a summoner), and inflicts blind all enemy monsters when attacked. Lir can certainly be played with magic, but he sees the most play with ranged and only occasional niche play with melee. 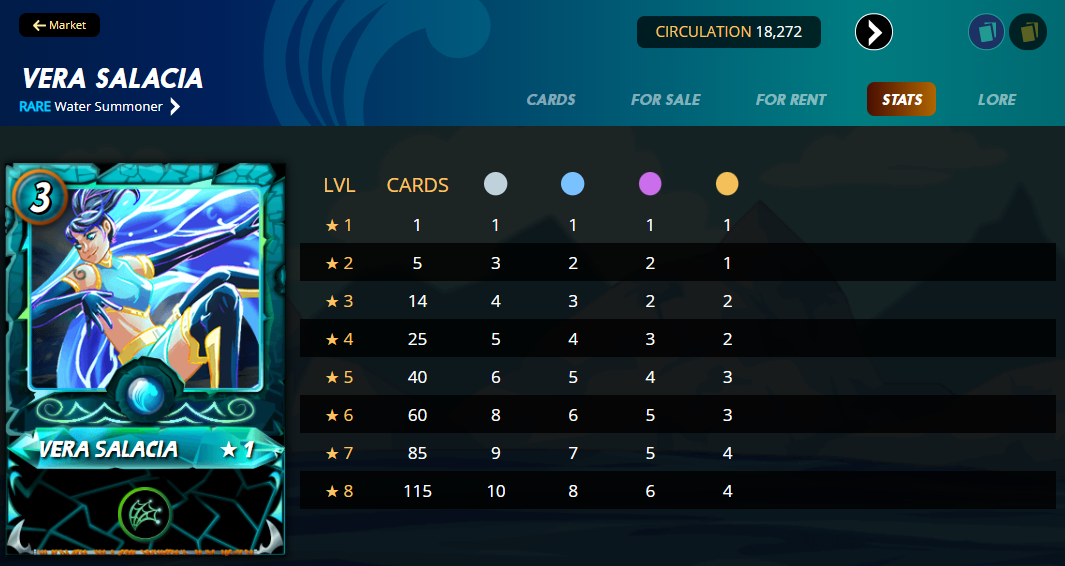 Vera Salacia gives all allied monsters ensnare, which removes flying from an enemy monster, and it guarantees a hit agaisnt a monster with flying until it is removed. Vera Salacia's primary claim to fame is that she is a summoner that is extremely cheap to max out, and considering how few summoners are ingame, that is certainly a consideration. There is fear that Chaos Legion will release a cheaper summoner, so approach this summoner with care as part of a larger, more diverse portfolio. 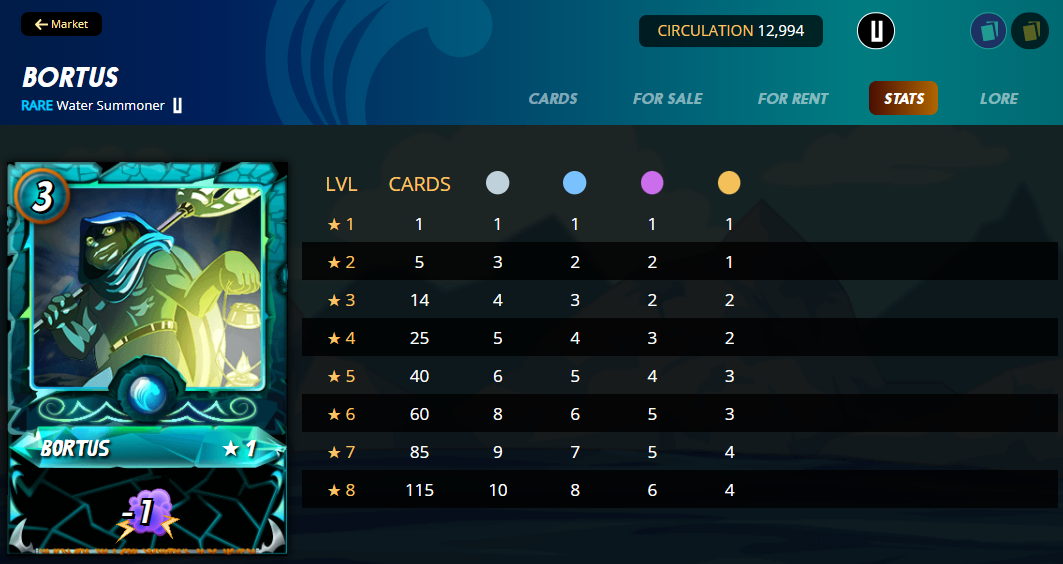 Bortus sees a great deal of play in bronze and silver, as it's one of the starter cards. He is quite useful at countering players who spam mylor comps and players spamming Alric Magic comps alike at low levels. I recommend using Bortus to counter mylor, who is often accompanied by Unicorn Mustang and Mushroom Seer, with ranged water monsters, especially Axemaster. I would avoid snipe in picking ranged monsters to counter mylor, as taking out the wood nymph, who might be positioned too well to snipe anyway, is not worth the trade off of simpy powering through the front line with superior damage output. Remember to check your opponent history each match! Click on the splinters to see their exact comps, and take full advantage of the transparency the blockchain provides!

Melee: (8/26 cards):
Melee monsters attack only from the first position unless a ruleset such as reach, sneak, or oppurtunity is in effect. 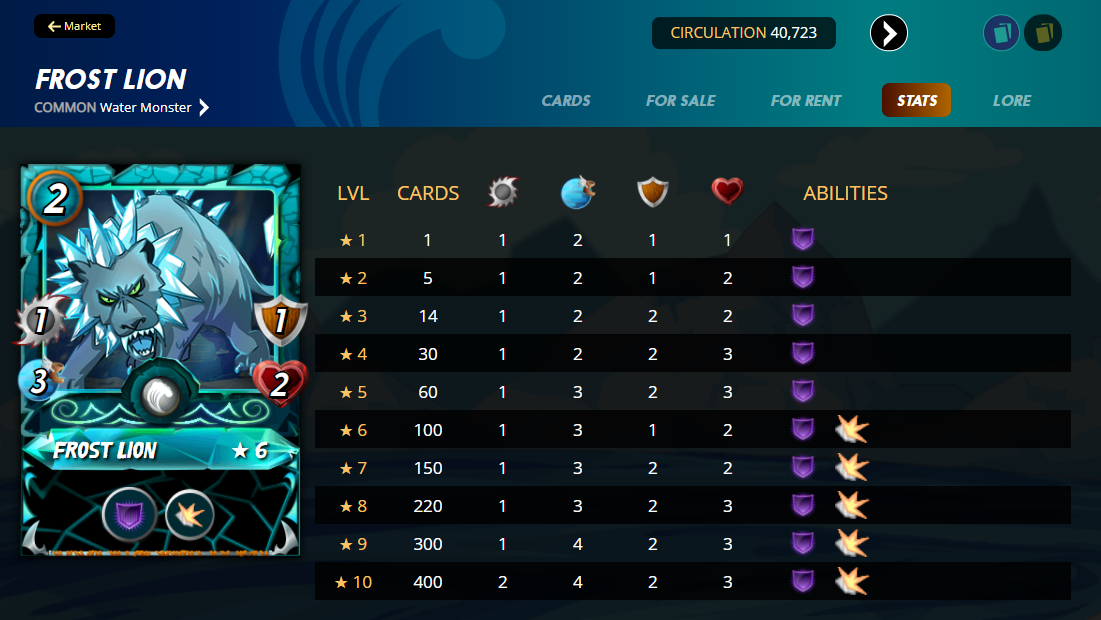 Frost Lion appears quite weak at first glance, but ignore two mana creatures at your own peril! Kelp initiate may edge out frost lion in most cases, the void armor in the protected ruleset (+2 armor to all monsters) and the shield agaisnt weak melee in the first position, can make this card better in some circumstances. It's the edgecases that make this game so interesting! Void armor causes all magic damage to apply to armor before health, and shield reduces all damage from melee and ranged by 1. This makes Frost Lion particuarly attractive in the protected ruleset when an opponent would be incentivized to run magic to circumvent the additional two armor each monster recieves. His low health could potentially cause oppurtunity monsters to attack him before other monsters, which is a cost benefit analysis to consider. 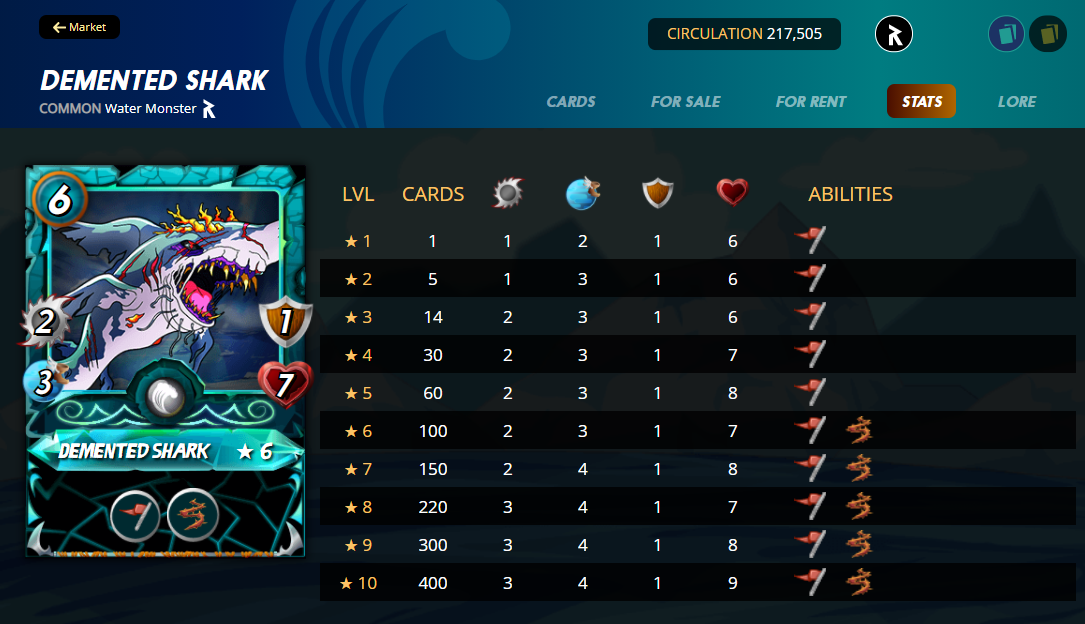 Demented Shark has Inspire at level one, which adds one melee damage to all monsters, and he gains thorns at level 6, which deals two damage to any melee monster who damages Demented Shark. Demented Shark is an intriguing card concerning the current melee distribution is relatively sparse in the water splinter. Water, at this time, leans very heavily on Ranged and Magic lacking many of the powerful sneak and oppurtunity cards such as Silvershield Assassin or Dragon Jumper (though Pelacor Bandit is a very impressive addition!) to fill out the remaining slots. Daria is one way to leverage Demenented Shark granting access to powerful Dragon cards such as Robodragon Knight and Dragon Jumper. Byzantine Kitty is another Dragon Summoner to consider with Demented Shark, as she adds two speed to all allied monsters, which also pairs very well with Serpent of Eld giving him even more evasion chance, adds a tank heal to your allied tank, which again pairs well with Serpent of eld who does not have heal naturally, and true strike to all allied monsters ensuring nobody misses their target. True Strike is especially useful for level one sandwrom who only has one speed and is infamous for missing his target except in reverse speed. I optimisticaly buy Demented Sharks hoping for more melee support in Chaos Legion. It's a risky buy, but it's my one yolo in my portfolio. 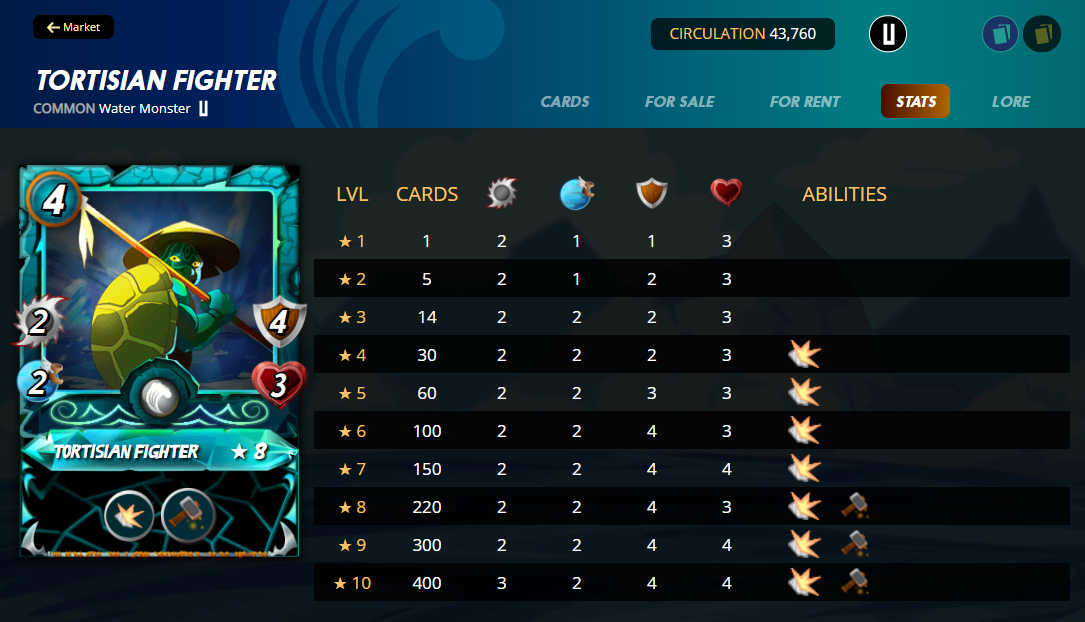 Repair, which restores armor to the creature whose armor has taken the most damage, and Shield make Tortison Fighter an interesting choice at higher levels. Unfortunately, I don't have the cards to give him a test run and experiment. I would love to know if some of the tournament grinders have come up with some unique and creative uses for him. He intrigues me, but I have to admit my ignoarance on this card. 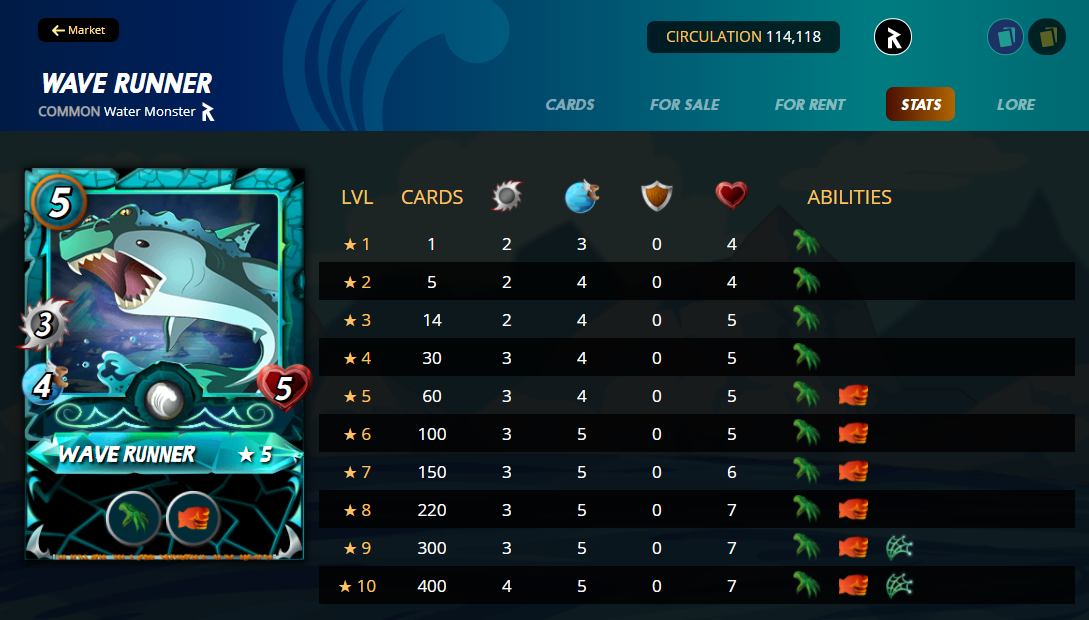 Wave Runner has Reach at level one, which allows him to attack from the second position, Knockout at level 5, which deals double damage to an opponet's monster who is stunned, and ensnare at level 9, which makes his attacks against monsters with flying guaranteed to hit till they lose flying, and removes flying when a monster is damaged. Wave runner is a fun card to pair with Dragon Jumper who is faster than him by a wide margin but often hits a diffrent target. Twilight Basilisk's second stun chance is likely more valuable, but wave runner can still be a fun option. Perhaps, depending on Chaos Legion design, Wave runner might be made better. I consider this a riskier speculation buy than Demented Shark, but I do like the sharks. It's a shame Sabre Shark is rotating out. We need Shark Tribal. 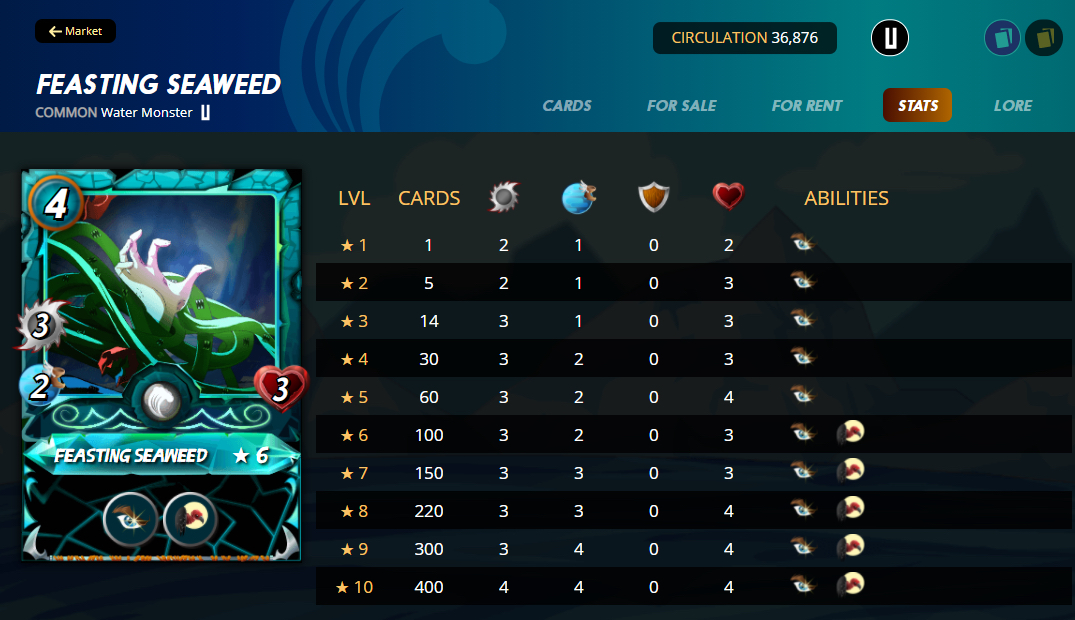 Feasting Seaweed, while a tad slow, is a fantastic card with oppurtuinity, which means feasting seaweed attacks the lowest health monster from any postion, and he gains scavenge at level 6, which grants feasting seaweed one additional max health every time any monster dies. Feasting seaweed pairs very well with Kitty who grats true strike and additional speed, and pairs very well with Dragon Jumper as a second source of oppurtunity damage. I also love that Demented shark ups him to 3 damage at level one and 5 damage at level 10. I'm very intrigued by this card, and I wonder if he ever sees play in tournaments. 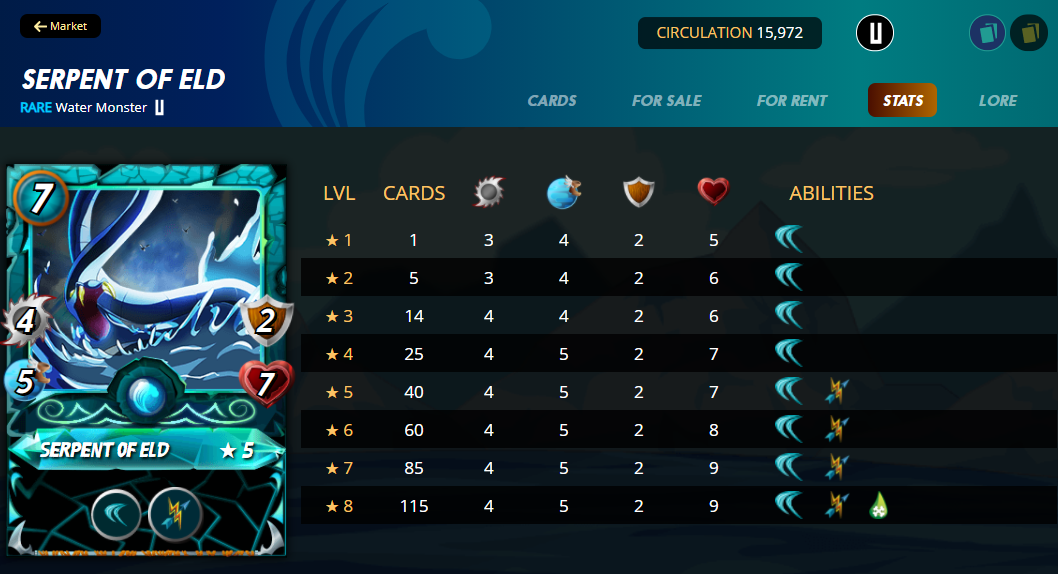 Serpent of Eld is a powerhouse I hear quite a bit about from tournament grinders, and I can see why, it's an incredibly well costed card. Pairs amazingly well with Kitty for more dodge chance via the plus two speed, and can really give ranged a run for its money at level 5 with return fire, which deals reduced damage back to opponent ranged monsters who damage Serpent of Eld. With 3 damage at level one and 4 damage at level 3, he is no slouch on the front lines. Seven mana for seven health, two armor, three attack, dodge, and five speed at level one, he represents quite a strong value for board state effect to mana ratio. This is one splashy water splinter card. Just look at him go on his artwork! (100 DEC to the first person who tells me why I specifically made that pun about Lir Deepswimmer and Serpent of Eld). 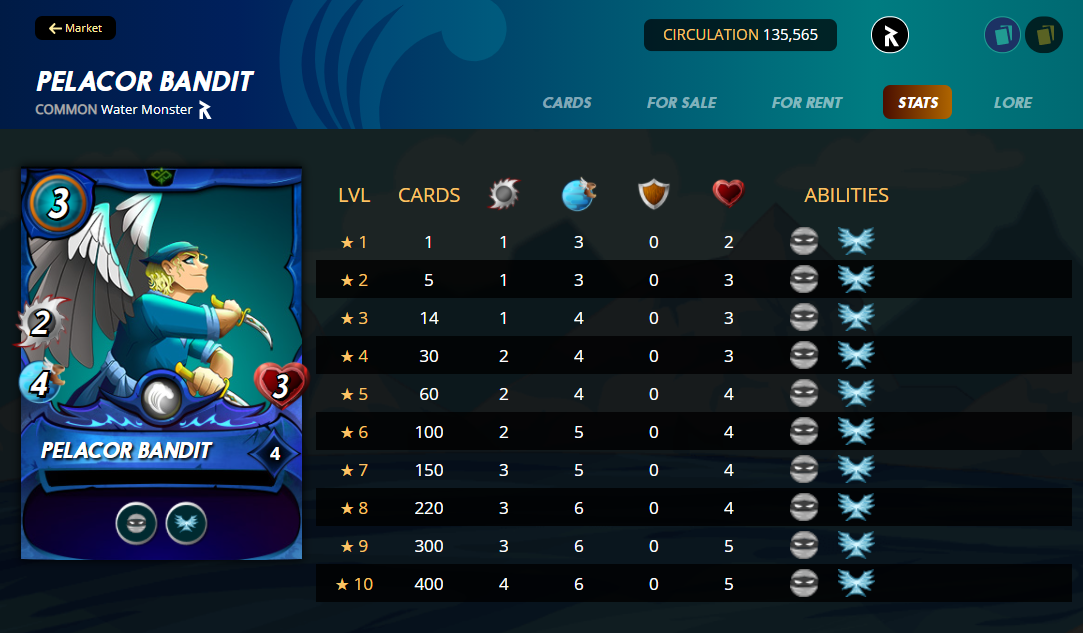 Pelacor Bandit has Sneak, which allows him to damage the monster in the last position from any position, and flying, which makes him immune to earthquake and gives him +25% dodge chance. While Pelacor Bandit gains no other abilities as he levels, he does boast an impressive 4 attack at 3 mana making him a very powerful sneak creature almost matching sandworm for damage. This is a card you don't want to sleep on, and I do believe it puts an optimistic light on the potential water melee support I speculated about earlier. 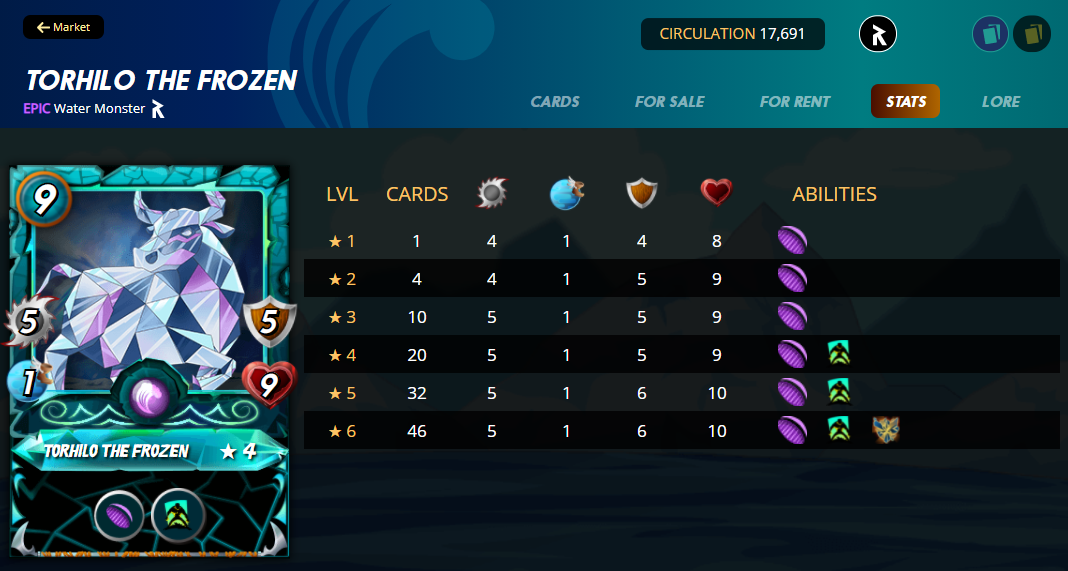 Our Final card, Torhilo The Frozen, is one of my favorite high mana tanks. While RoboDragon Knight has my heart at 11 mana, I find Torhilo provides a budget counter to Bronze/Silver Alric and Mylor players alike. Void, which takes -1 magic damage from all sources, at level one is quite important. Add in five attack, Five Armor, and Nine Health to make him quite a beast in novice and bronze. The Last Stand and Shatter makes him interesting at high levels. I would love to hear back if he sees a lot of play, but he is a good card to run in bronze nonetheless.

I want to be careful not to jump to conclusions about design, but a couple questions come to mind surveiling the cards that survive rotation: the melee cards seem half built for some very powerful mechanics, was it built with Dragons in mind, or both? As we will see soon, Water Ranged is also quite strong, as many tournament grinders are quite well aware, but will Chaos Legion swing more towards one damage type? Will it attempt to balance it all? Are there tips in the lore that can swing one way or another? There is far more that we don't know than what we know, and I'm thrilled to enter Chaos Legion spoiler season with my mind and eyes opened wide ready for discovery. What an exciting time to join the game!!!

Congratulations @sketchygamerguy! You have completed the following achievement on the Hive blockchain and have been rewarded with new badge(s) :

Coral Wraith and the Serpent of Eld saved Lir when his boat capsized, Lir got caught up in the anchor, and with great team work the wraith and serpent got him to the top.

You got it right! You found that surprise giveaway quick! Sending you the 100 DEC now!

Very interesting insight.
Water is my main deck, too. Glad to see full depth insight post like this.
Cheers.
!PIZZA

@sketchygamerguy! I sent you a slice of $PIZZA on behalf of @tedus.