Lira strode atop the high stone walls of her manor; the surrounding mountains formed a jagged line against the stormy sky. A wild wind rippled her black gown and even blacker hair, a stark contrast to her pale skin. The wind carried the scent of pine from the trees, mixed with the scent of death from the corpses that hung from the manor's towers.
﻿
﻿She stared down at a lone figure on the bridge over her moat. Even in the darkness of the night his golden armor gleamed. He stared up with a look of righteous determination. She smirked down, one hand on her hip. "Lira the Dark!" ﻿he shouted, sword held aloft. "You have been found guilty of vampirism, torture, murder, extortion, and a long list of other heinous crimes. I ﻿have come to bring you to justice."
﻿
﻿"Oh?" she crooned, leaning forward and cocking an eyebrow. "Just you, little boy? ﻿The people send one lowly soldier to battle me?"

"I am of the order of the Paladins of the Sun! ﻿All manner of undead and monsters have fallen to my blade. As will you."
﻿
﻿Lira rolled her dark eyes. This man had a great deal of bravado, as did every self-righteous holier-than-thou champion that came to her gates. She spread her arms wide and said, "Then come face me, Paladin! ﻿Let's see how strong you really are."
﻿
﻿The man rushed for the doors to her manor, but she saved him the trip. Lira twisted in the shadows and vanished entirely. She reappeared within the shadows of the great arched entry to her home. The Paladin pulled back in shock.
﻿
﻿"Demoness!" ﻿he spat.
﻿
﻿Lira chuckled. "You know nothing of the darkness yet, boy. This will be a very long night for you."
﻿
﻿He shot forward, sword arcing high. The blade glowed, but not enough to pierce the eldritch darkness that surrounded her manor. She flicked her hand, and the shadows materialized around her, forming into daggers of darkness. They shot forward and slammed into the Paladin. His sword was ripped from his hands and fell into the moat below. Cracks spiderwebbed across his armor where the daggers had pierced, and a line of blood trickled down his cheek where one of the dark spikes had sliced across his cheekbone.

Lira darted forward in a burst of inhuman speed and ferocity. Her hand snapped out and grasped the front of his breastplate. With a laugh she yanked it off him, snapping the various clasps and buckles that had held it in place.
﻿
﻿The Paladin stumbled backward, thrown off balance. He twisted his stance to regain his footing, then came in for a punch.
﻿
﻿Lira side-stepped, one hand grasping his wrist while the other grabbed his throat. She squeezed hard enough to leave him gasping as she pulled him effortlessly to within mere inches from her face. She could see the fear in his blue eyes and the realization that he had underestimated his foe.
﻿
﻿"I…will not…become a vampire," he choked out.
﻿
﻿She laughed, and her lips stretched wide into a sharp smile. "Oh no, dear…you will not. You will be tonight's entertainment." Love this! how to get in touch with David Dahdah for voice/audio book work?

Awesome Read I just Pulled her and the Fiend from the last pack out of the 10 I bought this week Im so pumped with the pull. And now I know the lore for Lira Thank you for the post!!
![Lira the Dark.jpg] 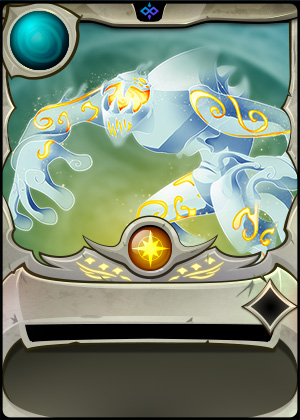 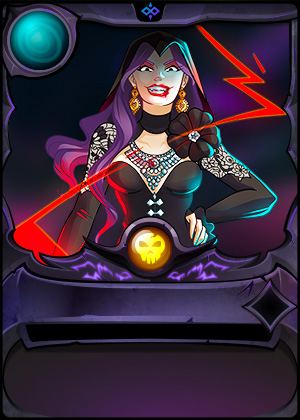