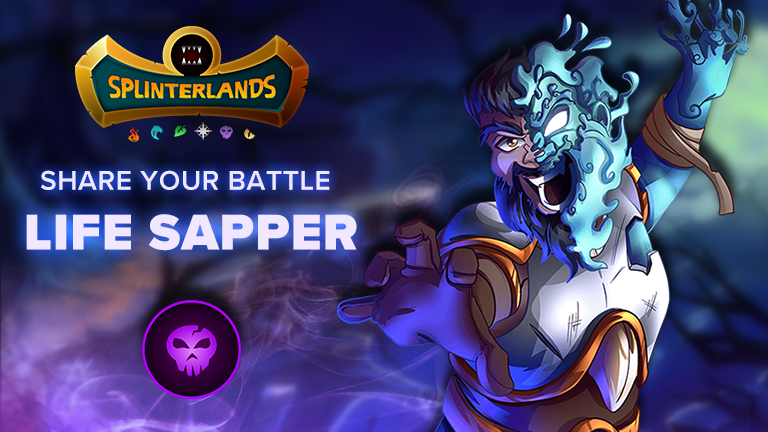 Hope you all are fine and having a good day. it's another week with a new theme "Life Sapper" and today I am gonna share my battle to participate in Splinterlands Weekly Battle Challenge. 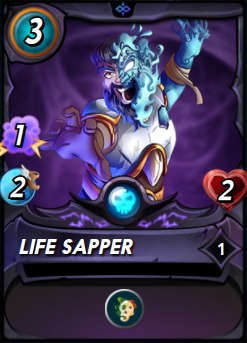 The Mana I got for this battle was only 18 which was not a good sign because with 18 mana I can't pick my favorite monsters. The rules sets were the same as before, I mean normal rules set (No Modification in the Basic Rules). 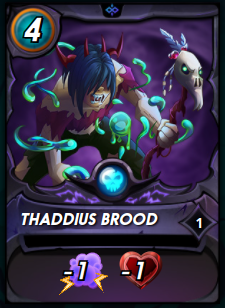 THADDIUS BROOD is a summoner that I prefer while playing with the Death Monsters. The Summoner has dual abilities, It can reduce the health of the enemy's monsters by -1, and at the same time, it also reduces the magic attack power of the enemy's Monsters. 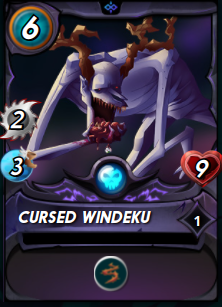 CURSED WINDEKU is one of my favorite monsters because of its thorns ability which reacts when the enemy's monsters with the melee power attack him, which also reduce the health of the attacker monster. It has 2x Melee attack power with 3x speed which makes him fast. The health of the monster is 9+ so he can stay longer. 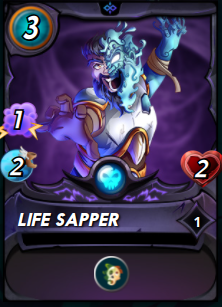 LIFE SAPPER has the ability of life leech which helps him to get an extra portion of health when his magic attack hits the enemy's monster. The monster charge 3- mana power and in return he provides 1x magic power with 2x Speed. The monster only has 2+ health which gets charged with his ability but cannot handle many attacks. 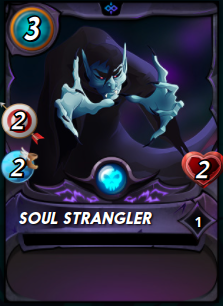 SOUL STRANGLER is a which only charges 3x Mana from the Mana Power and in return a 2x Ranged attack power from any position except the first position. It has 2x Speed to attack faster than the normal monsters. The monster only has 2+ health which means he can not bear attacks. 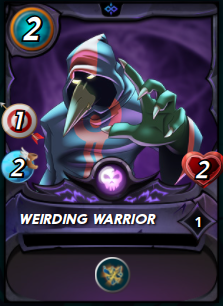 WEIRDING WARRIOR doesn't have any special ability but the best thing about this monster is that he only charges 2- Mana from the mana power and in return it provides 1x Ranged attack power with 2x speed which let him attack faster than the normal monsters. It only has 2x health which means he cannot stay longer.

Reference to the Battle.

The Battle begins from here and the enemy has chosen the Fire Monster to fight against my Death Monsters. THADDIUS BROOD has reduced the health of all of the enemy's monsters as a summoner. Now my monsters have extra health than his monsters.

In round 1 enemy's Serpentine Spy attack my Life Sapper and killed him with a single attack because my Life Sapper haven't gained any health by attacking the enemy.

Then my SOUL STRANGLER attacked the enemy's XENITH MONK and killed him with his ranged attack.

The enemy's Tenyii Stricker attacked my WEIRDING WARRIOR and killed him with his melee attack but my other monsters are still alive.

Their RADIATED SCORCHER attacked my CURSED WINDEKU and the thorn's ability killed the Radiated Scorcher.

Round 2 begins and my CURSED WINDEKU attack the enemy's monster CHAOS AGENT on the spot and just 2 enemy monsters are left behind.

Enemy's Serpentine Spy tries to attack my CURSED WINDEKU but gets killed by my monster's thrones ability.

Round 3 begins and at the start of the round my SOUL STRANGLER attack the enemy's last monster and won the battle by killing him.

What I think About LIFE SAPPER:

The Life Sapper is a good chaos legion card with a great ability of the Life Leech and the magic attack power but the 2+ health is his only weakness as that happens in this battle. The monster didn't attack yet so he didn't consume the health. The enemy's monster attacked him and killed him with a single shot. It's another thing that if the monster consumed the heath then it is hard for the enemy's monster to kill that monster because in every turn he consumes health.

Good work and description, you just need to fix details in the formatting such as justifying the text, you can keep improving.

Thanks for the suggestion and appreciation @lenonmc21. I will try next in my next post even editing this one.