Kidding aside, it's a great feeling to have an NFT card, I wish I could buy more. I wish I had participated in this game earlier, I missed the package and land sales. But I'm looking forward to Splinterlands: Chaos Legion.

The NFT card I received as a reward yesterday

The NFT card I got as a reward today 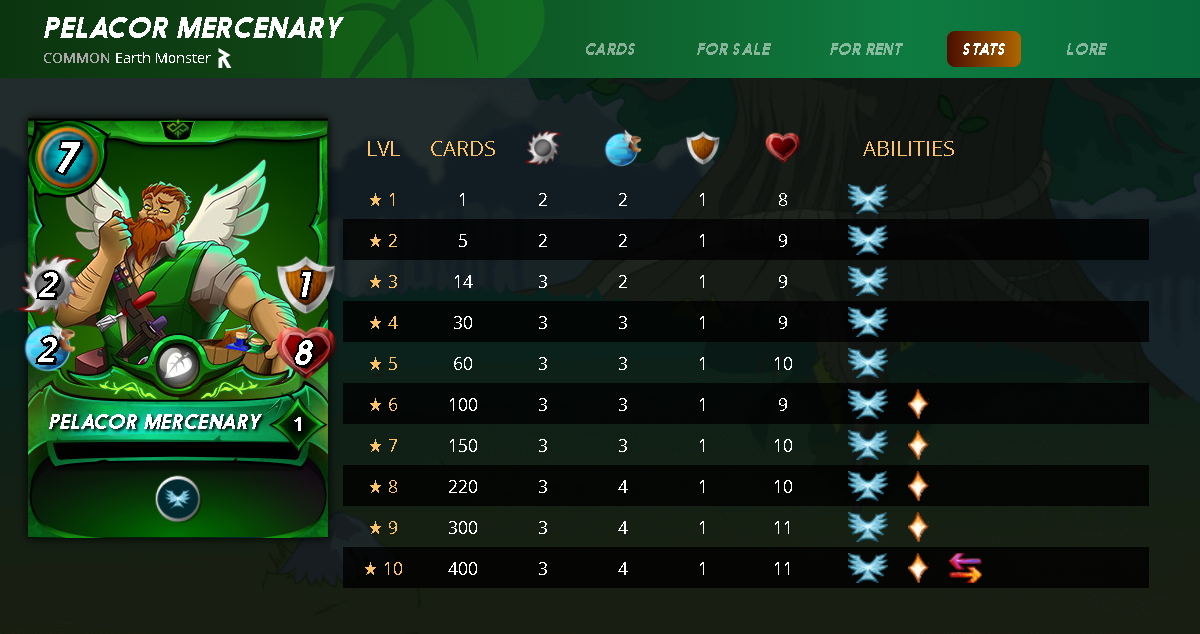 Has an increased chance of evading Melee or Ranged attacks from Monsters who do not have the Flying ability.

PELACOR MERCENARY
Pelacor Descent 1 of 4 - On the distant floating continent known as Solaki, the sons of the sun have lived for hundreds of years since the great Splintering. For those who know of its existence in the Splinterlands, Solaki is also sometimes known as the sun splinter. Life in the Splinterlands has never been easy, as anyone living there can tell you, but it has been a picnic compared to the average life on the floating continent.
When the Splintering happened so many years ago, the continents were not simply divided and split. Many of the physical laws that govern reality were turned upside down. As the mana forces of the Planet overflowed that day, trees spontaneously burst into flames. Great schisms formed in the deepest and most solid ground. Mountains changed into volcanoes in an instant and whole bodies of water evaporated in a flash. In some areas, people and animals were simply vaporized as high impact mana clouds made their rounds above the surface.

These two awards are great. These cards will help me a lot in battle, and if I have the opportunity, I plan to buy these cards and upgrade them to level 6. I need to have more cards to move up to higher leagues. I will save money to buy NFT cards.

I really love this game. And I enjoy playing. I recommend everyone to join this great and fun game.

Congrats on the pulls. Everybody is anticipating chaos legion, I can already see that it won’t take long for it to be sold out