@thecrazyman 53
about 2 months ago (Edited)
Splinterlands 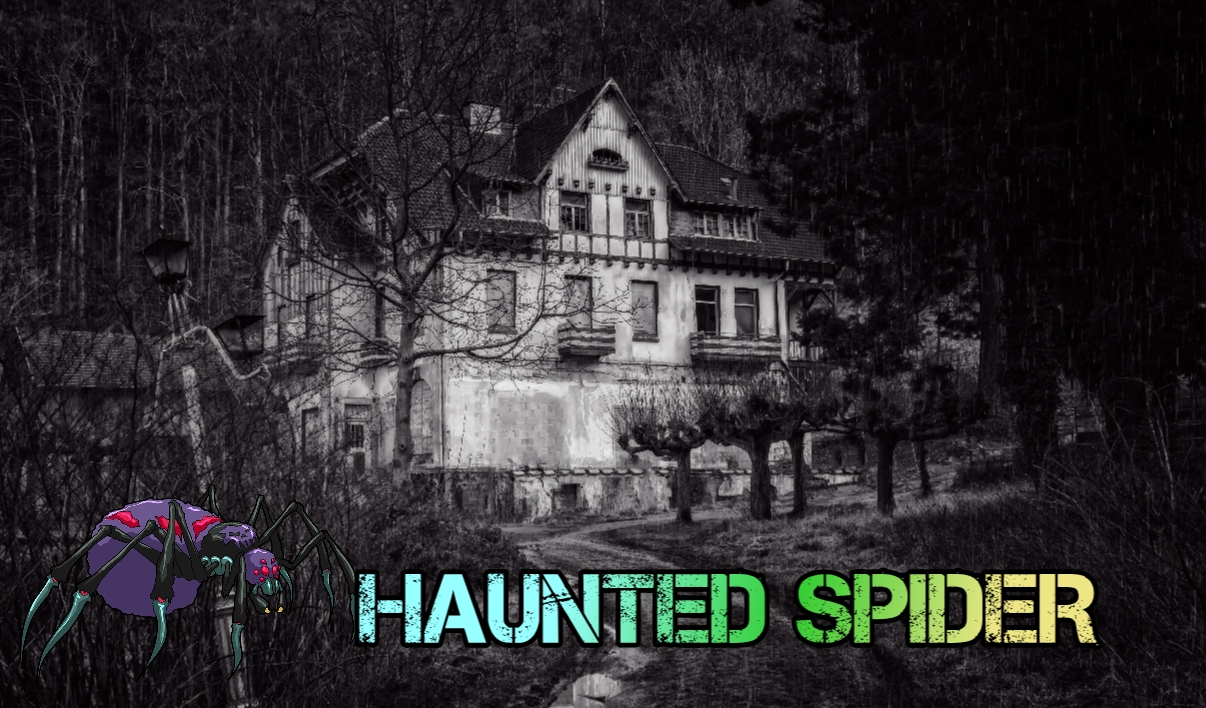 It's great to have a good monster in the team that you can use in small and big battles and you don't care how much mana cap it takes, that's exactly what happens to me when I want to use "HAUNTED SPIDER" because I use it in almost all the battles I play with death team.
In the beginning, and as I usually do, before I choose my monsters, I look at the last 5 battles the opponent played, that makes me predict which team will play and this always happens to me and I succeed in predicting most of the time, so things will definitely become easier.
To be honest with you, this time I did not succeed in predicting my opponent because after I looked at the last 5 battles my opponent played, I found that the last 3 of them used the fire team and I thought he would play against me using the fire team and for me the favorite team to face the fire team is the death team so I chose it.

What monsters did i choose, why did i choose them, and why was my opponent’s plan so bad, read on to find out all of that

At first I think my opponent chose bad monsters and they are not suitable for this battle at all. Monsters are not bad in the literal sense, but I mean here that they are not suitable for battle because they take a large number of mana caps and this thing in my opinion is wrong because I always prefer to use a large number of good monsters than Use a few excellent monsters.
This battle required 17 mana caps, and it is considered a medium battle or a small battle, and you cannot use monsters that need a high mana cap, or if you do, you will only use one or two monsters, as happened with my opponent.
He used only two monsters, the first was "ELVEN DEFENDER" and he is a good striker, but never in small battles because he needs 8 mana caps, and this is a big number for a small battle, and the second attacker was "LUMINOUS EAGLE" I consider him a great striker and I like to use him Always because of the amazing features that he has, the most important of which is "Access and Fly", and I love these two features very much, but the use of this attacker in small battles may cause you a lot of problems because you cannot rely only on one or two strikers.

Since I expected that the opponent would play with the fire team and I know that the fire team has a lot of good and strong attackers, so I decided to play with a summoner that reduces the attacker's strike power and the best summoner that can do that is this summoner "ZINTAR MORTALIS" He is a summoner and I I like this feature that he has very much because if your opponent depends on the attackers in most of his team, he will most likely lose because all his attackers will reduce their strike power by 1.
Since my opponent relied on attackers only, it made things very easy for me and reduced the power of all his monsters' strike and easily overpowered him. 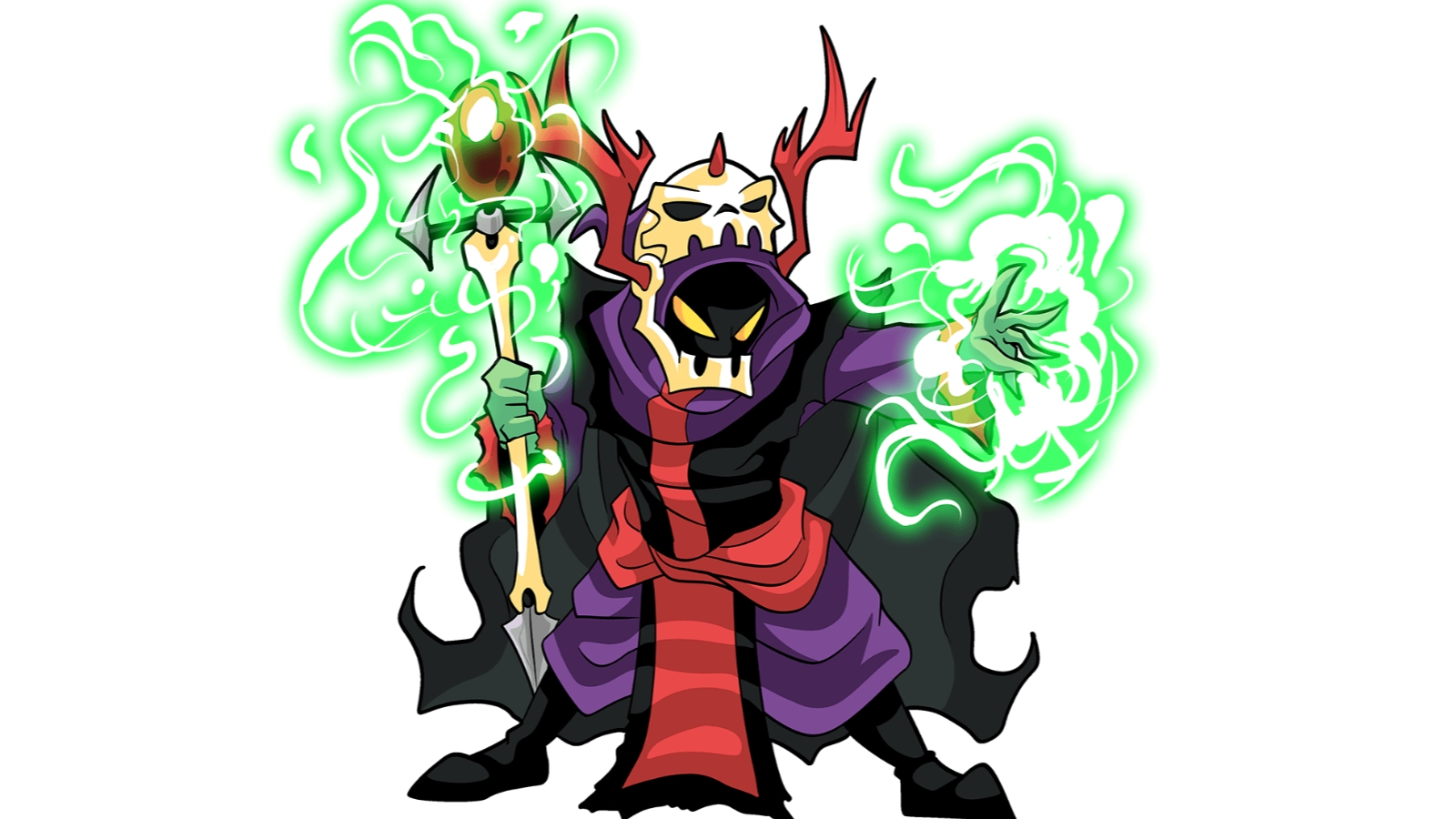 The first attacker I used was 'HAUNTED SPIRIT' I like to use this attacker a lot when I play with death squad because of the many features it has, this attacker has a super feature which is 'Heal' and this feature increases the attacker's heart every round and this makes him It is difficult to die in addition to many other features that it possesses, which are:
Hp:7
Spd:2
Atk:2 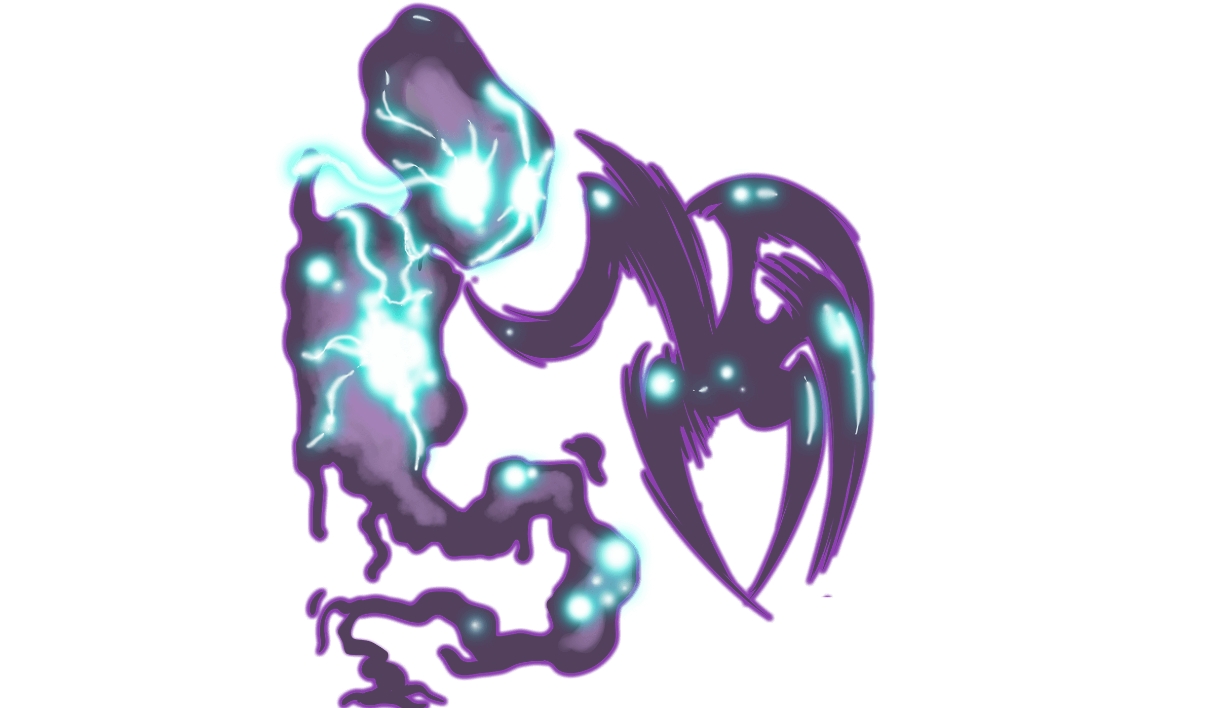 The second monster I put into battle was "UNDEAD PRIEST" This monster is very special because it only takes 2 mana caps and that's a very small number so you can use it in all the big and small battles too, this monster has a feature I always like to use in all the teams I play in It is "weaken" and this feature reduces the heart of all opponent's monsters by 1 for each monster, which is very nice because it helps your monsters to kill opponent's monsters much faster, it also has a good heart which is 3. 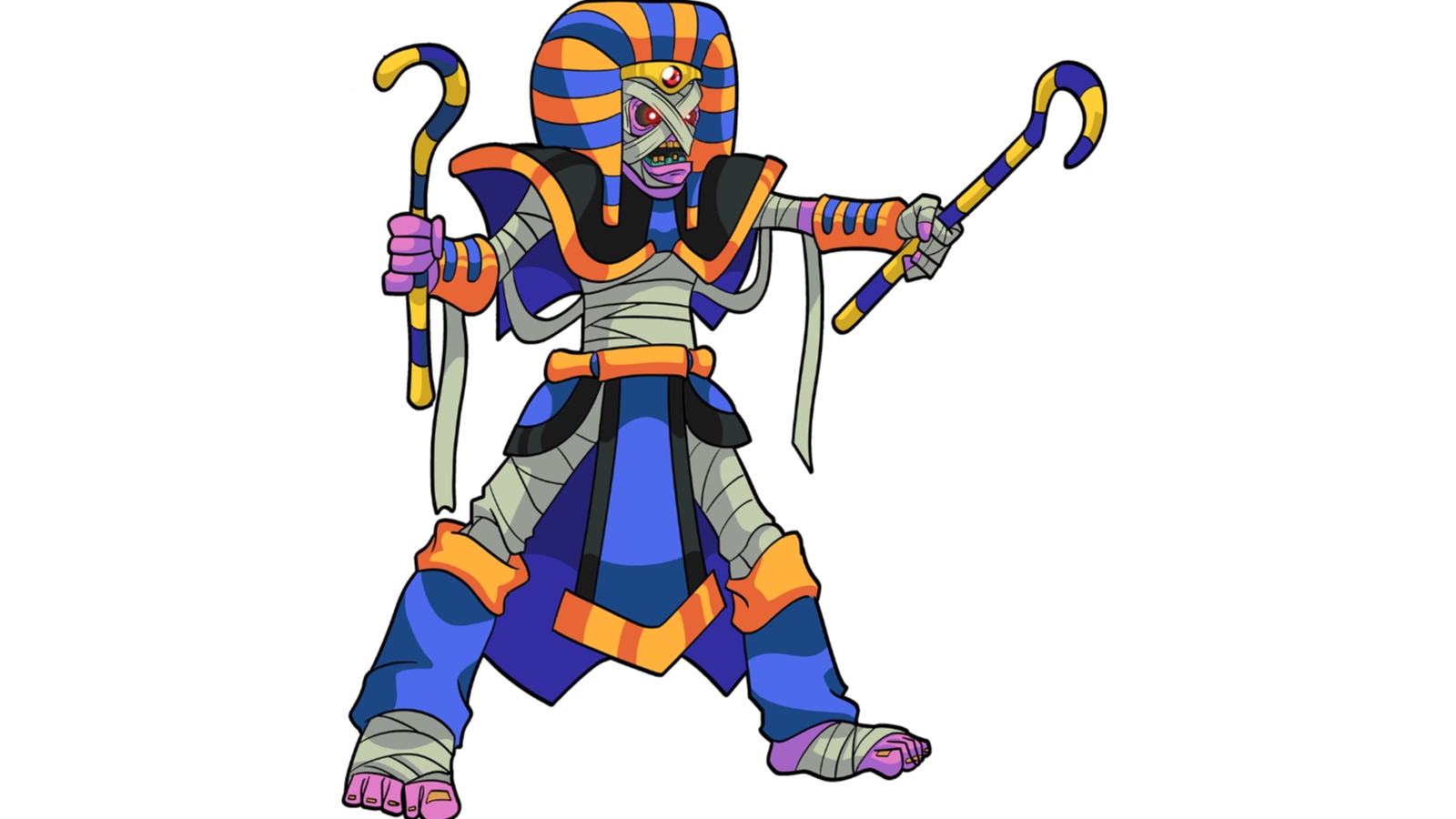 In the third place I used this monster "HAUNTED SPIDER", for me always to form a strong team you have to use every place in your team with a special monster, and although this monster needs 3 mana caps, but his hit is strong and has good blood too, so I always do Using this monster in my team and it has great features which are:
Hp:2
Spd:1
Atk:2
I love using this beast so much. 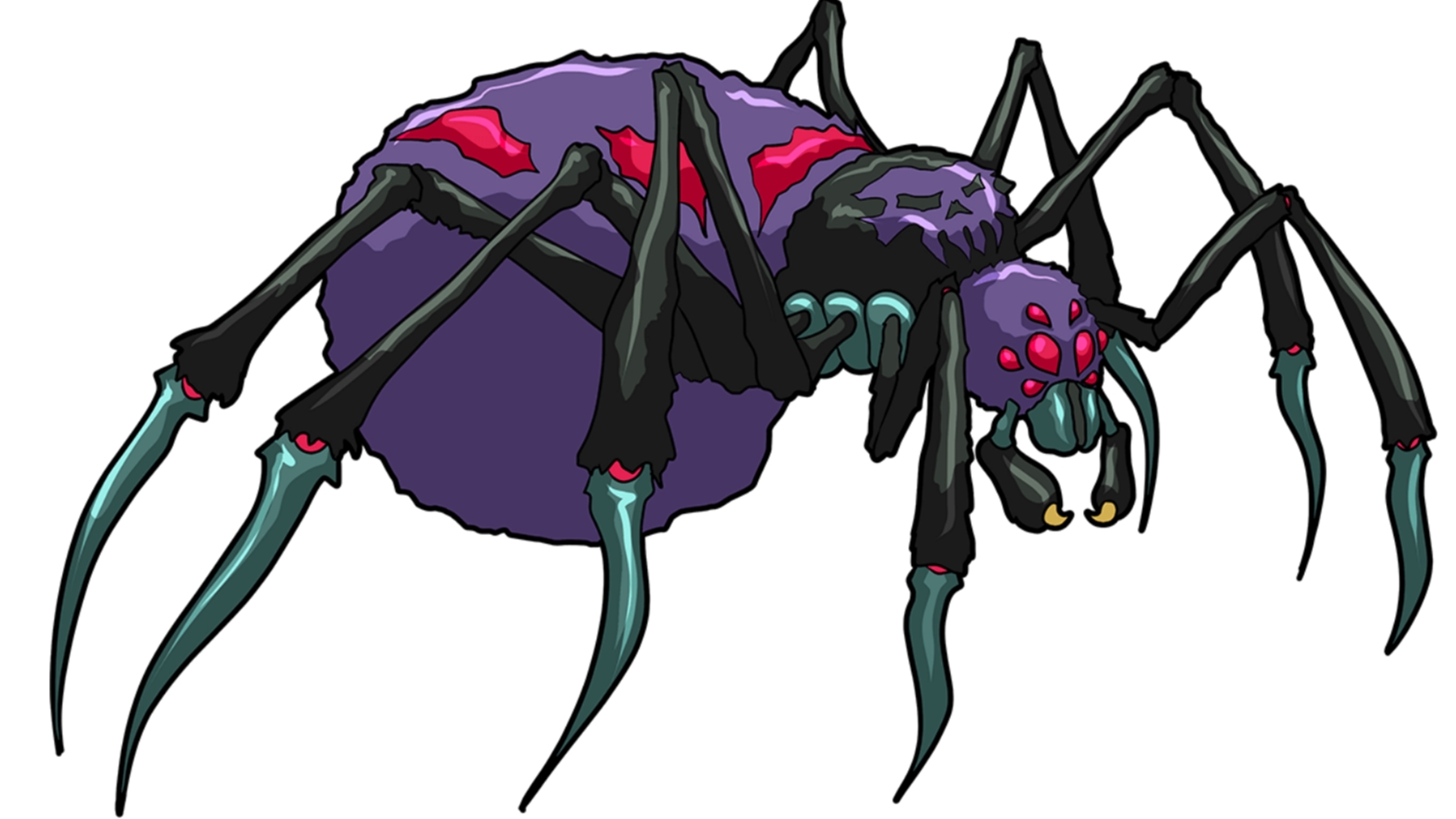 In the fourth and last place, I placed one of the monsters that I consider to be a superhero in this game. Of course, I mean a superhero because it takes a very small place in the mana cap compared to the amazing features it has, which makes me unable to dispense with it, and the wonderful feature it has is.”snipe" and it has a great features which are:
Hp:4
Spd:3
Atk:2
All these features make him a very strong defender and one of my favorite defenders. 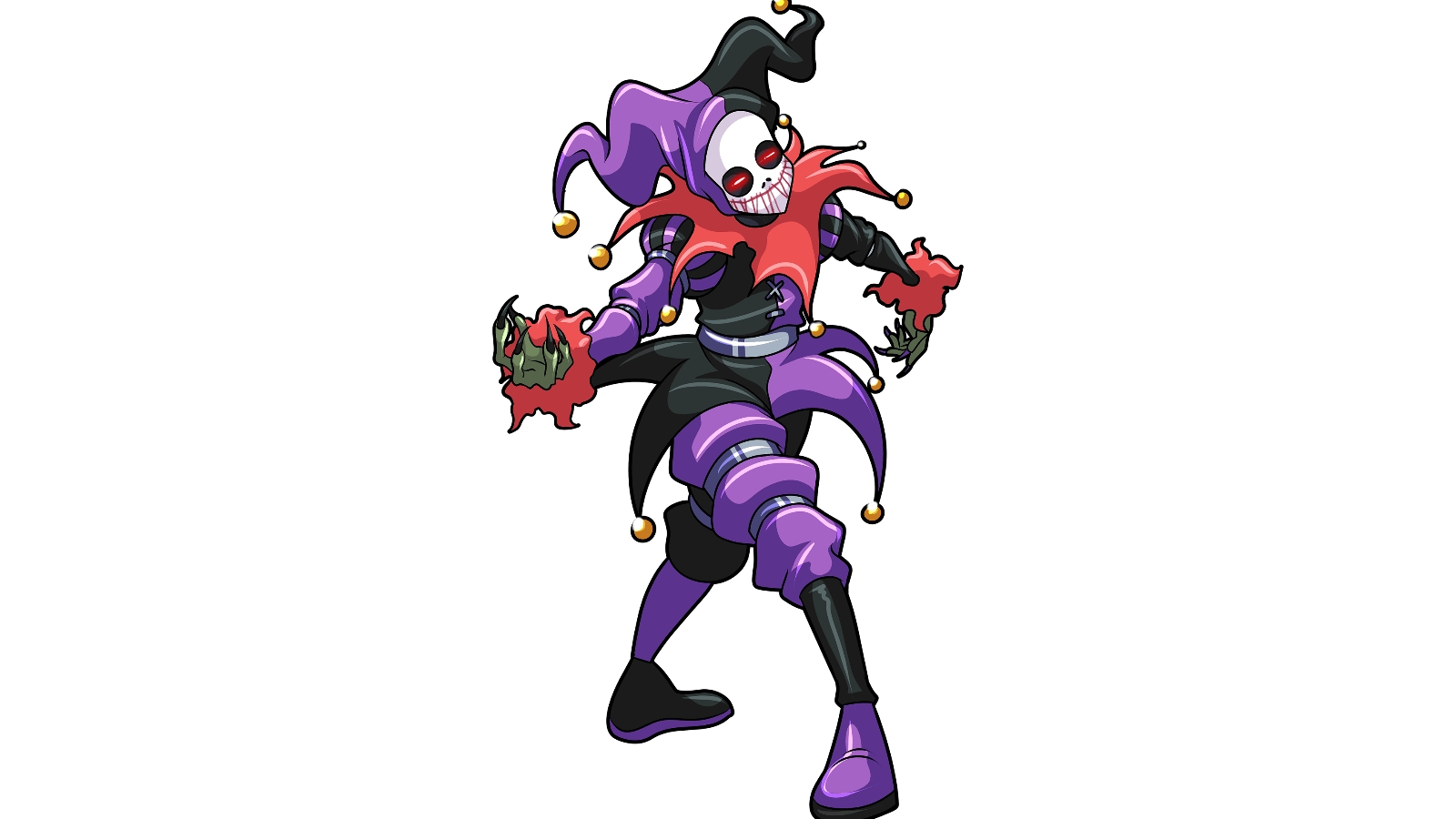 The battle was so easy that if I only played with my first attacker, I would win because it increases its hit by 2 in each round, and because of the summoner I used, the strike power of both opponent attackers decreased and the hit of each of them became only 1, so my first attacker will never die.
It is also good to have two great defenders in a small battle, because this will give you the strength to eliminate your opponent’s monsters much faster, and here in this battle it was a miraculous thing to have two defenders, each with a blow, even though the battle is small “only 17 mana caps”, Anyway, I think that the plan was perfect to face any opponent and any team without looking at my opponent's bad level because the plan was very balanced and had a good striker and really great defenders and you can actually see the battle through this link:
https://splinterlands.com/?p=battle&id=sl_056ea063eff514ce4adde79ab7bd26d0

We must always think logically before choosing our team and what monsters we will choose, I have committed many failed attempts to choose my team and I always learn something new in every battle and certainly I will continue to learn new and different things every day and you also do The same thing, learn more and always aspire to the best.

Great explanation about the Haunted Spider! You've been upvoted by rosiew.
Your post has been manually curated by @monster-curator Team!

Congratulations @thecrazyman! You have completed the following achievement on the Hive blockchain and have been rewarded with new badge(s) :

thanks for your support, because you i am here now