@thisismylife 71
about 1 month ago
Splinterlands 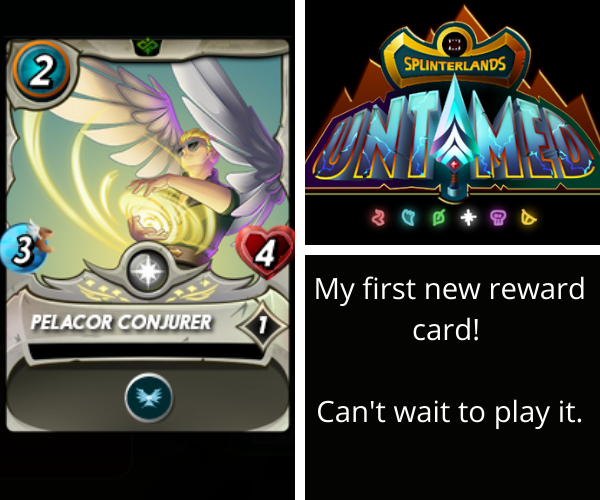 When Splinterlands announced new reward cards, I couldn't wait for them to be released

As I was hoping for some fresh input that not everyone else had already. As a new player, I don't know many of the cards besides when I see them during a battle. I don't have the time to play all day endlessly, so therefore I often only play my daily quest until now and sometimes that is done quickly, while other days I struggle.

I often pick the death splinter

Whenever I have the choice in picking a splinter, I notice that I lean towards the death splinter as this one seems to be the easiest.
I have to admit, often I don't have enough time to actually sit down and learn about the splinter and the monsters.

As I received this cool life monster

In my rewards a few days ago, I was checking out the stats: 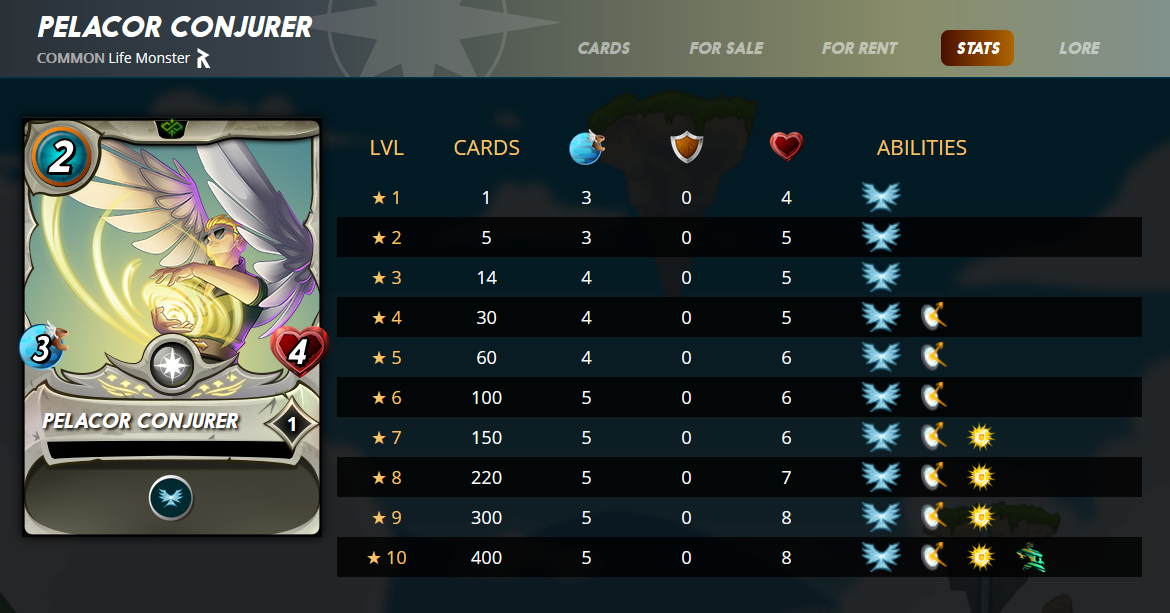 I do love the flying ability, it's often helpful, I noticed. But then I still have to be completely honest, and mention that I don't know which spot this monster should be placed best. I have some digging to do here when I find the time.

Which made me very happy, and I delegated to the @monster-curator account as I already mentioned earlier. I did that in two badges as half of the earnings were liquid while the other half was staked. I just checked my wallet, and see that I received the first payout from the delegation last night. 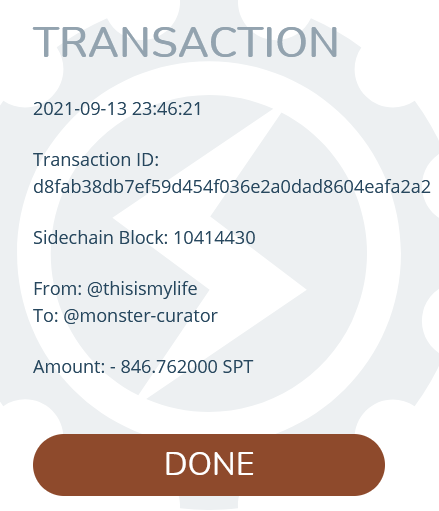 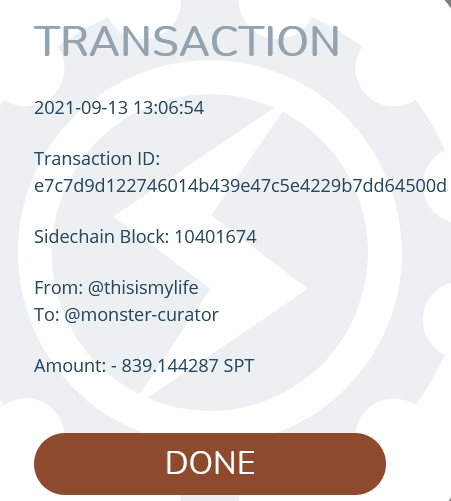 Pretty cool, will keep delegating to the account from now on. Just got to find back my writing groove as it has been a while since I posted anything.

Good luck the last hours for those that are playing!