Splinterlands SPS On The Rise~!

SPS had a wonderful week with nearly a 100% rise in price. Just before the rise with this week, I bought a few hundred of them at around 30c on average which is nice to see these great gains in a week. I didn't expect it to jump so quickly, I bought it more for the preparation for the new card pack Chaos Legions, hoping to stake a bit more get a little fraction of tickets. The other of course is I can see the potential of SPS in the near year or two. The growth with no major listing is astonishing, so imagine when that time comes, getting SPS would be too late and expensive. From a short term view, getting those SPS and paying for Chaos Legions will get you a 10% discounts which I would like to take up also. 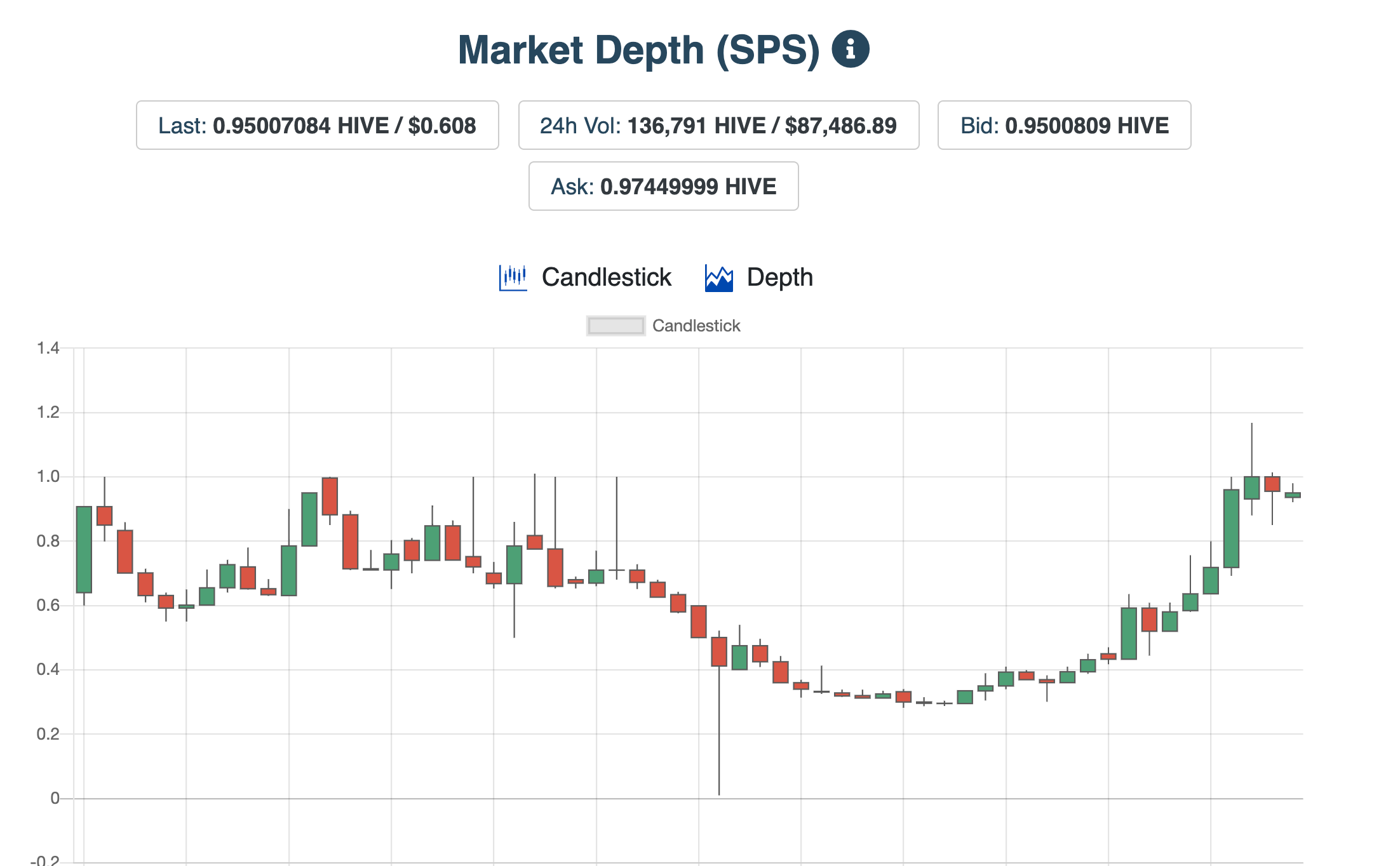 The chart looks great. SPS is 60.8c at the time of writing, we having finally hit the 60c mark which was hovering in the 58-60c for a day or two. The pre-sale is coming closer, crypto market is recovering slightly, I think the FOMO has officially started. APR for staking SPS have now dropped to 80% from high 80s% last week, I guess there are many more people who will be staking to get their hands on those presale tickets, prepare for a further drop on SPS staking APR even though it is sill very attracting as we speak.

Due to the rush to stake and buy up SPS, other players have gone to buying DEC instead and increase their airdrop points for the daily drop. DEC prices have risen to nearly $10 per 1000 DEC which is close to an ATH, amazing! You don't have to have the DEC in game to be eligble for the airdrop, having them sitting in Hive-Engine also qualifies so that way, you don't have an urge to spend them on any cards! It's always tempting to buy cards when you have a nice amount of DEC in game so best to move them away so you can't see it at all! 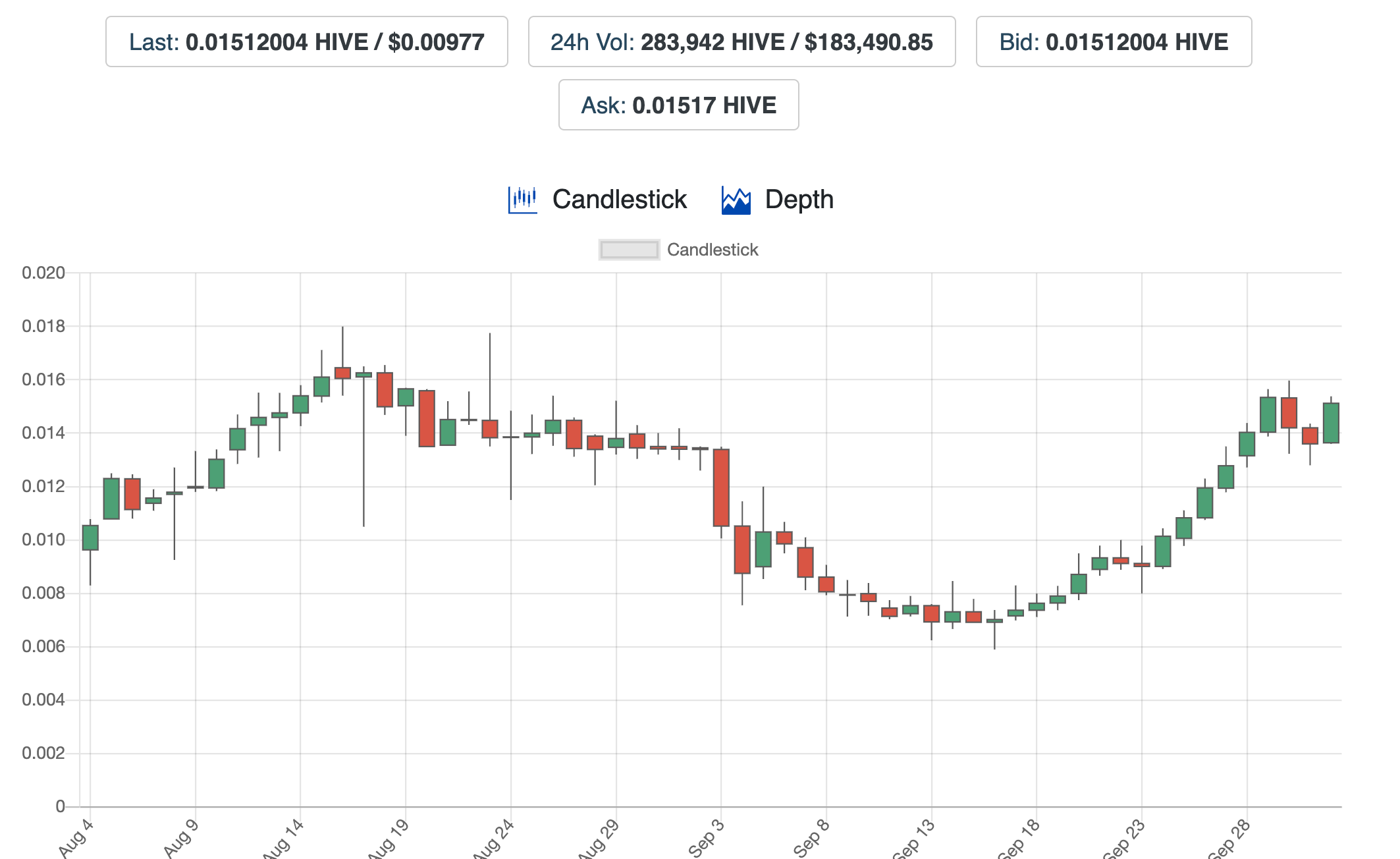 There is so much to share about the game in the coming week including some of my new editions to my collection, BB E has finally joined Splinterlands + our guild (he is pumped!) and will be getting him used to the game play although he knows mostly what to do but want him understanding the rulesets and abilities so that would be a learning curve and lately our guild update. It has been an exciting week, so much to do, so little time, hope you all enjoy the weekend and I'll bring you more about Splinterlands in the coming week.

I think this is only the beginning, splinter lands is growing so quick, I've been stashing away as much sps as possible because I think this ones gonna be huge

Woohoo, glad that we're on the bandwagon, TG XD

I think we will see SPT skyrocket but not just yet. Right now it's accumulation phase but it hasn't hit heavy as many people are not long term thinkers. Right now in reality if you're a serious investor in the game you should be staking and stocking up on as much SPS as possible!

I see us holding around $0.50 - $0.60 for the next week but as we get closer to the new decks and during it I see this number increasing to $1 per SPS and then most likely falling after all the prelaunch and inital vouchers are done. For me though I'll keep stocking up because the SPS token is going to continue to have more and more use cases and rewards down the line and there is a limited supply.

My opinion is that SPS will reach $1 before the start of the Chaos Legion presale. This is my bet :)

Really impressive. I'm trying to stake all my SPS that i earn in the airdrops.

Yes the price is doing great, I truly hope it will hit $1 :)
but so far, the journey has already been awesome ;)

Some whales have dropped hard some SPS and thus the uptrend stopped and declined quite a bit. It is quite a pitty that we couldn't hold onto the momentum, probably some players were taken profits in a brief timeframe instead of playing the long game. But that's the open market and there isn't much that we can do beside shifting the table and us as the middle man stake and get more SPS.

I bought some SPS a couple of days ago and now I'm really glad I bought for those cheap prices. I'm curious how they will develop in the next days.