Splinterlands released an update on their new reward changes, some players weren't too fond of the change like every other times a new change was announce. If you have missed the post, you can see it here. The first thing in my mind was how would this affect the prices of DEC and SPS if the lower leagues won't be able to get DEC rewards in their season chest and instead credits. As a long term player, it is a great change not only that will eliminate the botting in the lower leagues without any investments apart from the initial spellbook, but also encourage these players to use these credits to buy cards they can own or rent cards to move up the league with more chest rewards. Receiving credit is a great idea and I hope the players in the lower leagues can see the incentive of receiving them when for the next season end rewards. In conjunction with the previous update with Chaos Legion packs, I do expect that the prices of the two tokens will slowly move up as the change and packs start to come out. Let's have a look at how they are moving.

DEC prices have been steadily going up since the announcement of Chaos Legions. I think this is because holding DEC still gives you the highest airdrop points and people who would want to get into the presale would love to get more tickets hence getting DEC will increase the amount of SPS airdrops daily for the next month. A few days ago, it was pretty steady around 1000 DEC = $7.20ish but tonight as of writing, it is nearly $8 for 1000 DEC. Pretty amazing stuff considering the announcement for the new packs only happened a few days ago and the new changes to the rewards for the lower league gives people confidence to get more them. 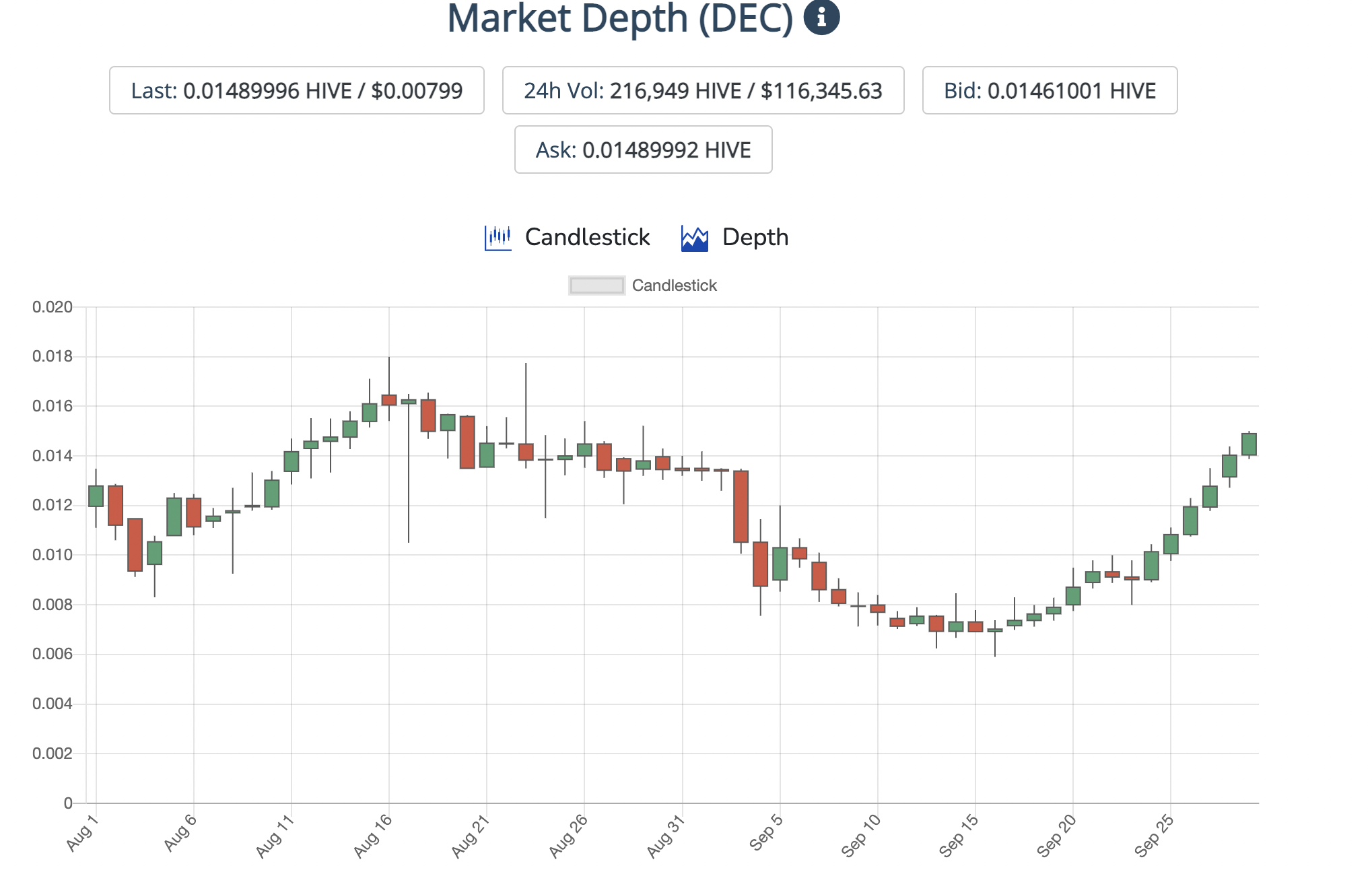 SPS was even moving quicker than I expected. Yesterday it went from the lower end of 30c to around 37.5c when I went to sleep and tonight at the time of writing, it was already 42.6c. This is great news with many players speculating the prices of SPS will jump up closer to the sale of packs and getting that nice juicy discount when you pay the packs with SPS in the presale. Personally it is a hard decision if I should stake the SPS to get tickets or save them so I can pay the packs with the extra discounts. It is a problem for players like me haven't staked a lot of SPS but wanting to get more packs than I can get tickets on. It's a dilemma. What would you do if you were in my position? 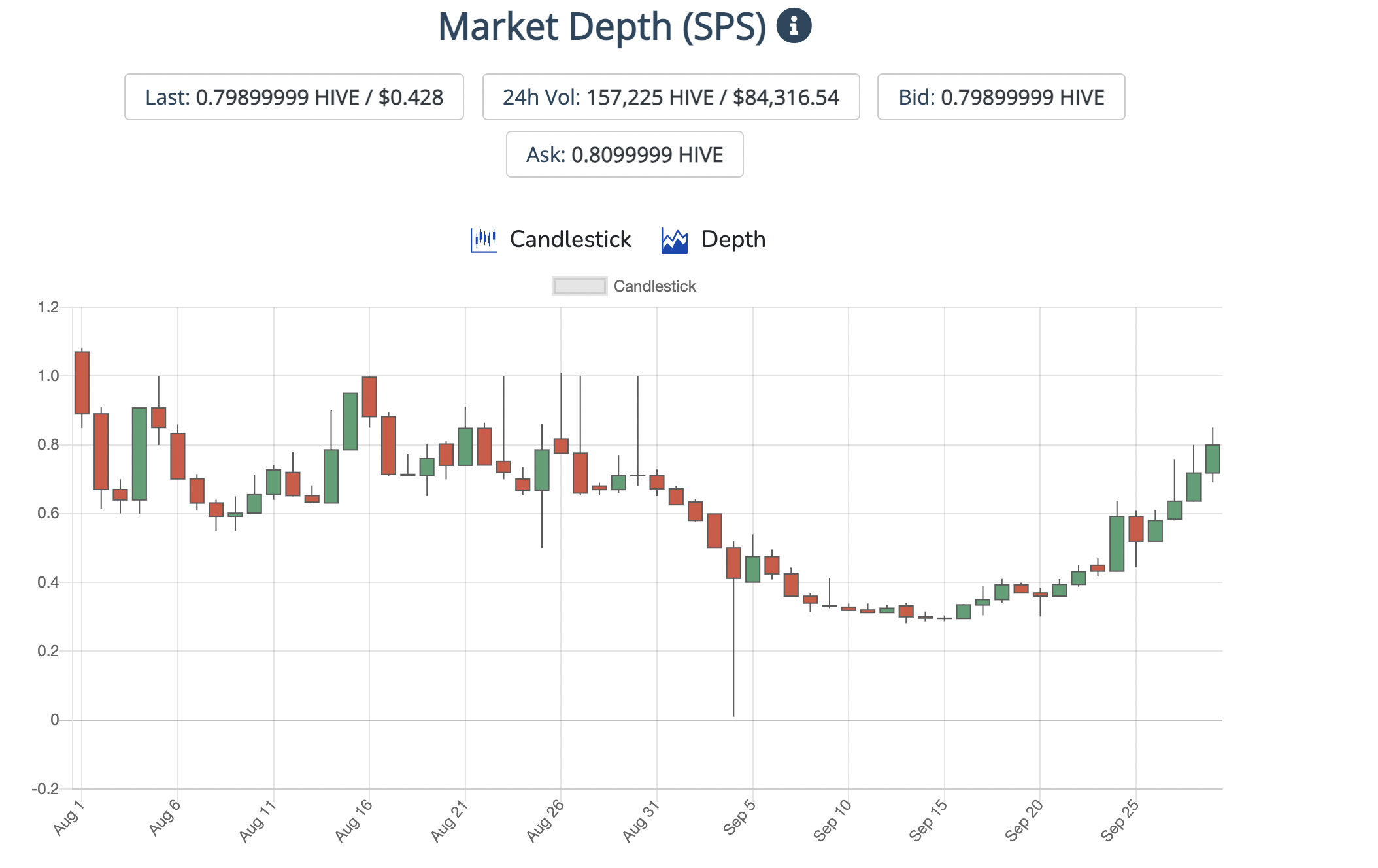 I don't play Splinterlands, but I had some cards, I sold them and made a profit. DEC has been going up so much that I refuse to sell them. I would rather bet it going upwards.

I have read it has a peg, I think it was supposed to be $1 for 1000 DEC? I don't really care, I like to dream that they can change this policy and make DEC skyrocket.

One can only dream though, as I said, I don't play Splinterlands...

Congratulations @travelgirl! You have completed the following achievement on the Hive blockchain and have been rewarded with new badge(s) :

I like the changes for current players but new players will join and fizzle out. It might make the game better but they killed growth with this. Those perks for bronze players were important.