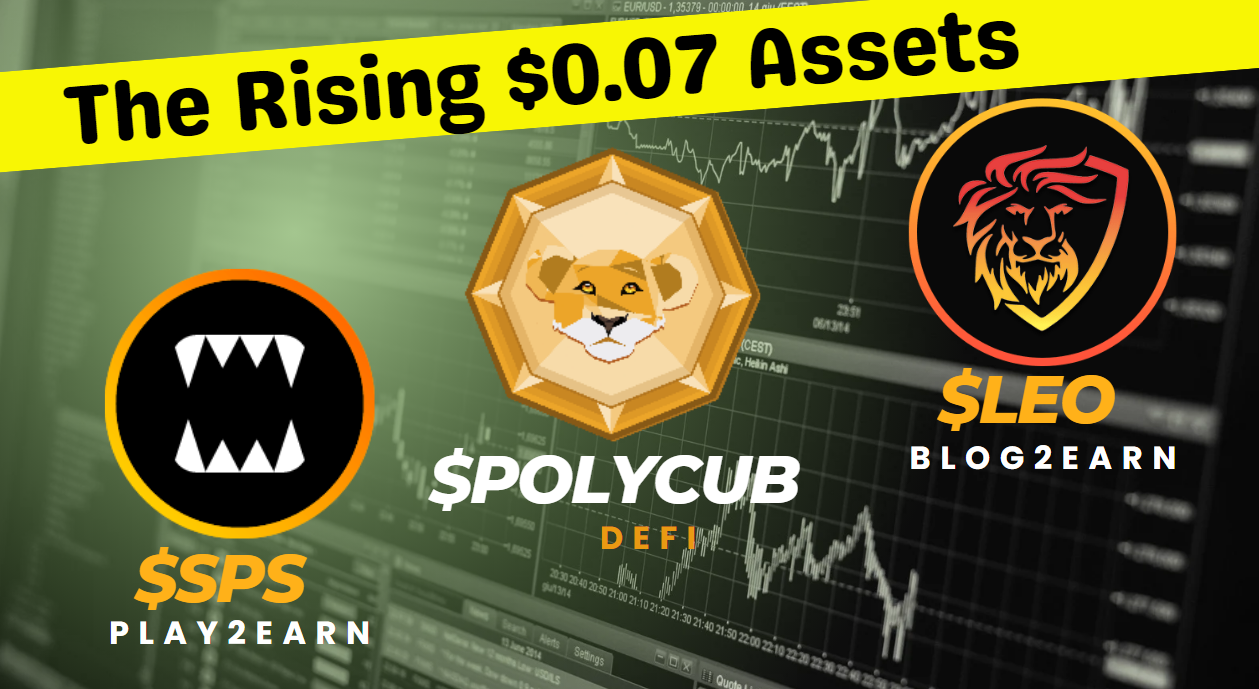 I've had a hard bite of the effect of procrastination and missed opportunities I had so wished for years. At that point, I didn't need any motivational speaker to teach me about urgency. The world of uncertainty like ours requires that the successful be urgent and always maximizing opportunities when they appear. In my cryptocurrency investment journey, there has been some seasons I regretted not buying into that seemingly shit token that eventually became to so loud.

Back in the memory lane in 2014, a high school colleague of mine introduced me to a advert platform where I could earn $0.01 worth of BTC then, but ignorance so killed me that I never understood what would become of Bitcoin, few years after. $BTC was worthless as we would say then, yet, those who seized the moments then are happy they did. I've also had winning moments with crypto assets like $TLOS, $LEO, $SPORTS, $CTP and others because I bought in at the right time - the lows.

Here I present to you Three of my favourite assets from the Play to earn, DeFi and blog to earn categories of cypto earnings and interestingly, the trio are presently worth about 7 Cents each ($0.07). Then, I found nothing so fascinating about the 7 cents title until I made some google search which I found something quite interesting which you can read up for yourself here. It's obvious that 7 Cents diamond type coins slot were reserve for $SPS, $POLYCUB and $LEO for a time just as this. 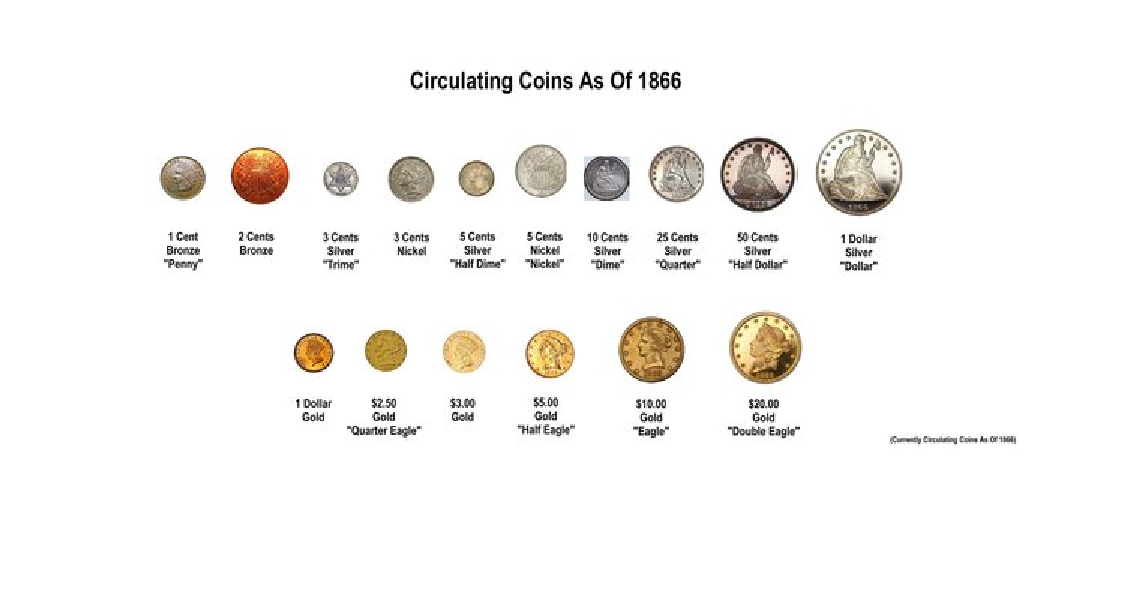 Back to the onus of this post, do well to do your own research about these assets presently and do that urgently. Each of the tokens are worth 7 Cents at the moment but I won't be surprised to see them at $7 or $70 because their utility, and issuing team are smart and future-minded dudes with consciousness of sustainability and are have a track record of building value-giving crypto projects and systems.

Gradually, SPS is becoming the main reward token of the game, replacing DEC, which is scaling back to a transactional use case (for buying or renting), and paying for building upgrades. The Splinterlands team are on a accelerating gear adding utility to the SPS token. In a few hours the riftwatchers presale will be live an that would gulp a lot of $SPS out of circulation into Splinterlands DAO.

The SPS Whitepaper has a lot to tell you about the future of SPS and how you can position to maximize that bullish future. **Meanwhile, remember that $SPS is just 7 Cents ($0.07) at the moment and it'll be cool to buy some.

$POLYCUB is the native cryptocurrency token on the PolyCUB DeFi. PolyCUB is a staking platform that provides users with the opportunity to earn yield by staking a pair of assets in a choice liquidity pool. Built on the Polygon network, $POLYCUB is held and utilized in the Metamask wallet.

$POLYCUB is a trading pair in a number of the liquidity pools on the DeFi application. It also can be staked for an increased APR. $POLYCUB was modelled after Bitcoin scarcity model with just 7 million tokens that will ever exist. It is expected that at as utility on PolyCUB and demand for $POLYCUB increases, it will become a very scarce crypto asset, hence a price upshoot. POLYCUB is deflationary in nature and follows a halving process tied to the emission rate.

Polycub was built with the intent for sustainability. The idea is to focus upon features that generate cash flow as part of the transition to Web 3.0.

A key feature in the PolyCUB DeFi design is the Protocol Owned Liquidity (Treasury) which generates revenue to provide returns to users and fulfill the APRs, as directed by governance. Others are bonding, and lending which will soon be unveiled.

Buying $POLYCUB at 7 Cents ($0.07) feels like a great deal especially with the growing revenue created by the Multi-token Bridge as users wrap/unwrap, stake and arbitrage tokens in the PolyCUB vaults.

When people ask how to make huge profits from crypto with no or little initial startup, I tell them about my story how How I made my First Million - Blogging on LeoFinance. The post has earned a great engagement in the last weeks and I hope all those reading can too maximize the opportunities like I said.

$LEO is the The native token for the Leofinance platform. It is a layer two token on Hive, utilizing the Proof-of-Brain mechanism. Hive blockchain users who stake the LEO (into Leo Power) are able to curate content, which earns them 50% of the $LEO awarded to the voted content. The $LEO upvote value is dependent on the amount of Leo Power an account has. This is applicable for top level posts as well as microblogging alternatives in LeoThreads.

The $LEO token is native to Hive blockchain but can be wrapped into compatible forms on other blockchains. For now, LEO is held and traded on Ethereum, Binance Smart Chain and Polygon blockchain bound wallets and exchanges as wLEO, bLEO and pLEO respectively. LEO is also utilized in leading DeFi applications with huge returns to investors.

Leofinance is the flagship of the entire project is Leofinance.io and the LEO Whitepaper is a deep read that would educate a noob about the vision and passion of LeoFinance.

$LEO priced at 7 Cents ($0.07), is a good and discounted trade which will pay off hugely in the future. The massive developments from SocialFi to DeFi to NFTs to Gaming is a great justification towards a beautiful future of the LEO token.

interesting, i am holding bags of this three tokens but knowing fully well i can do better. 15k sps, 100xpoly and 20k leo. which are not bad to begin with.

SPS paying 43% on Splinterlands. What a strong return.

Yup I am loving it!

I salute you investor, dwayne.

Lol. I am not whyning you oo.... Those portfolio you mentioned gives you the investor badge. 💪💪

this is just too small comparing with some investors on this platform. i want to be like you oo

For real. he's a hoooooge investor.

Lol. I am glad you agree. He is trying to downplay it regardless.

15k SPS and 20k LEO is a big deal. At today's rate DCAing into SPS or LEO would help anyone gather about 1600 tokens in 3 months.

It is amazing the opportunities Cryptocurrency presents. This is really something where we can see outsized returns.

This is really something where we can see outsized returns.

Outsized is just the right word for such anticipated massive shift.

Wow, what a great development and assets of trio on hive.

I never knew, Leo is a native token for leofinance. Thank you for this wonderful piece of yours about crypto.

Yes. $LEO is a layer 2 token that you earn when you make a post on leofinance.io frontend or you use the #leofinance tag in a finance or crypto related post.

I just bought the LEO i'll need for LPUD on Thursday. Figured I might as well get them now in case the price goes up. This will almost double my admittedly holdings and get me almost halfway to my year-end 1000 LP goal.

I think you make strong arguments for these tokens.
I hold all three, and I also looking to the future when price catches up to value.