Just about everyone is telling me to wait... buy packs when they are $4. There will be 12 million for sale and you'll be able to buy as many as you want at only $4.

After talking with my super knowledgeble friend @gank on the subject, I've concluded that I think they are going to sell out fast. 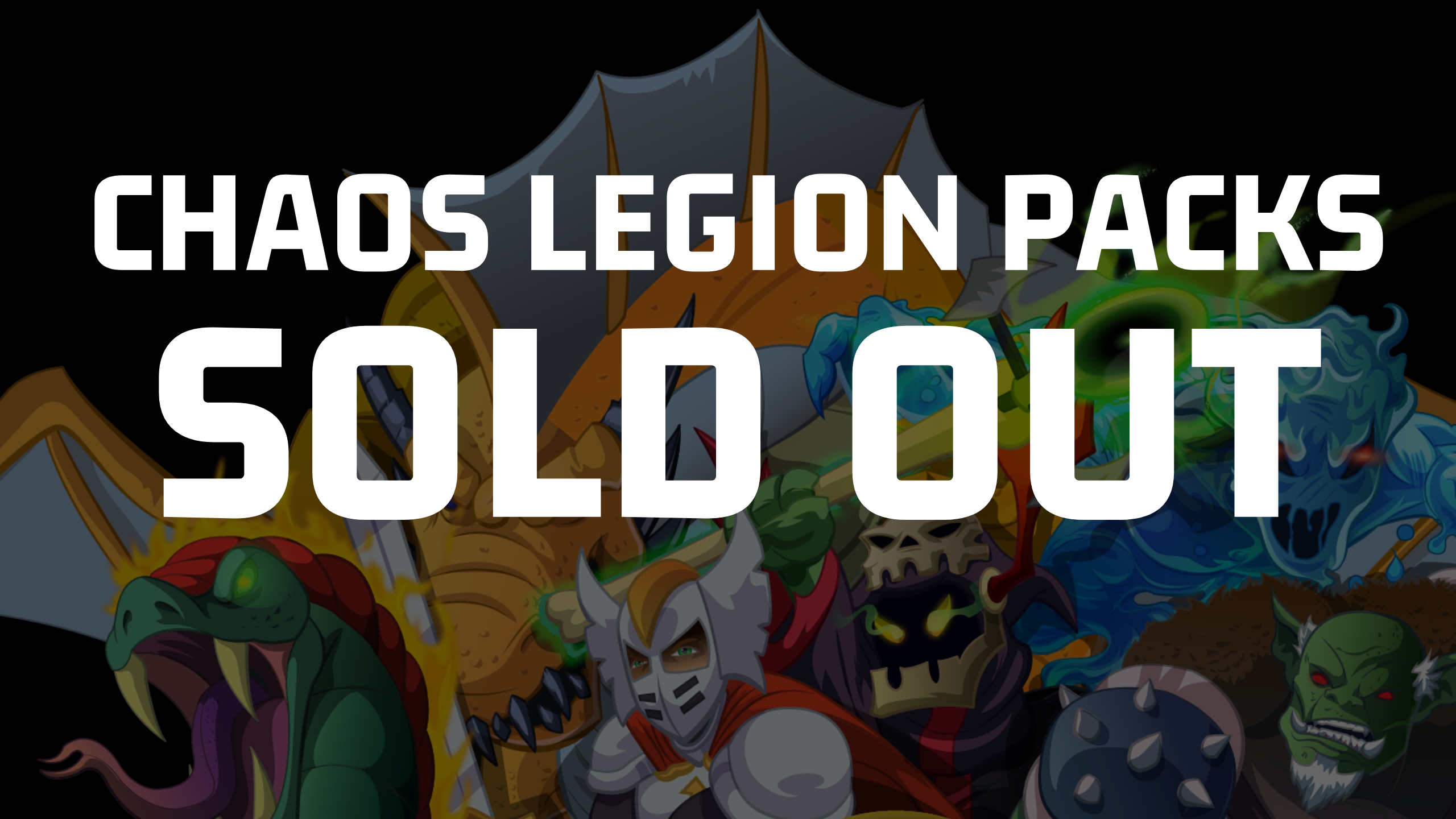 I say within three days. The first day we'll lose about 50% of the supply. 30%-40% more the second day and it will be sold out on the third. The news will need a little time to hit everyone, but the odds of being able to buy Chaos Legion cards a week after they drop is un-likely.

2 Million Sold - SUPERWHALES - There are a few people and groups that are very interested in Splinterlands as investments and the packs are a great way to invest in this game. Since some of these people have not invested before, they would have to buy vouchers and are waiting to buy packs when they are $4 and open to the public. At least 2-4 people or groups of people will buy up 2 million cards off the rip.

1 Million Sold - TOP 200 PLAYERS - The top players will continue to buy packs and will buy a lot when the market opens.

1 Million Sold - Top 3%'ers... these are the top 5000 asset holders. They generate a decent amount of SPS and have cards to sell to get ready for the release. Expect this group to be buying up about 200 packs each.

1 Million Sold - The Rest of the active players and new players that join before then.

1 Million Flippers - These are people that are buying up the packs with the hope they can sell for more in the near future. lol, could be a good sstrategy.

2 Million Sold - SUPERWHALES see it is going to sell out a lot faster than they thought. They take crypto profits and double down.

2 Million - The rest of the gamers outside of the top 200 see things are going fast and buy as many as they can before it is too late.

1.5 Million... when there are just 1.5 million left for sale... everyone will be moving things around to buy even more than they budgeted.

There are over 400K active users now. Most all of them want packs... They'll find ways to get them. If 400K people average just 5 packs... that is 2 million alone.

Once the packs get 80% sold... there will be a rush to snatch up the remaining ones.

So get your packs however you can... and get them while you can.

What are your thoughts?

🙌🏻 I think you are Right. Am pretty sure too the packs will sell out quickly. Though I don’t think within hours but within a week or two they will be gone. There is a lot of interest also from Investment side but more than 10 million Booster is also quite a lot.

Dam when you break it down this is very true, I wonder if they will have a plan in place to stop this. For sure bro, chaos legion pack sold out for an hour when its open to public as long as no internal problem within the system handling lots of purchase then that will happen fast, queue system should be implemented soon just like what NBATOPSHOT is doin...

lol, I'm still in the queue from NBA Topshot today, lol... still thousands ahead of me.

I don't know about anyone else, but all my friends and I will be set, ready to purchase thousands of packs, the minute the regular sale goes live.

Most of them didn't get enough SPS for vouchers (I mean none of us are really getting as many vouchers as we wanted), so we're doing a couple of voucher-pool-buys (presale, and in the first million regular packs), and then just dumping everything into packs the second they go on sale.

Considering that 12 million packs is now less than 12 packs per registered player, and everyone I know wants to get at least a few thousand packs... and none of us are whales... I'd guess closer to that 1 hour sell-out mark myself.

I would say this is a very reasonable time-line for the packs to sell out. I intend to buy a large sum too but im afraid if i put all those credits in the game and i cant get the packs...not sure what i can do with those credits. Maybe they can implement something like the Top Shot system ?