The Move I Made I Never Thought I Would

For those that know me, I really love the VeVe Collectables app on my phone. I can buy liscensed NFTs of my favorite fictional characters. It has been a great investment for me.

I even bought about a million OMI tokens to hold because I believed in the project.

I've done well with my tokens and they are at a little over 2x from where I bought in September.

SPS is way down and I think that owning and staking SPS is one of the best investments out there right now. 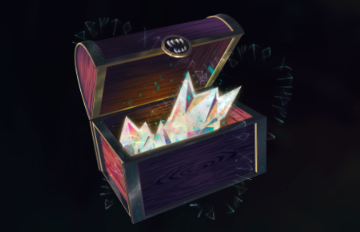 It had to be done. My collection on VeVe is solid, and it isn't a game and the token doesn't have the utility and rewards. SPS has all of that.

Even if SPS doesn't go up as fast as OMI, I'm still getting extra vouchers and daily APR.

It is hard to find reasons not to invest in SPS right now... but is that just me?

What do you think about SPS? Let me know in the comments below.

SPS is the governance token of the game so investing in it is a great choice. Especially now that the market value is kinda low. Keep rockin brother!

Thanks man! BTW had a great time on your stream the other day. Keep doing your thing, brother.

Omi I'm not sure I would have sold as something else probably would for me at least. Omi is not yet on immutable and once veve can be cross traded on immutable platform I can only see that resulting in bigger gains, but who really knows it is all rather hard to count in.

Considering with sps you are getting the voucher airdrops and apr.

Yeah, Omi will move, but I think even with IMX it could do a 3x. I think SPS could potentially 5x this month. It will be close, but the rewards, apr and airdrops made me make the move. Thanks for the great feedback.

What is making you feel that sps could potentially 5x this month? I mean I'm still relatively new to crypto so asking for understanding. For me thinking of it logically it is more likely to 5x near the end of the sps airdrop or several unique burn mechanics coming up(Not just counting pack sales).

Great question. It has fallen from the all-time high from a few months ago to a new low last week. It's about a 5x move to hit all time high again from here. The reasons the token is surpressed is one key factor. People have been selling their SPS to buy either buy packs for the whale sale or peopele are selling to buy credits or DEC to buy packs at general. All Splinterlands assets are down right now. Once the packs are sold, people will stop selling their SPS.
Also, with the release and sell-out of Chaos Legion, a lot of press will hit and bring a ton of new players and new players will help push all assets up like we saw last summer and fall.
Sometime near the end of the month we should get more info about Modern and Wild leagues and SPS battle rewards if you have staked SPS. The demand will surely increase at that point as well.
If the entire crypto market stays down, then I don't expect it to hit an all-time high, but it is possible with the potenital press and increased demand.
If the market goes up, I think it would be a lot easier to hit that 5x number.
SPS has a lot in its favor right now. Plus on VeVe I'm so damn top heavy on collectable and comics that I had to take profits somewhere.

Yeah, I think that SPS is the way to go for the long term.
The owners of SPS do have the say regarding the game. It has so much utility already and it will be important for land as well.
I don't know a lot about VeVe, but I think that investing in SPS at this point is probably a good choice.

Congratulations @walkingkeys! You have completed the following achievement on the Hive blockchain and have been rewarded with new badge(s):

I think you made a great choice, ive been liquidating other assets to stack and stake SPS also. Looks like im shooting for 100k staked also!!

lolztoken.com
Why did the art thief's vehicle run out of fuel?
He had no Monet to buy Degas to make the Van Gogh
@walkingkeys, I sent you an $LOLZ on behalf of @forsakensushi
Use the !LOL or !LOLZ command to share a joke and an $LOLZ. (3/8)
0
0
0.000
Reply

Thank you! It seems like a good goal. A little out of reach, but that is what makes it fun.