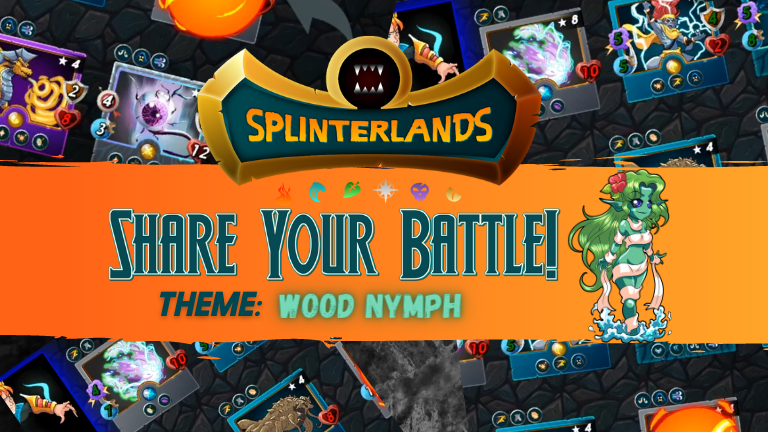 This week's featured monster is one of the best supports in Splinterlands, the Wood Nymph!!! Wood Nymph belongs to the Earth splinter with Tank Heal ability at its initial level and Strengthen in it's leveled stage. The Tank Heal ability is a good way to support your tank to absorb more damage. The Strengthen ability provides plus 1 health to all friendly monster.

The HP regen from Heal depends on the max HP of the monster. To be exact, that is 1/3 round down to whole number. So the additional health from the Strengthen ability will greatly affect the HP regeneration from its Tank Heal ability.

Well, this is one of few matches I have in Silver league where we have the Standard Ruleset, and all Splinter elements are available. So basically, it's a no rule game with 32 mana cap. For me, this is one of the hardest match to predict since all are open. The only way for you to outplay your opponent is to predict their strategy based on the match history.

With that in mind, I cannot find a good pattern in my opponent's history so what I did is basically I put myself in his position, a "put yourself in someone's shoes" scenario. I tried to predict his line-up by countering my previous matches.

To explain it better, below is my two previous match before this fight. 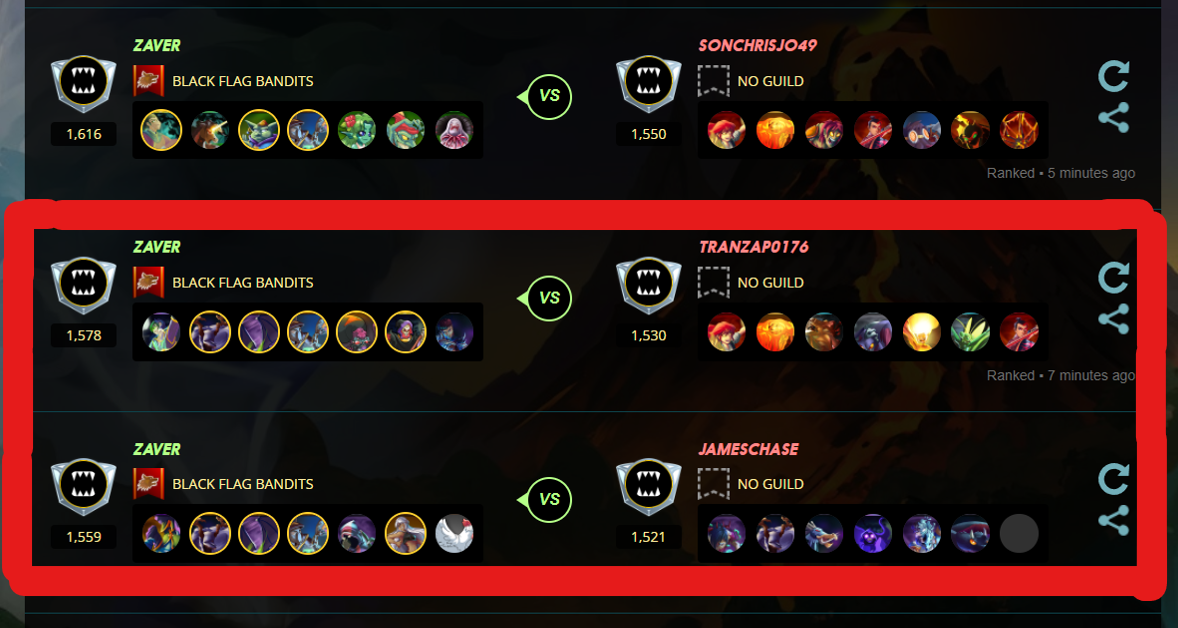 With these two Summoners in mind, the only best way to attack my deck is to use Melee damage. Predicting this will happen, I used Mylor Crowling as summoner to have Thorns ability, which is a good counter for melee damage.

Do you want to know what is SPLINTERLANDS, how to play this awesome game?

"Splinterlands is a digital, collectible card game built on blockchain technology. It is similar in concept to games like Magic the Gathering and Hearthstone where you build up a collection of cards, which all have various different stats and abilities, and use them to battle other players in skill-based matches. By using blockchain technology, players can buy, sell, and trade their digital assets freely just as if they were physical cards, and all transactions are recorded publicly and immutably."

You can start by playing this game by registering using my referral link: https://splinterlands.com?ref=zaver

Congratulations @zaver! You have completed the following achievement on the Hive blockchain and have been rewarded with new badge(s):

Hi @zaver good strategy and good post
Just a suggestion: for your next participation remember the rule to share your post on a blogging platform other than Hive 😉