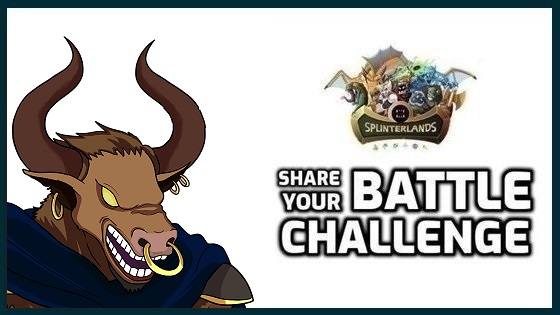 One of the Beta Cards I never use is being highlighted this week in the Share Your Battle Challenge. This is the Minotaur Warrior

The State of Splinterlands
Later today there is supposed to be a "Big Announcement" for Splinterlands and nobody really has a clue what exactly it will be about. 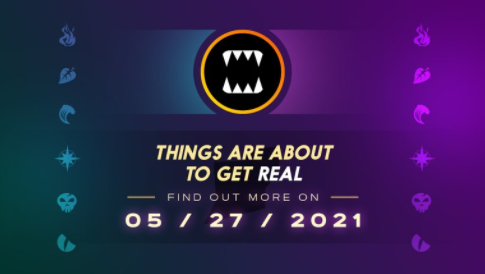 The last time there was a big announcement, it way overhyped as in that the game was going to get exposure to Millions of players which ended up being the Brave Partnership which by no means lived up to it. This makes me kind of feel this new announcement later today will be another 'overpromise-underdeliver' but who knows. If anything following these developments is really fun along with blogging about the game and being engaged with the community and friends who also them. Playing the game itself is still a daily task I want to get over with as quickly as possible and I'm also in the process of taking some profit on some of the duplicate cards I'm holding while positioning myself to stay competitive once the older beta cards will be 'retired' from the main ranked format. I'm also saving up to get 100 packs (+10 free) along with being part of the airdrops for the next expansion.

The Minotaur Warrior is a card I never use due to a combination of poor stats along with the Earth Summoner not being the best one. Being at the end of the season mostly being matched up against lower-level players I did take the bate to use this card just to get a battle in for this challenge which I'm regretting as it was for from optimal while I got matched against a higher level player pretty much standing no chance. Normally I would have always used the Wood Nymph for extra heal which for sure also could have lost me the match in the end. Right now it's basically win-a-match and you get 3 points to climb the ladder, lose-a-match and you lose 30 points making it an endless tedious grind to get inside the top 30 for some season rewards. All these things have really put me off on the actual game and this battle was no exception with the most frustrating thing being that there is no sign of the devs looking to change this broken system. The only thing that could happen to partially solve is if for the player-base to go 20x from here on out. 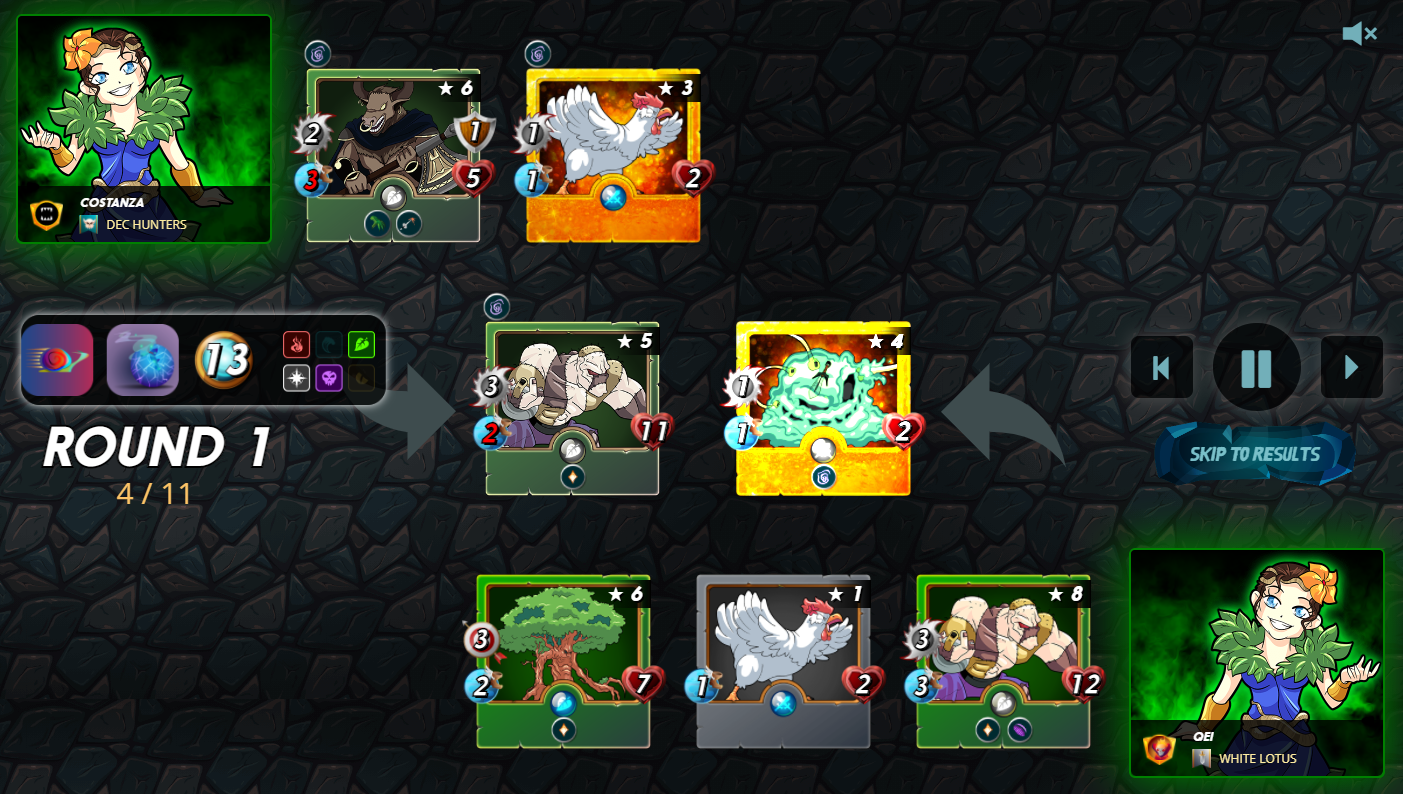 The Earth Summoner combined with the self-healing Flesh Golem is usually a good choice in low mana battles where no Magic is allowed and both I and my opponent played it. This with the only difference that his was 3 levels higher giving it more health, heal, and speed while also being protected against magic damage. I put my Furious Chicken in last place to protect against sneak as putting it in the first place would potentially prevent my reach attack in the first round from the Minotaur Warrior 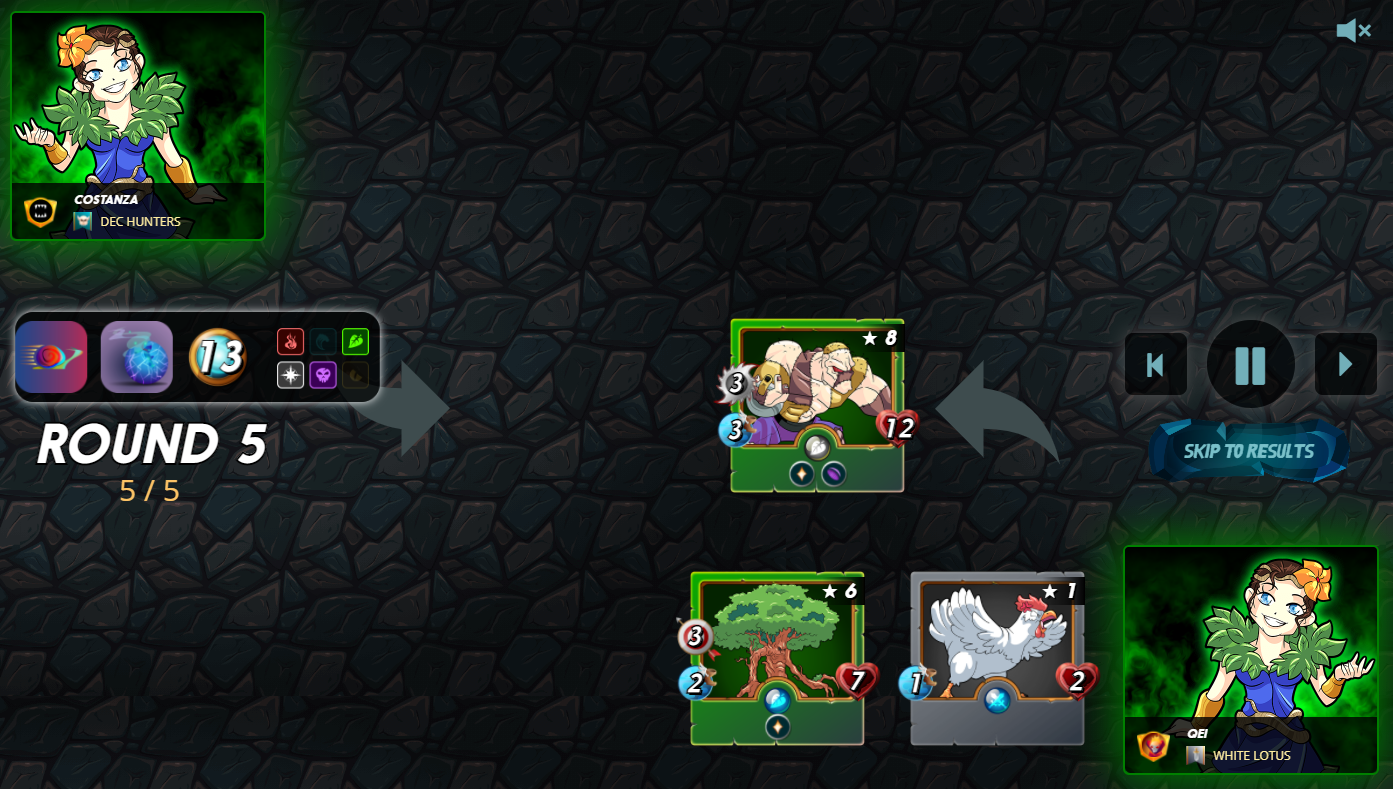 So a defeat without chance this week once again showcasing how broken this game currently is when it comes down to skill playing a major factor and I don't think I could have played any deck with what I have available that could have beaten my opponent even if I was to get really lucky.

I continue to play the game and offer a win-win sign-up deal in 2021 for everyone that starts out with the game using my Referral Link. I updated what I'm offering recently see Full Sign-Up Deal and I will keep this in place normally during the entire year. To see what can be expected in terms of earnings from the Splinterlands game, check my detailed monthly earnings reports...