here comes Beatrix
to be sincere i don't like the name but this doll is beautiful as she is great in combat
i read on a comment that she would be even more challenging if instead of an axe , a boomerang could fly on our screens every time she attacks
what a gorgeus idea
just imagine not only Beatrix but every range-attack monster to use its own weapon on battlefield
Splinterlands devs please write down this idea 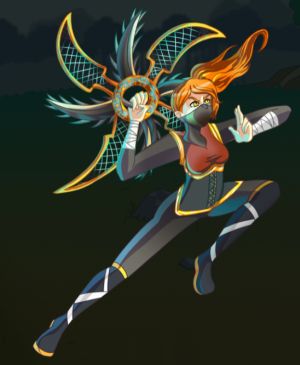 it was a very interesting battle
to be precise if it wasn't i wouldn't have used this one to get to the challenge
the rules were very challenging...no legendary cards allowed plus all cards were loosing their abilities

so the only boost you could get was coming from the summoner
the monsters had no abilities at all
is Beatrix a good choice for a fight like that?
i wanna be sincere with you, the answer is NO
the major ability of Beatrix is that she has the ability to fight in the first place if it is necessary
by loosing this special ability you almost lose half of the power of this card

by the way i used the Earth Splinter in this fight cause i wanted desperately to finish my quest, there is no other reason for getting the Green Splinter , i could have played a different one
the battle was 34 mana cap so i had plenty of 'room' to built my team

as Summoner i picked Mylor Crowling 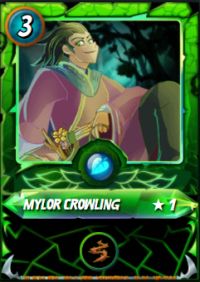 this is an extremely useful Summoners
if there are any newbies reading this post, you have to listen to me and go buy a Mylor from the market in case you don't own one
it is a very handy Summoner and adds power to your team cause it provides the thorns ability to all friendly monsters

i use the gold foil edition of him ( not mine, he is delegated to me)
right now the common foil is traded for $11 which is a high price imo

now lets try to get to the battle and give you some details about my team
as a tank i choose my Flesh Golem,the reason why is that no matter th healing ability was lost ,i could use the 10 life points for low mana consumption...the Golem is a very smart tank with only 6 mana points cost

second place furious chicken, i hope you understand i picked the chicken last ,i just placed it in the second place just to give my other monster some space to move in case the Golem was killed

in the fourth place it was time for the Sporcerer, his 2 points of magic attack would be very useful butat this point i realized that my team speed was a bit low
it is not a good thing to fight last in queue
this can cause you serious trouble
so i needed monsters which would fight first in line

that's why i got Beatrix in 5th place, her massive 3 points range attack accompanied by her great speed was exactly what i needed
and as a combo attack i got Mitica in sixth place...very fast creature with a massive 4 points of range attack
Mitica and Beatrix were the heroes of this battle ...i'm positive that if i hadn't used this combo attack i would have lost this battle 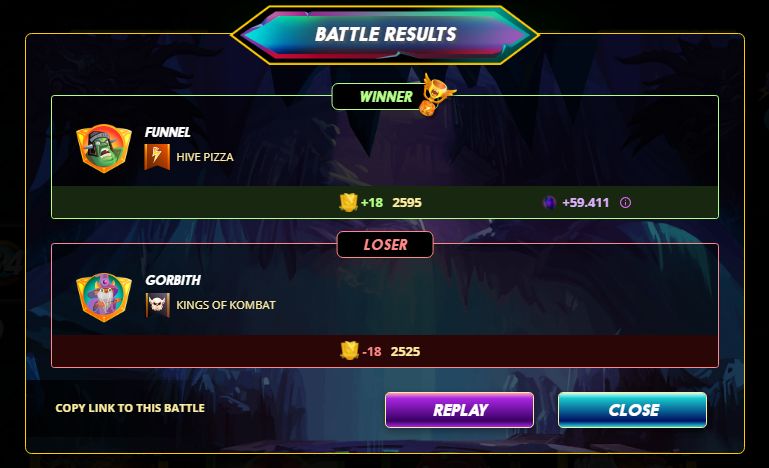