Cerberus, the fearful dog of Hades in Greek Mythology
a very useful card in Splinterlands
don't forget he is a dog and as a dog he is very loyal to his master
by the way i adore the SKIN effect on the card, i didn't like the original draw of the dog but the SKIN update really rocks

please excuse me for the big picture but i like it a lot, so i hope it doesn't bother you too much
the SKIN costs 5000 DEC!
yes it is not cheap so you better forget about it, you can pay this amount of DEC to purchase a legendary card from the market
SKINs are for the rich ones!

-guys look at this skin ,isn't it great or what!-

on lvl 5 , if and when upgraded the monster gets the retaliate ability, which makes it a lethal machine
it's a rare card, i got both the alpha and beta editions
alpha edition is beyond any comparison!
lets have a look at Cerberus stats

you can click on the following link to see my battle in which i used Cerberus
..Cerberus's Battle..

the battle was not a very common one
the rules of it , silenced summoners and little league ( 4 mana monsters or less, only accepted ) made the scenery a bit difficult
for a fight like that though Cerberus is a perfect match
i had a fire splinter's quest running so it was not so difficult for me to make up my mind
i knew from the beginning it was a nice opportunity to throw in the battlefield the nasty dog
48 mana cap was more than what was needed...actually with rules like that the maximum you can use is 28 mana points
my summoner was Talia Firestorm 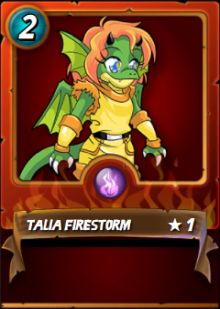 of course we had no problem with mana, but i chose Talia cause i'm used to get her when i face silenced summoners rule

as i mentioned above i had a fire quest running
this is the reason i chose the fire splinter to play ,so i had to get monsters with less than 4 mana consumption
according to my deck potential , Cerberus was the best choice for a tank
its healing ability always give more credit to the monster
in the second place i got my gold foil Serpentine Spy, great agility and attack power, one of my best support Fire monsters
in the third place it was time for Goblin Firemage, a new card in Splinterlands, i choce him cause when he has a very important ability...when he hits an enemy he clears all positive effects on him and in a battle like this one ,this ability could prove to be extremely helpful
for the last 3 places i got ranged attack monsters
place number four my Fire Demon, great support card,4 mana consumption,2 range attack points
in the fifth place i placed Spark Pixies for its 5 points of agility and 2 points of attack power, most of the times you hit first with this monster and this first hit believe me is vital for the battle result
in the last position of the battle terrain i summoned a legendary monster with low mana consumption and a great ability, Lord of Fire reinforce the whole team with an extra point of life!
in such battles and for my deck level makes a huge difference!

if you got some time to click the link and see the battle you will confirm that i had no casualties in this battle
i lost no monster at all, my rival was totally owned by me!
it was a nice battle and i was satisfied with my choices
19 DEC my prize, thank you very much splinterlands 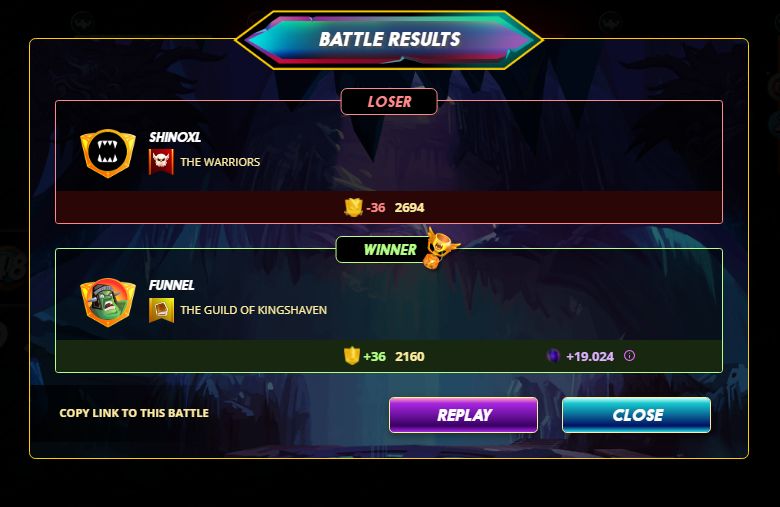