Now a word from your sponsor: RAID SPLINTERLANDS

OK, as a new player I've been enjoying playing Splinterlands for about two weeks now. So take everything I'm posting with a grain of salt. Sure I'm a noob but have extensive experience in gaming and collectibles.

I recently had a drunk discussion with a friend, @phokaiju, and wanted to share some of the insights we came up with that could make Splinterlands a better game that will continue to grow.

I'm going to lift a lot of these ideas from one of the most addicting collectible games I can think of Raid: Shadow Legends. If you've watched a Youtube video in the past 2 years, I'm sure you've seen an ad for it.

They do a lot of stuff right that keeps you coming back to play. They also have a ton of horrible ideas. Let's just steal their good ideas, please!

No matter how much of a whale fest that game is, an FTP player can still compete and finish the hardest parts of the game by simply playing the game. ( and some luck)

I have a feeling this post might be long so maybe I'll add more detailed posts about some of the topics later on in the week.

I'm hoping to stir up some constructive criticism with this post. Far too often every post is about how awesome the game is. While it does deserve plenty of praise, it has a ways to go to compete with the big boys.

I understand all these ideas may be difficult to implement.

I would love to hear anyone's thoughts on the below ideas.

This takes on a whole new meaning after the HUGE increase in the price of quest potions. By making quest potions cost more than $5 per day, you are alienating a huge portion of your player base.

We're all here for that sweet, sweet loot

I rarely receive $5 in rewards from the daily reward. Combining DEC for wins, airdrops, and loot reward my daily winnings is less than $3. That's all my rewards. If Splinterlands expects casual; players to pay $5 for $3 in rewards every day, it's not gonna happen.

Rewards will keep players in the game longer and spending more money. I have a lot to say on rewards that I'll have to save for another post. But some quick ideas include

Here's an example of a daily log-in reward system. In one month you would get 1 free rare, 1 free epic, and 25 fragments (out of 100) for a legendary.

There needs to be a better carrot on a stick for players. If I only have to login in and play 10 matches to get my 8 DEC reward, I'm going to stop playing. 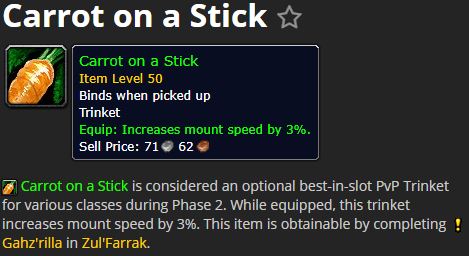 There need to be innovative, free, and cheap ways to acquire cards.

Give players a way to progress. I just want to play the game. It's fun but not rewarding.

Many people play games like this to be a part of a community. Unfortunately creating a guild costs $72 right now! That is insane. Guild should be free to create. If you have to charge a daily fee or something based on the size, power, # of players, or whatever. But the way it's setup no, no FTP players can start a guild.

I honestly wasn't paying attention so I'm not sure if this is accurate or not but was told BOTS are encouraged by the developers? Can anyone verify this for me?

Great way to trash your economy and discourage gameplay by new users.

OK, rant over. I really do like playing Splinterlands. My plans were to spend $30 a month to win my daily quest with potions and then purchase new cards when the decks come out. I'm still fine with doing that.

Most of these ideas are long-term obviously. I just wanted to get the post out while it was still fresh in my head.

How would you improve the game?

Haha, I love the Carrot on a Stick reference from WoW!

Regarding the suggestions for rewards, I think it is a very important discussion. The biggest problem is, that bots can easily manage to exploit pretty much all forms of it. There always needs to be a fine balance between rewards and destroying the economy of the game.

Your comment about bots being encouraged by the developer and the rewards system contradict one another. The reason the quest potion was reverted to dec only is because they were being purchased in large amounts by new bot accounts that were sitting at the lowest ranks possible, cheesing new players with cheap rentals for 6 reward cards a day. The rewards from these chests were coming directly out of the daily reward pool for ranked play that everyone shares. This change to quest potions is exactly what you ask for later in your article when you ask the developers to take action against bots.

Another thing with daily login rewards is they cheapen the experience for everyone who actually plays while at the same time the daily login rewards enhance it for people who just make multiple accounts and trade the one time offers and daily rewards over to their main accounts. In raid shadowlegends you can't trade so there's no advantage to running multiple accounts in Splinterlands all those types of rewards can be given away or sold. If they did soulbound to your account skin giveaway or something sure but personally i'd rather them spend time working on their roadmap.

Finally the rewards. If you go and rent the most popular and expensive cards and win doing the same thing as everyone else, or paying wayyy to much for the lama kron cheese then yes your paying a premium to do it the “easy way” and your rewards will most likely be lower than a innovative player who has learned to use some less popular cards that he can get much cheaper and use to climb just as high.

In the past month I have purchased the spellbook for 5 friends and created a free to play account myself. All of those friends have blown past the value of the spellbook mostly by casually doing the daily and only one of them has spent any money on the game other than the spellbook. Just yesterday we purchased our second guild and yes it was expensive but completely in the realm of possibilities for a 6 people making 100-1000 dec a day each.

It's awesome to see that you're hyped about the game but try to give it a chance before we try to turn it into the gotcha game that is raid shadowlegends for short term returns over long term sustainability.

i play that game