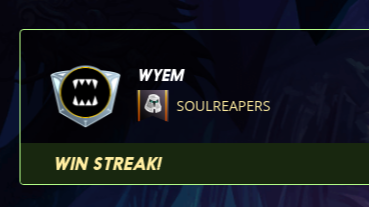 If you are struggling to get wins with water splinters in lower ranked matches, this post is for you.

Last week we had the Electric Eels Share Your Battle Weekly and I realized I was not very good with Water Splinters.

So what did I do? I started playing matches with Water. A lot of matches. Until I found a simple strategy that produced good results.
Now, this is not going to work for every match up. You should look at what Splinters your opponent has last played to get a good feel for what they are comfortable with. You might even look at this post and say "Really? Isn't that common sense?". Well, i'm sure a lot of people overlooked how powerful this is at first glance too. The strategy I am talking about is a type of glass-cannon strategy. That means our Splinters will have a high attack but lack the health to sustain a long fight.

The plan revolves around using Alric Stormbringer as our Summoner and loading him up with a tank and all mages.

Alric Stormbringer increases the Magic damage of our Splinters by 1. The one thing Magic has that the other 2 damage types don't is its ability to bypass Shields. This makes it an exceptional strategy if you think your opponent is going to be using a lot of Shield to mitigate Damage. Like I said, super straight forward and simple but also super effective in the lower ranks.  I can't speak for anything higher then Silver 3 but this is my win streak last night using mostly Water and switching it up in match-ups I thought the strategy wouldn't work. I chose Serpent of Eld as my tank for his overall well rounded stats. He's fast, He hits hard, and he can take some hits. Serpent of Eld also has a Dodge ability which gives him an increased chance of evading Melee and Ranged attacks. The extra evasive-ness is what sold me on him. This card is awesome. I use it every time I can afford to with this strategy. The fact that my guild member lent me a gold version has helped me a ton. Not only am I making crazy DEC but with his attack buffed, this guy is dealing 3 Magic damage. That's insane for a .44 cent card. He is very slow though so one of the last ones to attack. Nothing special here but the fact that it's a mage makes it good. The flying helps it be a little more evasive but really it's only here for that Magic damage to get pumped. VERY fragile. Now this card is cool. It's a better version of Enchanted Pixie above it. It has 1 less mana cost and 1 extra speed. I would always include this card in this strategy because it is so cheap at only 2 mana. I actually like this card a lot. This mage is a little interesting because it is a little more expensive mana wise but what it brings is more sustainability with 3 health. 2 speed is alright and the 1 damage is okay but it works very well with this strategy. I don't always include this card because of the more expensive mana cost but it is totally worth it for that extra suviveability which is something this team lacks. I write the same thing about this guy every week because he is ALWAYS on my teams! The only time he isn't a good fit is when the Mana cap is so high you have trouble filling it. Otherwise, he fits in literally anywhere you want him to. If you need to stall or throw a body infront of a creature, this is your guy! The enemy had a good team and it was very close but I managed to pull out the W. Once I realized how good this actually was, I started to use it more and more. As long as you throw a strong tank in there, you should be okay. If your opponent is using a lot of Snipe, Sneak, Opportunity and abilities like those, it may be hard to keep your magicians alive. That is one weakness that this strategy has.Here is the win streak I was on last night with it in Silver 3. Now I would like to discuss which units are available and which ones you should choose. Buying the Summoners Spellbook gives you access to 4 different Mages you can use. 2 of them in Water, 2 of them Neutral. For Water Splinters you have Ice Pixie and Medusa. For Neutral Splinters you have Elven Mystic and Enchanted Pixie. Now these are fine but there are some upgrades available that would really boost this strategies potential. With the price of all Splinterlands assets going through the rough, it may be hard to find some of these at reasonable prices but here is a list of Mage cards I've put together both Neutral and Water.

I personally do not own any of those cards but my guild mate has lent me a gold Sea Genie that I always include. For .44 cents I would pick one up ASAP. The Captains Ghost also seems alright for 1.25$ but this is not financial advice and any card you buy does not guarantee you a win.

That does it for this weeks Share Your Battle challenge. Thank you for taking the time to read my post and I hope it proves useful to those in need.

If you don't have an account please sign up with my referral link at the top to get started on your #play2earn adventure with a free card.

*All prices in this post are accurate as of 7/29/21. Prices subject to change*

Congratulations @yems! You have completed the following achievement on the Hive blockchain and have been rewarded with new badge(s) :

my problem with Serpent of Eld is that its too weak against magic... any build with more than 2 magic monster will end it... but overall this is some wining strategy

Yeah that cards tricky. Helpful to own but weak versus magic!

Just fixed you up with some of the cards you were lacking man! Leased you a prismatic, dwarven and tortisian. I don’t own magi sadly so can’t lend you that one and my spirit miners are both used lol.

First thing I did this morning was log on and notice I had some new cards in my inventory :D The extra health on all those monsters should really help, thanks a bunch. I am really excited for the new set coming out.

thank you for sharing us your great magic strategy and also you did a great job by shraing the battle step by step so the readers will have a better understanding. Keep playing splinterlands and post awesome contents