@costanza 74
over 1 year ago
LeoFinance

It has been over half a year since I first looked into the SPT token (See Post) which made me start cost-averaging in at a price below 0.00025$ reaching 1 Million SPT a couple months ago (See Post). This is an update on how things are going along with the passive returns I'm getting delegating it to @monster-curator...

There has not yet been an integration of the SPT token into Splinterlands but at some point in time it is bound to happen which makes this a sleeper coin great for accumulation while nobody is really watching it. If an announcement comes, the price likely will skyrocket making many FOMO buy into it giving a good opportunity for some profit-taking. For now, I continue to grow my stack without actively buying more.

The price of SPT goes up and down now sitting at around 0.00031$ with very little volume which makes it hard to get in without pushing the price way up or dump the price when selling. So getting in or out needs to be done gradually and most seem to hold on to their bags at the moment. 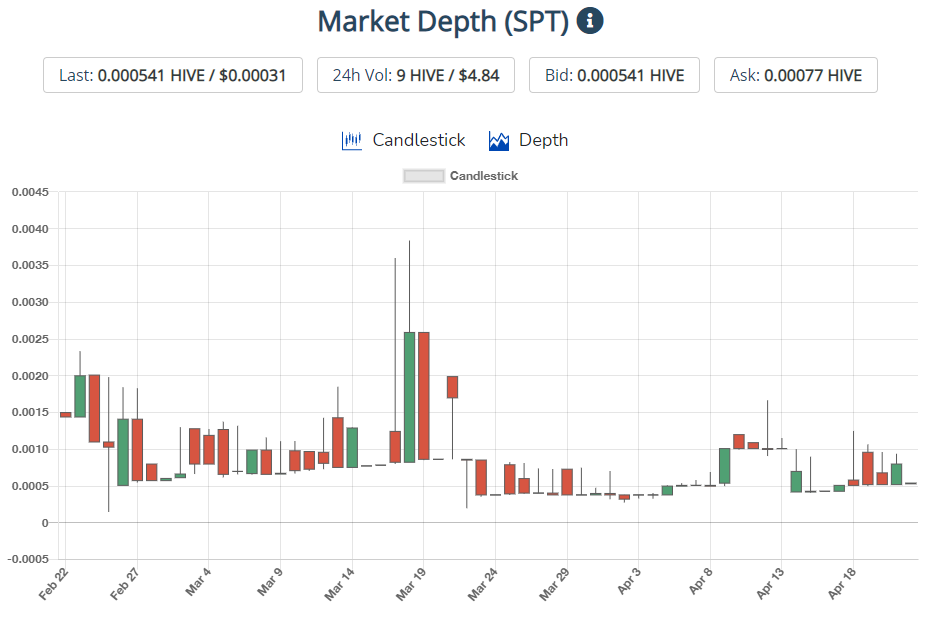 There is currently a lot of inflation on SPT as 9.74% was added to the supply during the last 71 day. This decreases over time and it fully goes to content creators and curators (SPT Holders) on Splintertalk.io split 50/50.

Ever since I found the @monster-curator project which pays 100% of the curation rewards to those that lease their SPT to them, I have been making it into a daily routine in the morning to stake the SPT I received instantly adding to my lease for an optimal compounding effect. I have put the growth (both from Daily Passive Delegation earnings & Blog Post Payouts) of my SPT holdings in a chart with an expected APY just for delegating to @monster-curator over a period of nearly 200 Days. Ever since i reached 1M SPT, I haven't bought or sold SPT and just let it run. 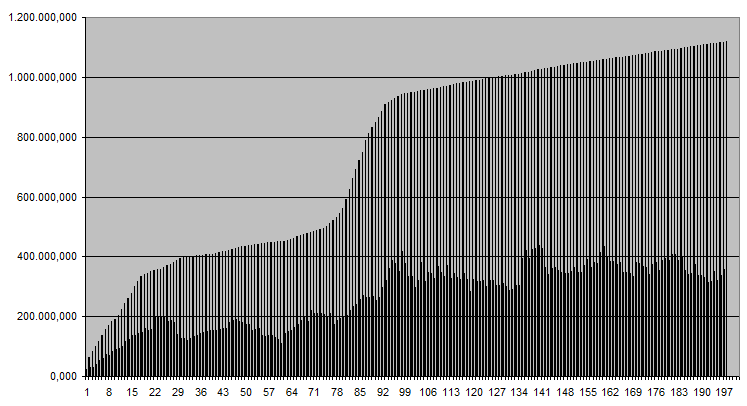 There is currently over 33 Million SPT delegated to the @monster-curator project which has just shy of half the Voting power on the platform to do proper curation getting solid content that is made about the game on the Front Tredning page of https://www.splintertalk.io/. 77 Different users are leasing out their SPT and the number seems to be growing a bit month by month.

I can't help to be slightly disappointed seeing how hard it is to keep up with the big inflation SPT currently has by leasing SPT and Blogging on the platform which just barely beats that for me. This makes the main Value of SPT which still only has a 23k Market Cap in a likely price increase the moment it gets implemented into the game (If it ever happens as it's no guarantee). Being able to lease out SPT getting passive returns does help in offsetting the inflation and I keep liking this token as something to have a relatively small bag off as another way to diversity and get some passive returns in crypto. For players who are willing to make some quality content being rewarded with some SPT growing a bag without the need to invest it for sure is a nice opportunity.


For more Info Around the Splinterlands Game see...

In a couple of months from now, I will bring another update of the SPT token!

They should implement SPT into the game. Would give the token more utility. :)

I'm quite optimistic that at one point they will (hopefully with a burn mechanic) and that is kind of what I'm betting on since it is for sure not calculated into the current price SPT is going for.

I think it will be coming in for purchases of digital items like skins, avatars and other secondary items which will crest some demand for the token.

Until then I am happy to stack passively and compound it.

Is my delegation amount for real? I have been slowly adding each week for past month. Much more than just 81 SPT. Do I have to undelegate and delegate again to get the correct amount shown? Thanks.

Okay thanks for clarifying, because got me confuse there where some larger numbers from others on the list did not have any dots in between the numbers so I thought my delegation was smaller.

No problem, of course you can also check the up to date figure in hive tasks yourself https://hivetasks.com/@mawit07

select the spt token and go to delegations for overview :-)

Hey , how do delegation actually work? I have some SPT delegated but I never know if my new SPT comes from my curation, my staking or the delegation.. Small qtys, tho. Thx in advance!

Good question @renovatio never be afraid to ask those! Do you use the hive-engine and hivestats? 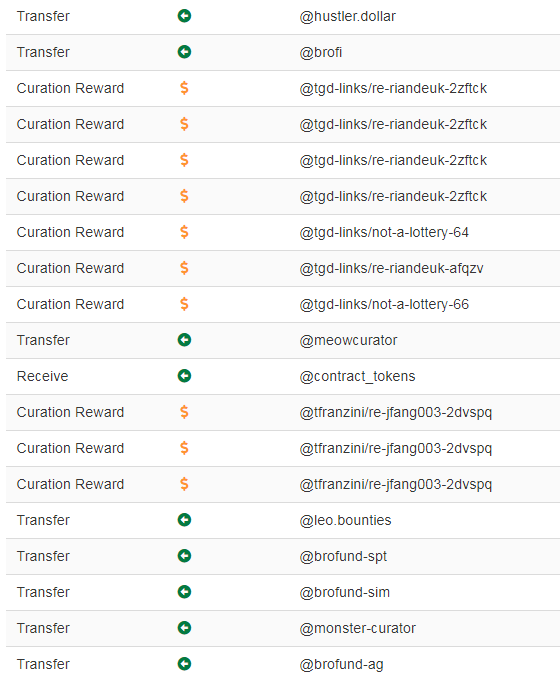 In hivestats it's the most clear to see as in the picture above. Curation reward and author reward are named as such. Any transfer you get is from the delegations or tokens/miners paying out. I've delegated my SPT to monster-curator and that account will also transfer the spt daily. Hope this helps.

Definitely, thanks a lot!

I hope the vision comes alive where you can buy art or other non game items with spot, that will truly add lots of value to this coin

I, too, was constanly staking and delegating my SPT tokens each day, but I got to thinking that I might be missing out on some tokens due to not having any undelegated to earn from my posting/commenting/upvoting. So I continued to stake, but not delegate. I have almost earned (staked) as much as I have delegated. At the point they are equal, I will do a comparison to determine whether I earn more from delegating to @monster-curator or from being active in posts. Once I have this information, I am planning to lean more in the direction of the option that offers the highest return.

I'm looking forward to the comparison. For me, delegating mostly helps in terms of time management and I'm quite ok if I don't maximize everything.

I can totally understand that. My hours at work fluctuate from week to week so there are days that I find it hard to get all of the posting/commenting/curating done that I would like. If I find I can make just as much delegating, I will not be so pressed to make sure everything gets done every day. I will not stop my engagement, but it will not be as much of a priority. However, I think I will find that I make more there and will continue to split my engagement/delegation efforts in order to take advantage of both regardless of my available time. The only thing that might change is the percentage of my stake that I allocate to each.
!ENGAGE 10

@misterengagement 57
over 1 year ago
Thank you for your engagement on this post, you have recieved ENGAGE tokens.
0
0
0.000
Reply
Menu
Explore NFTs Proposals Pool
Trade
Trade SPT