The Brawl Controversy And The Future Of The Splinterlands Metaverse

khazrakh in LeoFinance • 4 months ago

There's been a pretty heated discussion going on in Splinterlands Discord these last days. There were two groups of people arguing whether the amount of Brawls should be reduced or kept at the current level. Sadly, there was a lot of bad blood at times and even with things figured out now, I fear that a lot of what has happened there is going to resurface eventually. For now, the majority was in favor of reducing the amount of brawls, essentially doubling the time in between brawls. Personally, I was in favor of leaving it at the 3 day interval it was sitting at, but not only can I live with that decision, I really applaud the devs for listening to the community and acting on such a short notice. Nevertheless, that's not what I want to talk about today. Instead, I want to take a look at the future of Splinterlands and discuss what can be learned from that recent discussion. 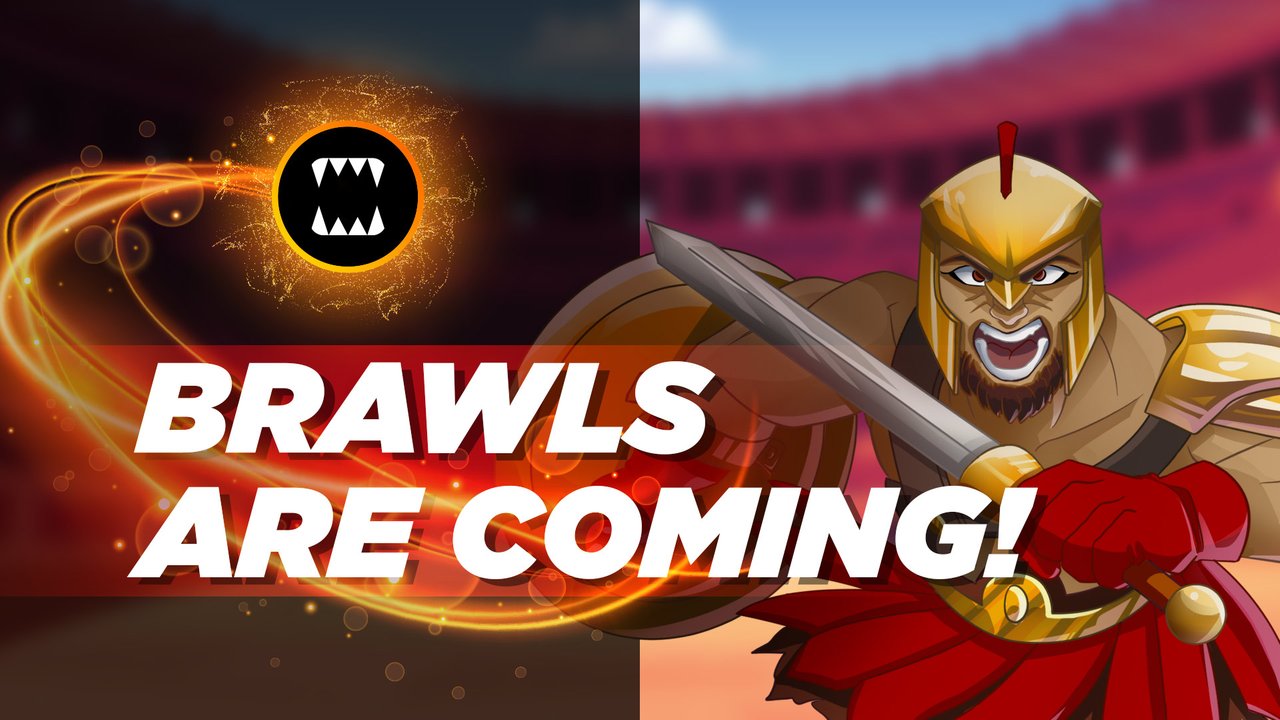 Each of those comes with its own rewards (although individual rewards are yet to be implemented for Brawls) and thus, many players feel like they have to take part in all of them. At the current pace, it seems like this was already too much for many players. The truth is, though, we are only seeing a fraction of what the game is going to have to offer eventually. We'll have the whole land expansion complete with farming and improving your plots of land. We'll have two instead of one ranked queues once Chaos Legion hits. We'll see boss monsters and other PvE game modes. Eventually, there are going to be more games using the Splinterlands NFTs, Aggy and Matt already hinted at a turn based tactics game that they'd love to make some day. On top of all that, I'm pretty sure we'll see games from third parties use these NFTs just as well. In short, there's a whole Metaverse in the making for Splinterlands and with each addition to the game, with each new game mode, it will get harder and harder to take part in everything.

In my opinion, the most important thing to understand here is that you are in no way meant to always take part in everything. No single game mode is ever going to be mandatory. It's simply that we are still in a very early stage where it's viable to play it all, but we will evolve out of that and some time in the future, only the most hardcore of hardcore players might(!) be able to take part in everything Splinterlands will have to offer. For as long as people expect to be able to take part in everything, all new additions to the game will create stress for them, making them feel like they simply can't make it. On that matter, we need a change in people's mindset. In the future, you are going to decide for yourself what parts of the game you enjoy most and what parts simply are not for you (or your schedule). This is something that will have to happen on an individual player scale and that will need a lot of explaining. This also brings us to the other side of the story.

As long as certain parts of the game feel like they are mandatory, people will obviously treat them like that. So while players will need to understand that they are simply not meant to take part in everything, it's also up to Splinterlands and its developers to make that more apparent. We'll need to create an environment that feels rewarding to both casual and hardcore players. And as the whole Brawl controversy has shown, this is going to be a lot harder to implement than it might sound. To some, Splinterlands is simply a game, to others it's an investment. Some even try to make a living off it and to others yet, it's a combination of everything. As Aggy keeps saying on the AMAs, in crypto, you can't please everybody. That might very well be true, but Splinterlands will have to try and get as close to that as possible.

In my opinion, communication will be key to achieve that. I feel a bit odd about that statement as I feel like they are already doing a tremendous job with the weekly AMA and everything but nevertheless, we need more targeted communication, especially when new systems are implemented. As they have just proven once more, they are more than willing to listen to their players and try different things. The thing is, not all players are in Discord and even less will actively take part in a discussion there. So when new things come around, we need more information not only on what was just added but also on what the plan is moving forward. In the case of Brawls, having the information that individual rewards are coming would have been extremely important. An already pre defined testing cycle would have helped as well. Something like "We'll have 3 Brawls with 3 days in between, then we are doing 3 with 6 days and then 3 with 9 days. After that, everybody gets to vote and we'll see from there". Things like that would help people to understand what's going on and where we are heading while also getting more people involved with the discussion and especially the decision.

Ultimately, Splinterlands is in a unique position in terms of the existing community as well as the already existing game. As long as we manage to keep the community working towards the same goal, there's almost nothing stopping the game from being the premiere blockchain gaming title out there! And that's all from me for today, thank you all for reading and see you next time!

Great analysis.
I don't have time to follow Discord debates so this is a great summary.

I've given Brawls go a few times and won a few crowns but was thinking "What's the point?" because the only thing you can currently do with crowns is build a higher level arena. Its good to know that individual rewards are coming.

Unfortunately I'm finding it hard to fill the Brawl slots as my guild only has 6-8 active players. We are struggling to recruit more despite being Level 5 and on the way to level 6 and with @jpbliberty matching DEC contributions.

I don't know how to reach out to potential Guild members.

I had tried to build my own guild as well before I was given the chance to join Immortal Gods. It's really hard to find players interested in participating in a guild. Might be because the incentives are just not there yet. This is hopefully going to change with individual rewards from brawls and also the different boons you'll be able to buy for your guild with crowns.

But I think that's exactly part of the greater issue - a lot of people simply don't know that's coming because it was mostly only mentioned in the AMA. Stuff like that needs to be known more broadly.

Yes. I never have time for video content like AMA’s and much prefer text information, preferably posts on Hive.

we will without doubt get to a point where the average player simply won't be able to take part in everything the game has to offer.

I am already at that point and despite being in a Guild I won't be playing brawls. I imagine at some point that will mean I will no longer be welcome in the Guild but for now my daily quests are making a contribution.

It seems to me that fighting brawls will work best with players who are active in their Guilds as it's supposed to be a team thing.

Somehow I missed the discussion around this in Discord. I find myself skimming more and more there but I generally pick up on the big issues.

One of the challenges with this, I think, is the developers often don't know what's coming next themselves. And maybe that's a good thing as it allows them to be more creative with how the game develops rather than tying themselves to a specific plan.

That's true and I really appreciate their flexibility. It's really about finding the sweat spot I think. Don't announce too much, especially if you are not certain yourself, but provide the players with enough information so they can comprehend what's going on :-)

I personally find hard to follow every development of the game, there's really a lot going on and I don't have time to read every discussion on Discord.
So, this is what I do: I patiently wait for your article to pop out, and in 5 minutes I have an opinion 😂
Thanks buddy, great job!

Ha, thanks a lot for that great feedback, glad it's of use to you!

Every day is an adventure, haha!

...and I'm really looking forward to many more adventures ahead of us ;-)

For me, I like we have some updates coming after a long time without any. Also, I like the idea of a PvE mode, it could attract new players. However, I hope it won't be something secondary and not rewarding like most online TCG.

Ya that's true, a lot of games lack in that department. Let's hope Splinterlands will get it right :D

I don't follow the discord much either so its great to know about the information. I know we don't need to participate in everything but I feel bad not doing my part when I am assigned. So I wouldn't mind the frequency of the brawls dropping so I have more time for other things.

The whole assigning sing is probably a bit of an issue as well. Obviously guild leaders want their players to play, so they create some pressure by assigning them to their frays. I'd guess once we have these individual rewards this will change a bit and players will be more inclined to play in a fray - after that we'll probably have too few frays for most guilds :D

Yea but I tend to be in a smaller guild so there aren't too many active players. So there tends to be spots unfilled for our brawls.