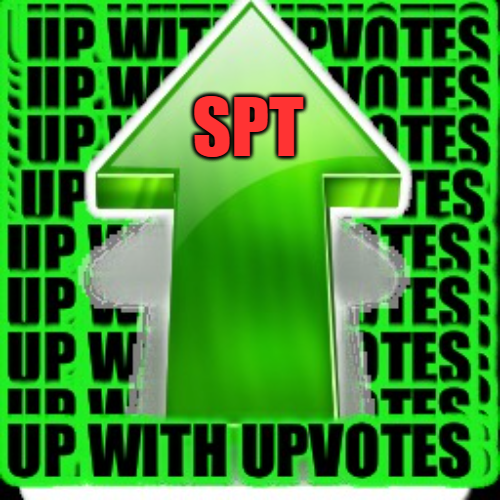 My 100,000 SPT delegation and 10,000 BATTLE delegation just hit my account. That means I'll soon be ready to give you automatic upvotes. So far we only have two content creators that requested to be on our auto upvote list. Since currently the "list" only consist of two content creators we will do the upvotes manually for the time being.

@monstercrusher intends on being a curation account for the SPT tag. The only way to get on our upvote list is to request to be on it in the reply section of any of our active topics. Your blog will then be reviewed and if we see that you are creating quality SPT topics you will be added to our upvote list. Using the SPT tag on your Splinterlands content is a must if you want a vote from us. Not mandatory but highly suggested is to also use the BATTLE tag.

I hope to grow the amount of SPT and BATTLE I hold via curation/content creation so I can give out bigger upvotes. I will be sending any earned SPT rewards I make to @rentmoney who in return will delegate it back to me. Since my purpose is to curate the SPT tribe I won't be needing much HIVE POWER. So one of the ways we intend on supporting the SPT token and grow our account is to use all our liquid earned HIVE/HBD earnings to purchase SPT from the HIVE Engine exchange. From time to time we will also purchase some BATTLE tokens.

If you like you can add me, though my frequency of using this tag is once or twice in a week,

Well you can add both me and @revisesociology to your list if you like, although I think we're actually the same person.

Been a fan of SPT and BATTLE for a while. Please check my blog to see if I qualify? I would like to join the list as I play a ton of games and post about twice a week on Splinterlands. Thanks!

I only play this game Splinterlands daily. Would be happy if I can join the list too.