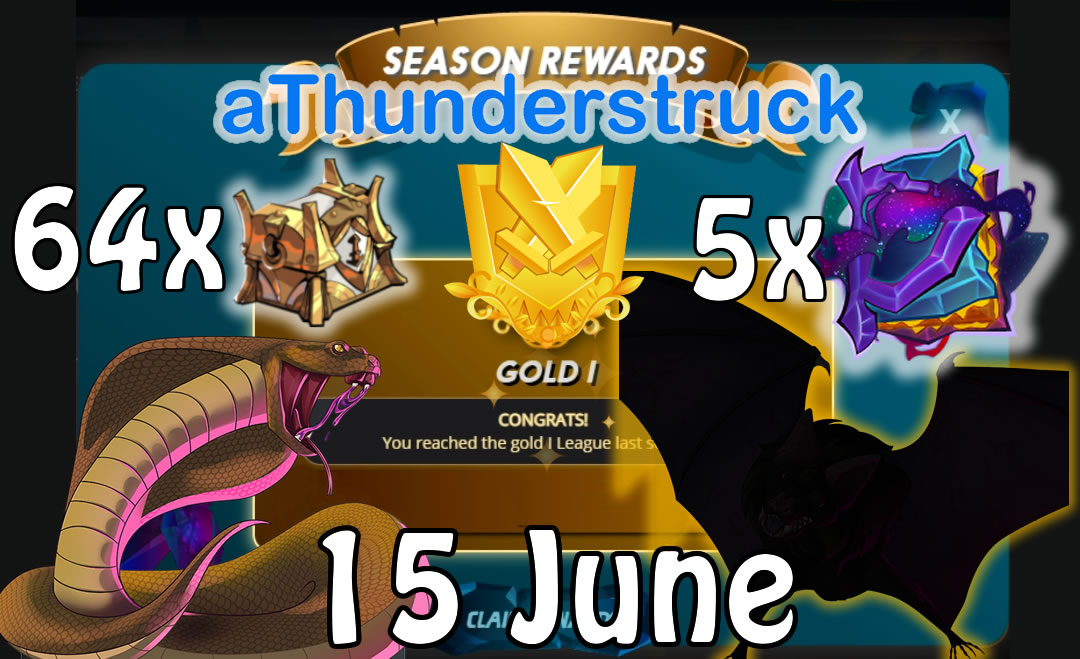 Ahoy, on this June 15th the latest season in Splinterlands has ended and this is also the first End of Season since the introduction of the new rewards changes!

For the season itself I gained 64 End of Season Loot Chests. Which is more than double of what I would normally get from finishing the season in Gold 1. I was trying to get to 65 Loot Chests before the timer for the season was up, but I ended up losing my last 2 fights before there were 5 minutes left until the end. In the last 5 minutes you can't queue for any new battles anymore, only finish the ones still going on. Still the 64 Loot Chests is pretty good for the first season with the update, I can now try to aim for more chests at the end of this next season.

I start claiming the Daily Focus chests first, and from those 17 chests I got the following rewards:

Now that I've opened those, it's time to claim the End of Season chests. When I click on details it still shows pending rewards 64 chests, so I have to refresh the site before I'm able to claim them. Once I've refreshed I claim those 64 Loot Chests.

From them I got:

Here are all of them in a nice overview provided by splintershare.info that Clove71 has just taught me about. 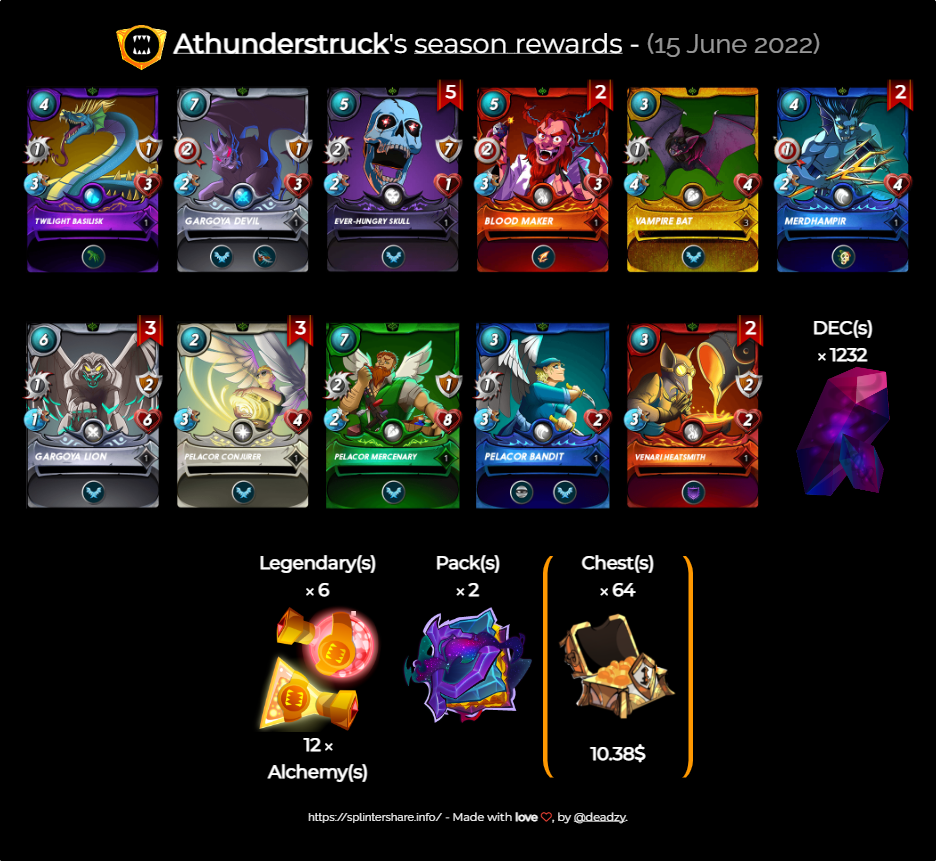 Unfortunately no Epic or Legendary here, but I did get a Gold Foil card and that's always great to find as well!

Those 2 Chaos Legion Packs from the End of Season rewards definitely have to be opened. On top of those I received 2 from some of my Daily Focus throughout the season, and I received one from the amazing @clove71 😄 I decided to keep those 3, and thanks to the 2 I got from End of Season Loot Chests I now have 5 to open! Let's open them and see what I get:

Nice rewards! I used https://splintershare.info/ and you can see share your rewards easily there. Here's to another great season for you!

Thank you for the curation and also for letting me know about this site! 😄 That's a great overview of the rewards. I have just added the screenshot from there to my post. Thanks, hopefully I find a legendary in my next EoS rewards!

Well Done! I was not soo lucky for my Gold rewards.

Thank you! Aww damn that sucks :( I hope you get better rewards next EoS!

very cool rewards! Waht do you think so far of the new rewar system? I really like it and it really motivates you to play more of this nice game :)

Thank you! I definitely like this new reward system a lot! 😄 A lot more chests if you can play a decent amount of games per day. I would just prefer to see the timer for the next focus be reduced to 23 hours like it was for daily quests before, or even to 23h30m. To have the chance to claim them within the same time period every day. Right now mine's is in the middle of the night because I've missed the claim several times 😅

A very nice chunk of rewards you got there..
Keep hustling, get rewarding..

Thank you! I'm looking forward to finding out what rewards I get today from the EoS chests. I managed to get more chests than last season.