# Get all that DEC - Splinter Stats Season 56 Report Card 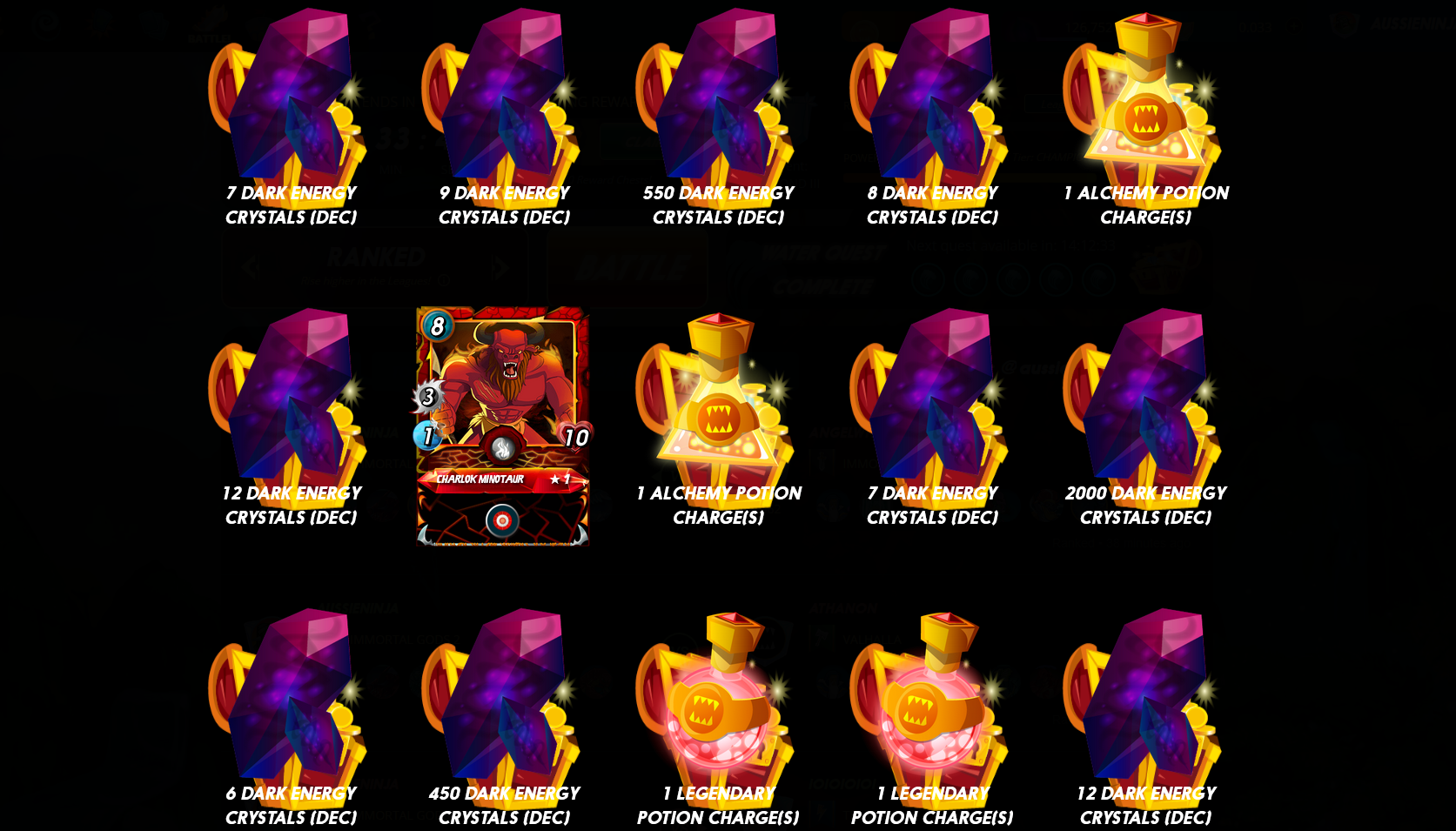 Very excited to throw up a Season 56 report card! @kiokizz has done a great job working with all the changes that Splinterlands has thrown his way the last couple of weeks. Huge changes in the data which you'll see below.

I was actually offline for a lot of this season, I was away in Alaska and had a few days without reception... BUT... I actually got a higher rank this season and I think that's because the season ended at 6pm my time, which means I had all day to improve my rank... and I was playing right up until the last minute. I think the previous season ended at my midday and the season before that was 6am. I love the rotating nature of the seasons, makes it way more fair for everyone... because those last few hours are a HUGE advantage.

Tournaments just didn't really happen this season... they mostly weren't on due to the change over from DEC prizes to SPS prizes... and because I was away... but I'm excited to pick them back up this season.

Reward cards are so few and far between now... which absolutely makes sense when you check out all the reward cards that are left on @kiokizz's other report:

Currently there is one legendary, one epic and five common cards left... When I checked 3 days ago there was 3 epic reward cards, 3 legendries and 5 common reward cards left... so they're disappearing quickly.

4 days ago I bought up all the Sand Worm cards I needed because it was sitting at 99% printed, and I'm glad I did because it was gone the next day... and we all know that prices shoot up shortly after a card has been completely printed.

I can't afford them myself... but if you need Axemaster, Charlok Minotaur, Chain Spinner, Harvester, Nightmare, Almo Cambio or Demented Shark I'd buy them sooner rather than later.

Hmmm, at the end of last season I had nearly every card rented out... and now I'm sitting at 121.510 DEC/day out of 433.610 DEC/day listed. Either that means my prices are too expensive or people just aren't renting cards out until they need the extra power to move into higher leagues. How are your rentals working out for you? How do you figure out the right prices?

SPS is stressing me out a little lately... every day I'm falling behind the overall market... which means I'm getting less and less SPS as everyone else is adding more and more to their collections to achieve those SPS airdrop points. There's not a whole lot I can do about it though... hopefully I'll do okay in a tournament or two to help out.

I have absolutely noticed that the competition is getting way more intense over the last month or so. It's now a super challenge just to get into the Champion III League. I wasn't sure I was going to make it.

Also, I bought my first Gladiators yesterday! What a thrill!
Obviously I'm going to have to get a LOT more before they'll be super useful... but still, I can't wait to try them out... 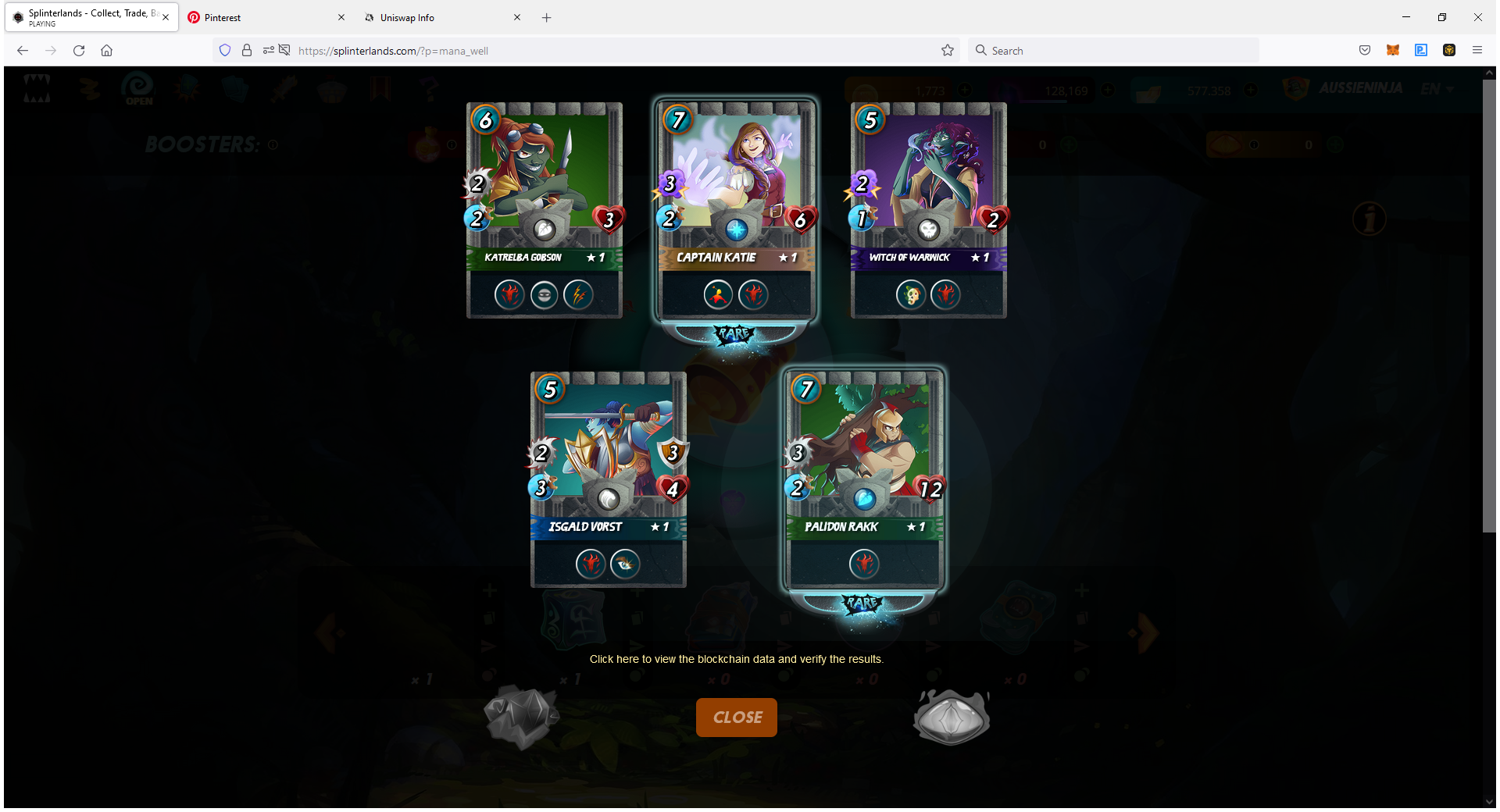 I've definitely noticed that more people are figuring out the perfect deck for each scenario... which is obviously going to be incredibly hard when you don't have a maxed out collection... I can't just drop thousands of dollars because a different card will perform better for me... so I can really only work with what I've got, and wait for Chaos League to hopefully even the playing field again (although I'm obviously aware that the Splinterland Whales will have a huge advantage in collecting that set too... so I can only do so much). Still, I'm absolutely enjoying playing the game each day. Good job Splinterlands! Thanks for making such a fun game!!

The Gladiators will be a strong addition to players who stick around and get them levelled for Brawls.

Seriously! You can tell they are going to be great cards... I got 3k merits for my last brawl... so if that keeps up I'll get 3 Gladius every 2 brawls... so, yeah, to get 400 versions of one card might take a while.

Hey @kiokizz! For this season, I'm getting this error when I try to post:

Post failed: There was an error broadcasting this transaction: : Network request failed

Filling out the form and everything seems to work really well... it's just once I click the Post button that things don't go well.

Ah, please disregard. I tried again an hour later and everything worked fine. Thank you!!