It's been a while I have written about Splinterlands. It seems like a good day to re-cap. Today is a good day. We have the basics of Chaos Legion pre-sale announced today. Obviously a lot of people including me are quite excited, and I am no exception. I am not going to do too much speculation and keep it mostly on finances and the game play. I am still learning to use the new rewards cards, and I will show some preliminary experimentations.

This time around the reward cards are released in 'sets'. For examples the set of 4 Djinns; 2 epics and 2 Legendary, are probably getting most of the attention. So far I only have 1 maxed, Djinn Biljka (yes, I am struggling with the names, but loving it!). Prices have come down a bit and stabilizing over a relatively decent area. Around $1.5/BCX for the epics and $9 and $20 for the two legendaries respectively.

Usually price is a good proxy for the relatively value and supply/demand. I like to say in financial market that price and volume of an intrument comprises all possible informations at a given time. If that is true Djinn Oshannus is the most useful of the four. I don't know if it is 2.5 times better than Djinn Biljka or not, time will tell (also I don't have Oshannus maxed yet, so I can't tell).

This was just a test, but the basic idea is to put Biljka towards the back, as it can only get damage at the first position directly (it can get secondary damage like Blast or Reflect). This was a Target Practice and Equalizer battle rule, so Biljka get higher health. I was also expecting snipers and/or dominantly magic/range attacks, so I put the failed summoner and Onyx in Position and 1 & 2 respectively. That strategy didn't work as planned as my opponent came in with 3 Sneaks!! Thankfully I had a hedge, with both Kron at the back (to activate Last Stand, which also didn't work) and Screeching Vulture next to Biljka. Due to the new ability Camouflage, the sneaks avoided him and took shots on either side, which was rather cool to watch :) In the end, Onyx was not used at all! Other New Reward Cards that I am using

I have maxed Venari Heatsmith, which is at the other end member, it is one of the cheapest common reward cards right now. When I maxed it yesterday, it was the cheapest. At 8 cents/bcx there is little that can go wrong with it. Can the price go lower, maybe; do I care? NO. I maxed it yesterday. My reason was that I use Zaku a lot and I often use Almo Cambio with either position 1 or 2 with Zaku. I struggle if opponent use Valnamor, if I use Living Lava in position 1. Venari Heatsmith has this new ability Amplify, which increases both the magic reflect and return fire (also thorn), which is very useful in a Zaku battle.

There you go, two new ability, two end member spectrum; one legendary and one common, both equally useful. I have also maxed Pelacor Bandit, it is basically the Sabre Shark but with flying, which is excellent as it does get missed by slow sneaks a lot! So yeah, these are some of the new cards I have been using so far.

I am really looking forward to get some of those cards. Looks pretty interesting to me. Even though I am pretty new to Splinterlands I have fun!
Thanks for the Info!

Yeah, sure! We welcome new players. Look around and ask questions

venari good effect. I need to look closer at those cards :)

I am liking it so far. Needs care though

the only thing i have done with new cards is buy them :D

Now you are giving me the itch to buy some of these damn things you know :0)

Patience young padawan... I might just be clicking a button as we speak. Or finding a card after said clicking, lol

Next month will be amazing, "fasten your seatbelts Dorothy, because Kansas is going bye bye"! ;)

I think it is a great time buy and max common cards, I have been looking at more legendary but wanna see if they dump more after this season

Yes, as more rewards will be given people will flood the market with those reward cards; prices should be softer

Thanks a lot! Very interesting for a new one like me.

Love the Djinns personally. Can get real ineresting playing those, especially Oshannus' forcefield.

Still only really tested one, the other 3 I am yet to test properly. Not finding enough time to play

That Heatsmith in the mid-ranks somewhere with Lord A upfront could be very effective. Most of the new reward cards are decent, historically they have been strong and there's little change with these.

I am using him with both Lord A and Almo Cambio. Quite effective! 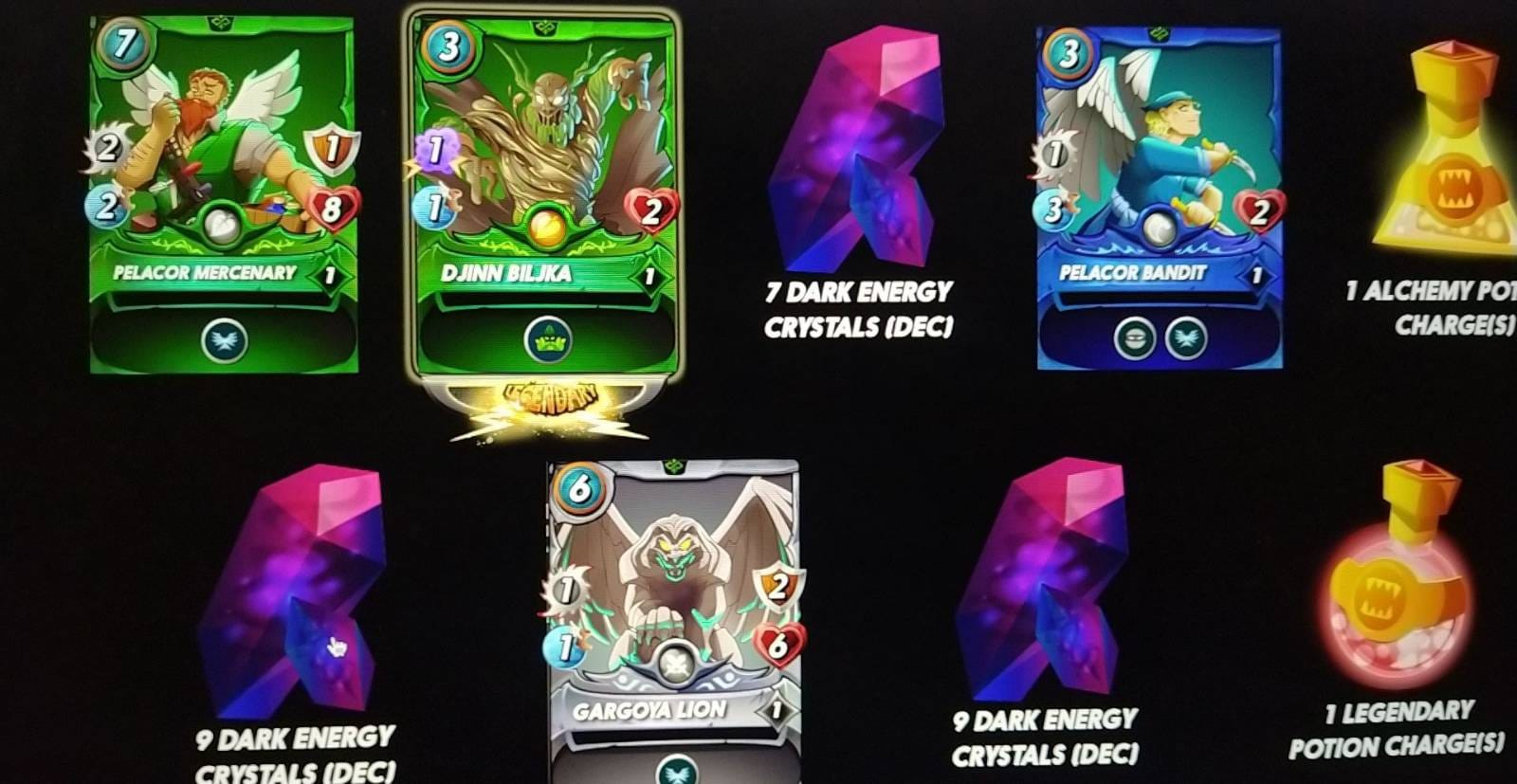 Djinn Biljka is such a great card! Love his design and his Camouflage ability!