Cheat Sheets Are The New Massive Earning Opportunity on Hive 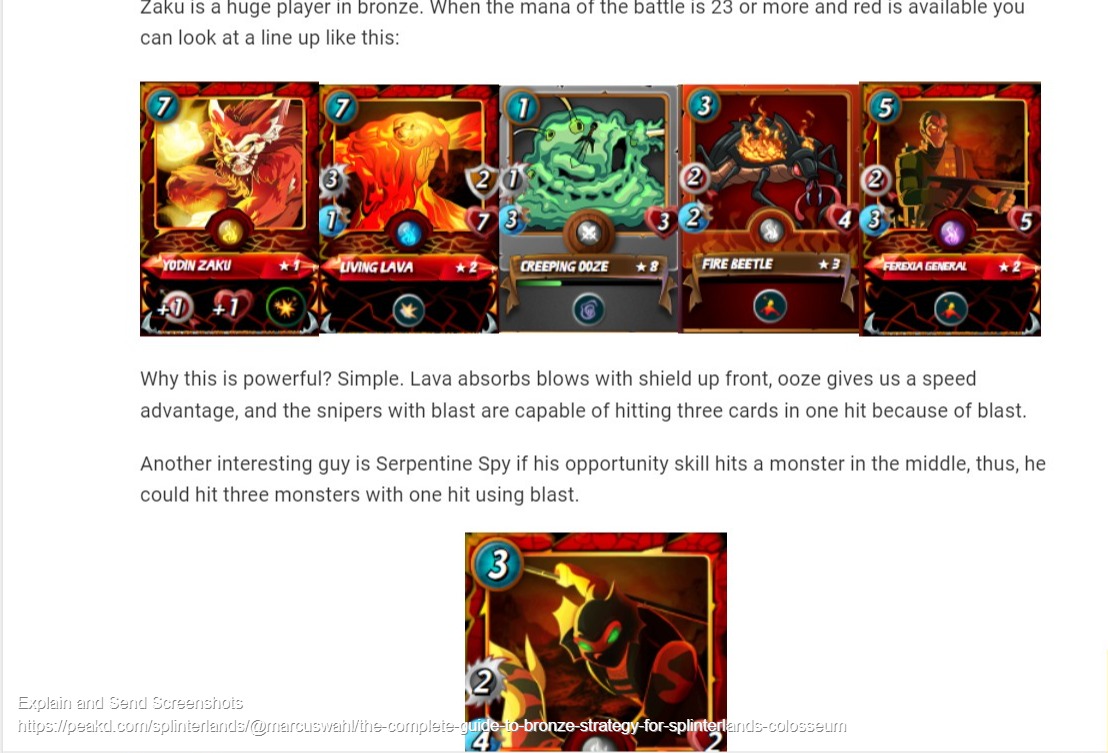 As the self-proclaimed World's Worst Splinterlands Player I need all those content creators that got me into this game to come out of the woodwork.

When splinterlands launched I was thoroughly confused and gave up. I couldn't figure out a thing. It always bothered me because anyone who knows me understands that I would have done my daily quests religiously and by the time SPS came around I would have had a nice deck made up of rewards cards. My lack of success in the game was due to no tutorials at the beginning and me never going back to search for them a few weeks after the launch.

But when I decided it was time to start gameplay no matter what (day of the first sps airdrop) I was noticing lots of lineup tutorials for every mana and every stage. While I probably won't ever get out of bronze as a player the tutorials were awesome.

I read every word again and again and again. They helped me determine which cards i would use for each Mana battle for every splinter. I was able to create a line up for 12, 24,26, & 99 that barely ever lost and the rest I was albe to hold my own.

But now that chaos has dropped I'm back to losing every battle and have lost interest in playing this season because I want to protect my measly 9 chests. If I play I will slapped back down to Novice in an hour or two lol.

So instead of all the posts about opening packs I would love to see people creating posts discussing each and every mana battle and how they would attack against each splinter.

These type of tutorials with Titles arranged like "Splinterlands Bronze 12 Mana Earth Lineup" will bring massive traffic to Hive, OneUp and Splintertalk because they will rank really high in google.

Once a creator does one or two of them people will follow them for more so it is a great way for authors to do personal branding.

Making Cheetsheets are a massive content opportunity for individual authors to earn and eyeballs to land our incredible blockchain. Oh yeah, and for me to learn to win a battle against chaos!!

If you think Monsters is complicated , head over to Gods Unchained. I digitally ran back to my little Splinterlands.

I play GU, too. Actually I played it before trying Splinterlands and I was baffled by the set it and forget it nature of the spl battles. At the same time, it is nice to choose which cards you actually play. In SPL the randomness is whether you have someone who rented godzilla cards and will destroy you, or who goes first or misses. I actually hate the missing and going first stuff. But in GU, the random draw of cards from a carefully created deck is even worse, right? You finally figure out a great plan and then just draw 6, 7, and 8 mana cards to start the game lol :)

Yeah I totally get you. Think there are pros and cons to both games

I have considered making a new account with just the starter cards and trying to win matches just using those. It sounds like a nice challenge and delegating enough cards just to get him move up to silver.

That is the best news I have heard in a while. I am a pretty bad player. Now you just gave me a tool to improve my gameplay. I will be searching for those posts, as I truly love Splinterlands :-)

Well, I agree with everything you said, with one exception. I am definitely a worse Splinterlands player than you! Those are fighting words! And I guarantee I will lose that fight! haha :)

But yeah, the learning curve is kind of killing me, especially for quests like Sneak where you could play just about anything, but the old standbys (Death for example) are not the same anymore.

yeah, it's really frustrating for me. I'm also wondering about the value of my older cards that don't seem to good in battle anymore. Are the prices going to go down for those?

I am a pessimist. Against my grouchy nature, I let myself get swept up in the hype around splinterlands and maybe went in too hard. I think a lot of the advice comes from people with huge decks or huge wallets and is just not accurate for shrimps like me. That being said, I have a couple of cards that are holding value from 1-2 months ago. Ones I bought in June or July are generally still worth more, but everything I bought in the last 1-3 weeks is dropping hard. Over 50% in a lot of cases. And DEC also has dropped a ton. And, it looks like the special CL pack sale going on right now is not moving that fast, so it feels a bit like we are just going to have to hold. But again, I am a pessimist :)

It was on my to do list but this would take a lot of time to create. I might still make some tutorials but there are some people doing it now at least.

I've been calling for something like this for a long time. I didn't see many of them back with Untamed and Beta. I am pretty horrible when it comes to the strategy. I think I lost all but one of my battles in our last brawl. It drives me crazy because every time I think I have the perfect team I get decimated.