This week a Rare card from the Water Splinter is highlighted in the Share Your Battle Challenge for Splinterlands. This is the Diemonshark.

The Diemonshark is one of the tanks that I see played a lot, especially in Modern League and it has quite aggressive dynamics with the enrage and the double strike abilities. Personally, I guess I'm more of a defensive-minded player liking mainly the Kraken which takes up all the damage and can be double-healed for a lot to keep it alive forever. I do however also see the power of the Diemonshark and kind of want to play it more often but I haven't fully gotten to it yet. I managed to level mine to Level 4 and need 14 more cards in order to get it to level 5 which gives just 1 health more. A single card right now costs 0.46$ and I would not be surprised if that price went down still so I'm waiting for now to get more of them. 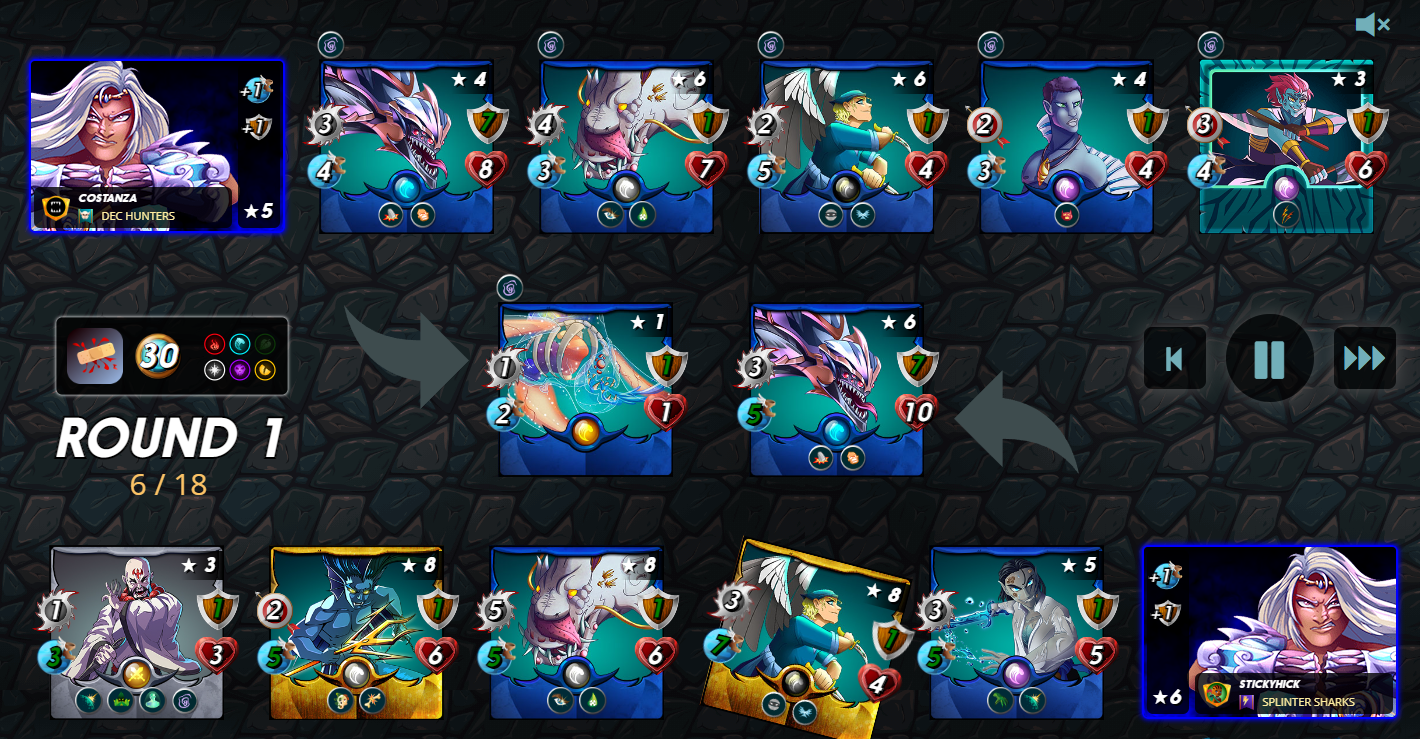 Both my opponent and me played the Diemonshark in this match with the main difference being that I have a lower Level Summoner and the cards at 2 levels lower which by default made it quite difficult to win. I played a blocking card in first position with the Torrent Fiend, The Diemonshark in 2nd position followed by the Deeplurker and the Pelacor Bandit which my opponent played in opposite position. In The Backline, I played the Igor Darkspear hoping to stun my opponent and the Axemaster for some real damage output. 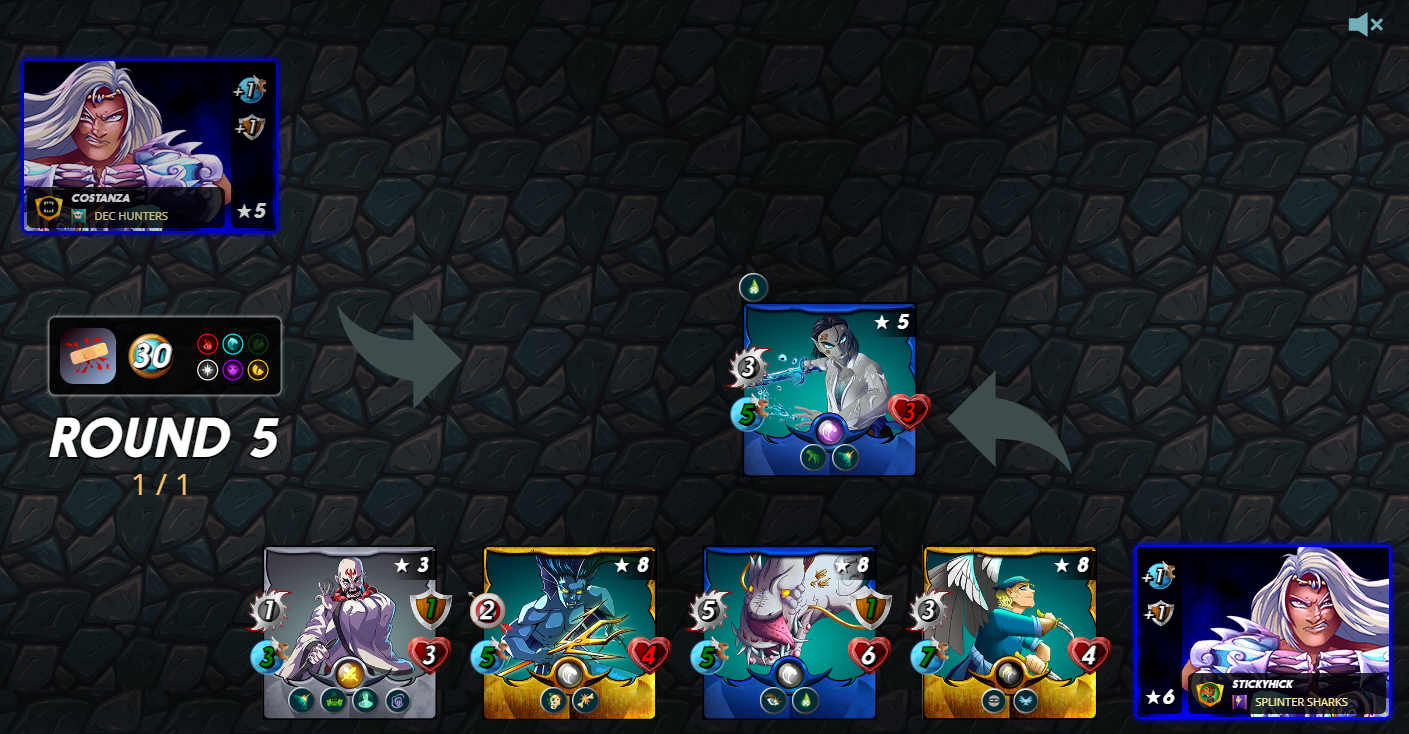 I guess we will never know how this match would have played out if both of us actually had the same level of cards won. The line-ups were very similar but still with enough differences which always makes for interesting matches Congratulations @costanza! You have completed the following achievement on the Hive blockchain and have been rewarded with new badge(s):