An epic Chaos Legion again this week in the Share Your Battle Challenge for Splinterlands to be highlighted. This is the Djinn Inferni...

This is one of those cards with conflicting use cases, the core 4 magic damage and ok speed are awesome for rulesets where monsters get no abilities but the 4 health leave this monster very vulnerable. This also while other summoners that either give +1 Magic Damage, -1 Magic Damage to the opponent, or Magic Reflect are much better suited for this game rule. The Gian Killer can be useful and also the Stun at level 5 but using Jacek as a summoner completely counters that since attacks are random.

All this for me leaves this as a card that in very rare situations will decide the match in your favor when most of the other splinters are restricted. That if the opponent doesn't own it. I personally have it at level 2 on my main account and a golden foil copy in my alt account but I rarely to never use it. I put it in one of my line-ups on my alt account just for the sake of this challenge but I'm not expecting to play this on a regular basis. 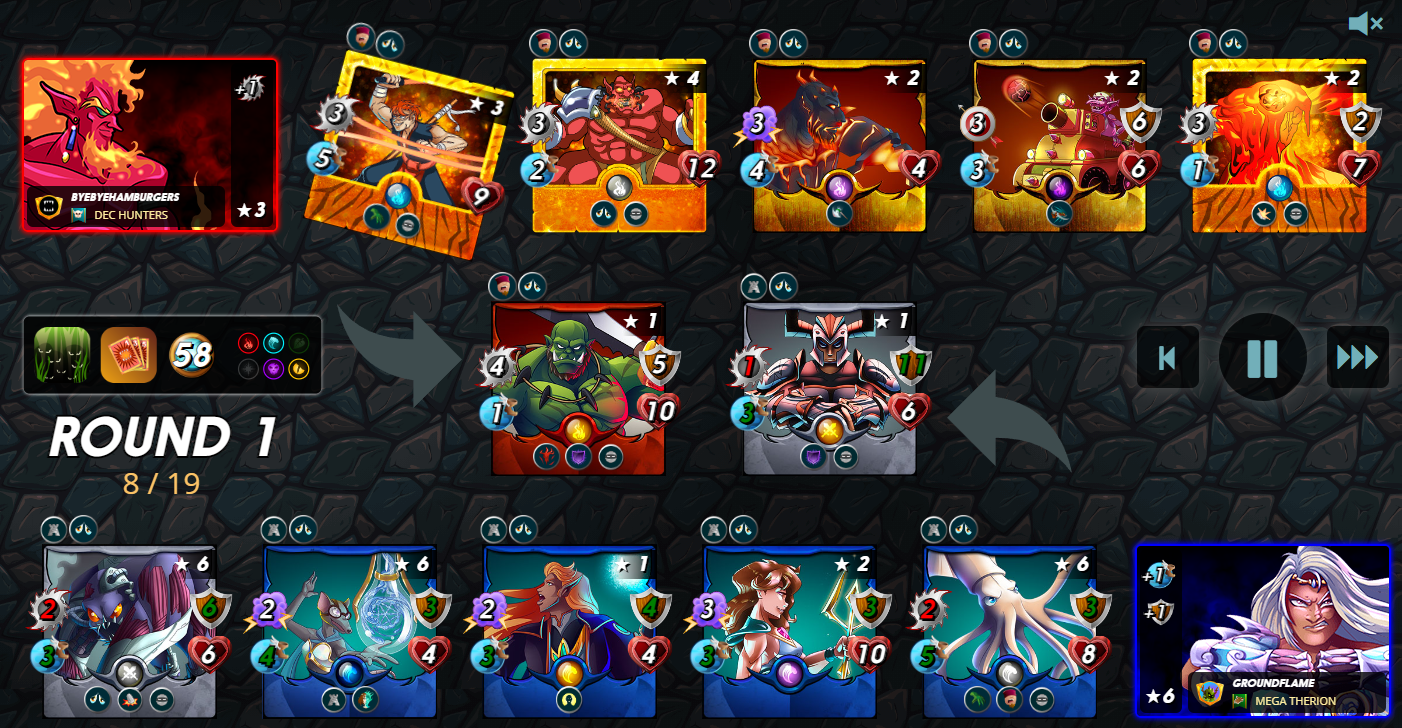 I could have made a better deck when choosing my Daria Dragonscale summoner instead Malric Inferno. I for sure lacked speed in this match and by playing the Djinn Inferni in 4th spot on the high mana battle I hoped my opponent would play a heavy tank which was not the case. The Grum Flameblade is a fun card with the bloodlust ability but the 1 speed really tends to cripple it. I like the Fineas Rage on paper is nice but I rarely ever get great results with it. In a mattle where Melee monsters can attack from any position, you need some kind of attack reduction for your opponent and I played my Molten Ogre for that. In the back I played the Lava Launcher and the Living Lava. 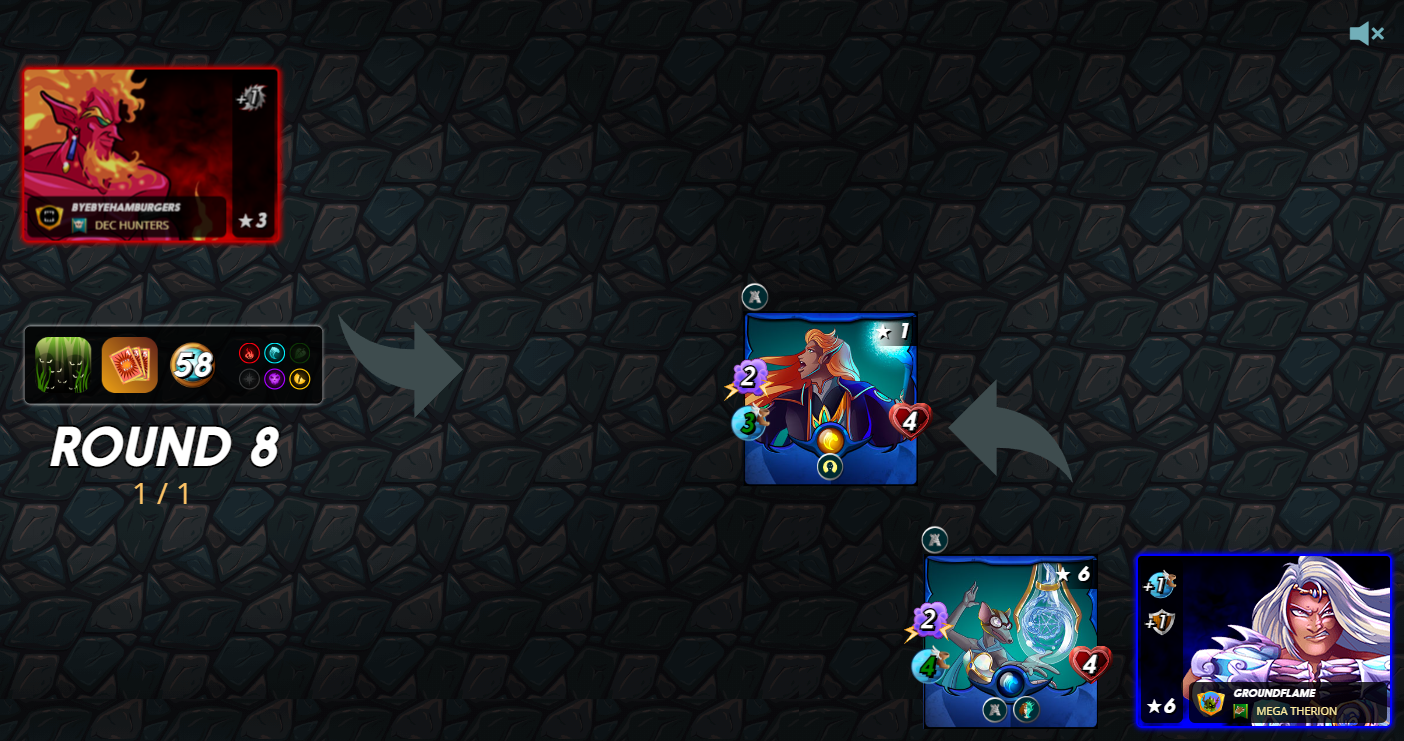 Overall far from an optimal deck as I too much neglected the speed aspect which is of vital importance and I ended up losing this match.

Some opportunity would helped in battle. As opposed to sneak.

Congratulations @costanza! You have completed the following achievement on the Hive blockchain And have been rewarded with New badge(s)