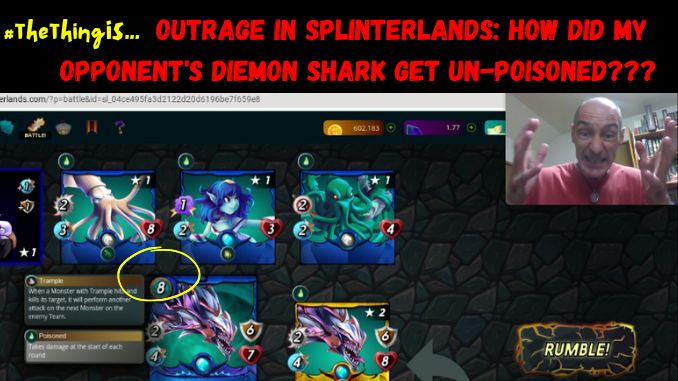 Have you ever been completely baffled by something that happens for no apparent reason during a Splinterlands battle? Something that tips the game in your opponent's favour and leaves you scratching your head, or yelling with impotent outrage at your computer screen??

One reoccurring glitch (?) that left me fuming is the way in which my opponent's Diemon Shark seems to unpoison itself during games when all the cards start poisoned.

Is there a legitimate reason why my opponent's Diemon Shark suddenly becomes immune to the effects of Poison during a battle? I can't find anything in the set up to create that effect so I assume it is a glitch... and one that always goes against me!

Oh infamy! Infamy! Has Splinterlands got it in for me?

Here is how we arrayed ourselves for battle 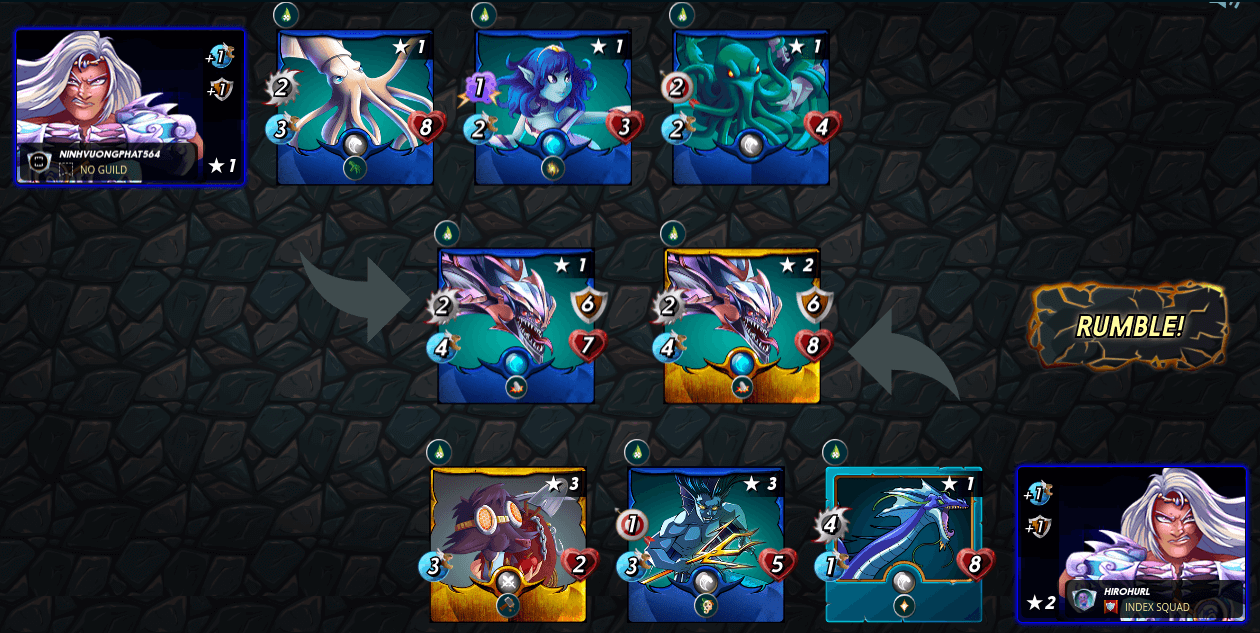 Although we have both chosen Kelya Frendul, mine is a higher rank, which gives my gold Diemon Shark one extra health compared to that of my opponent.

I selected Sea Monster for its self-healing capacity, and Merdhampir for its life-leech.

Although Scavo Hireling won't last more than a single round once Poison kicks in, I chose it to earn extra points in the "focus" challenge, and also in the hope that it would at least have one opportunity to repaire Diemon Shark's shield.

Looking at the arrays, I thought I had a reasonable chance of winning this one, mainly by being better set up to survive the poisonings...

Here is my video commentary on the game:

And here is where you can view the whole game.

What am I missing?

And, has anybody else experienced this or other wierd glitches while playing Splinterlands?

I'd love to know!

Hehehe unlucky there. We better call the developers.and flag this game. We need to stop all games until it's resolved 😅👍

Well, that was a good example of the "hurl" part of my nickname kicking into action! I hurled myself against the apparent injustice of it all - until a couple of people calmly pointed out that River Nymph cleanses negative effects from the monster at the front...!

So Splinterlands lives to fight another day!

Read River Nymph. It's not a bug.