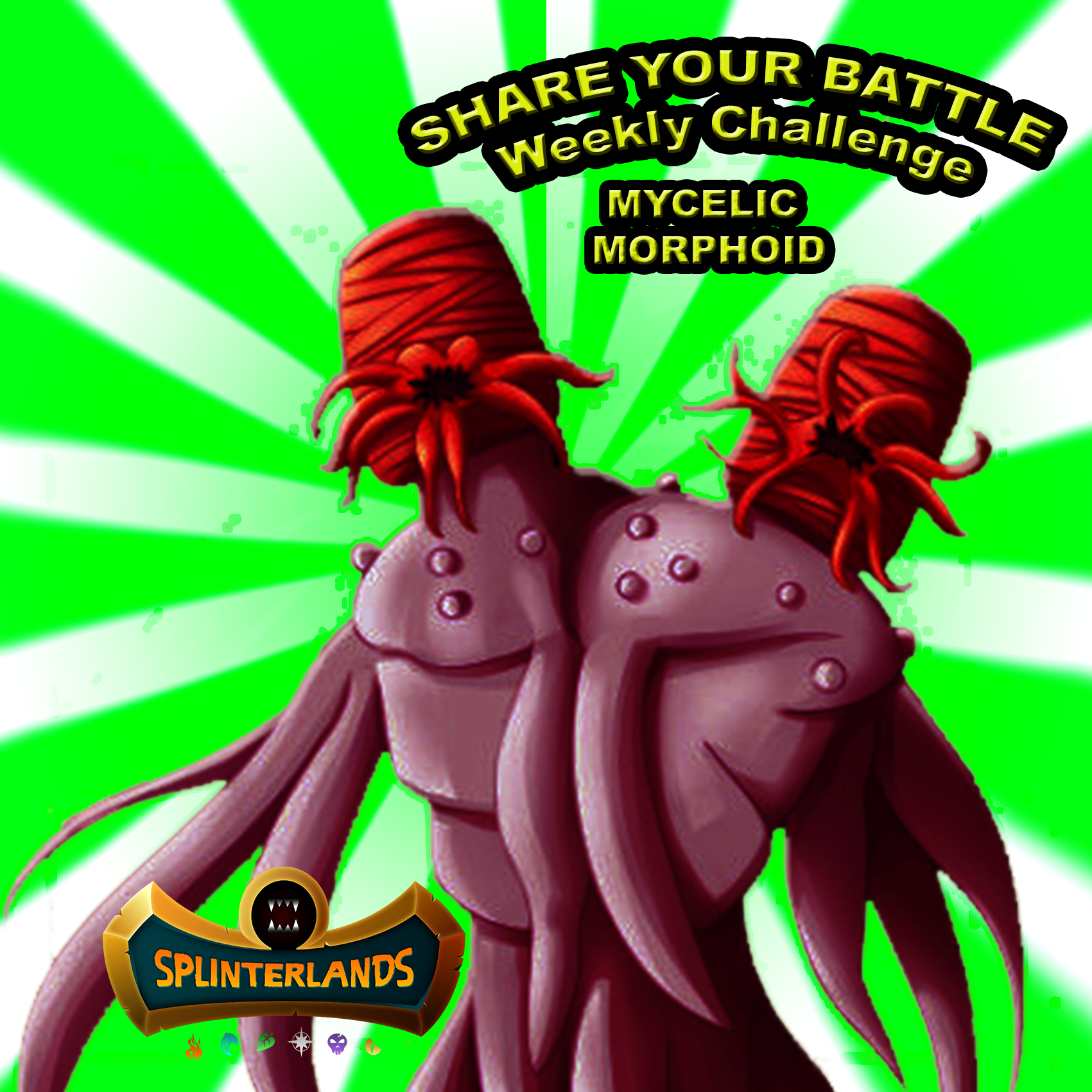 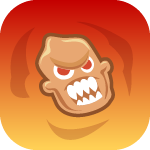 All Monsters have the Enrage ability. 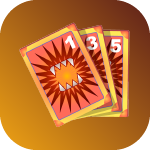 Only Monsters with odd Mana costs may be used in battles. 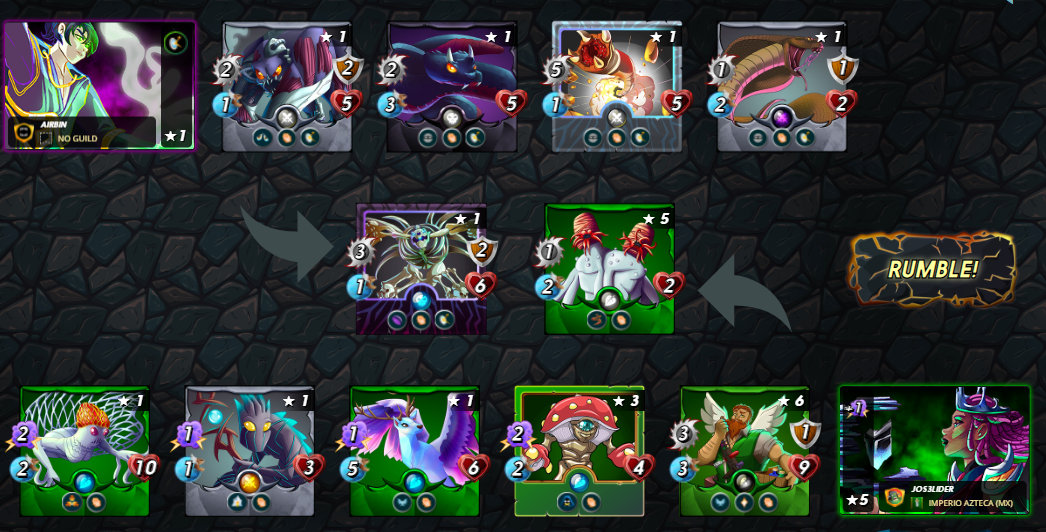 Line up and Strategy 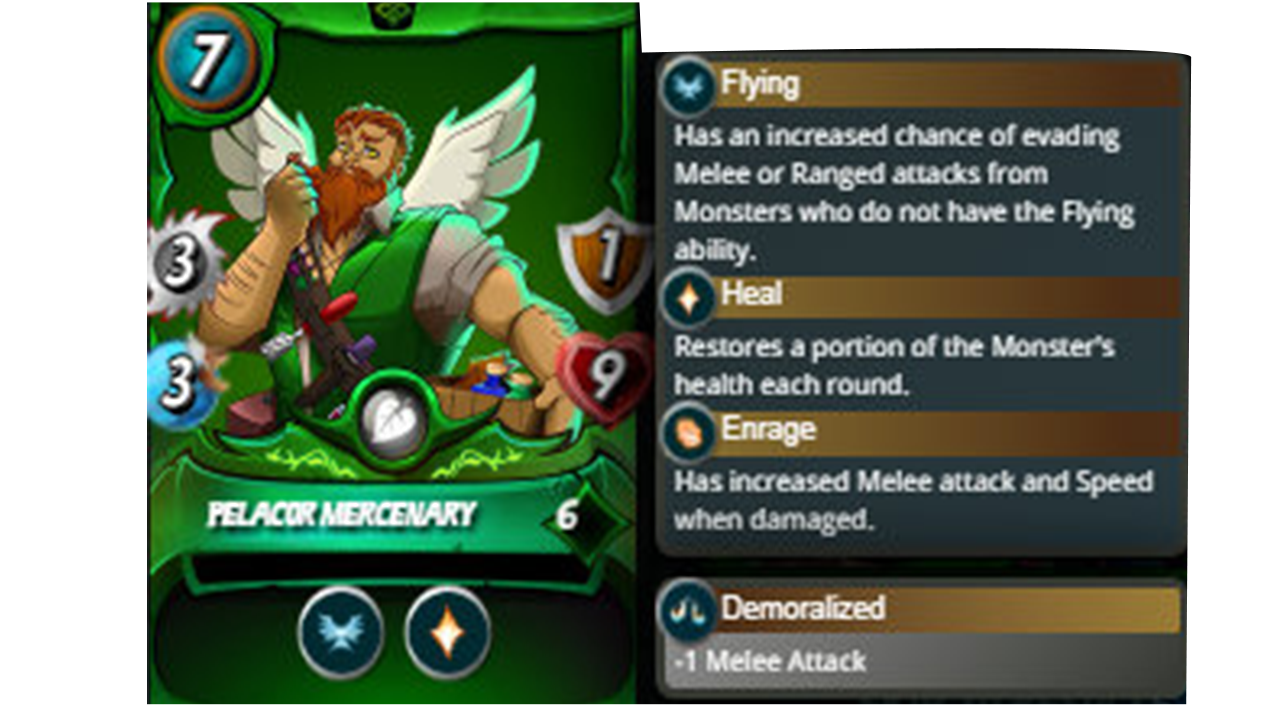 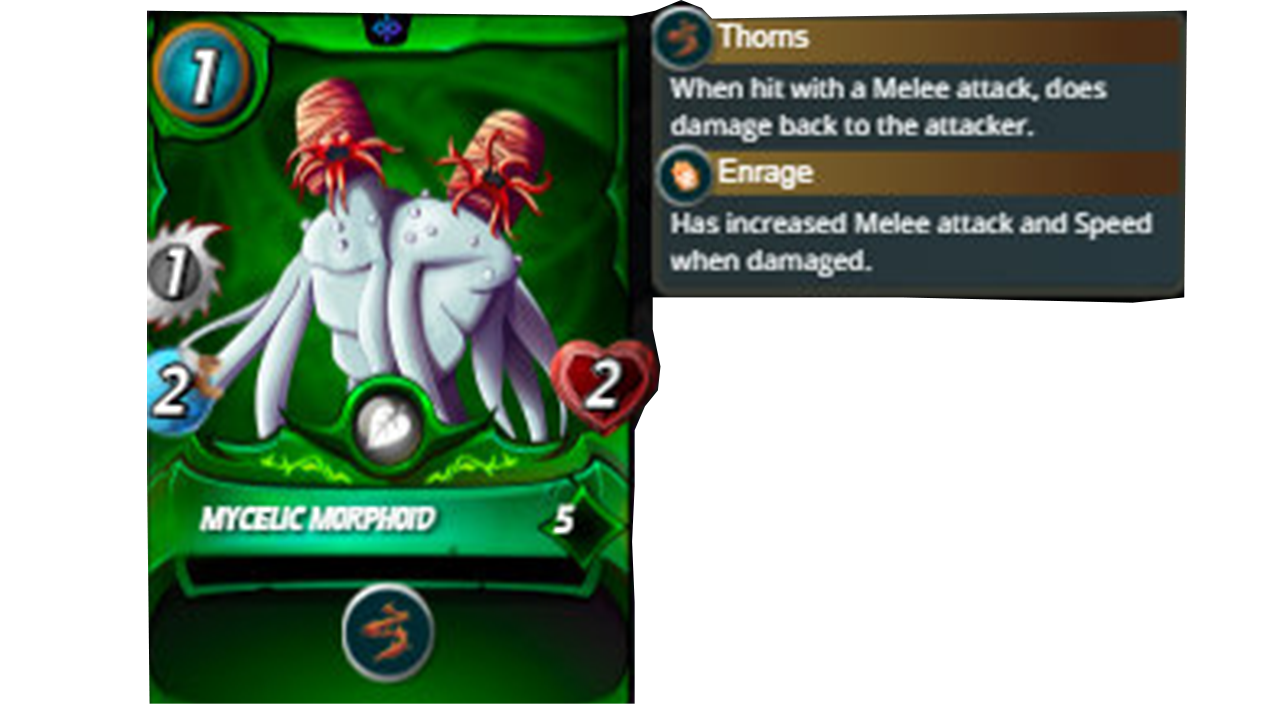 I wanted to take advantage of the ability that OBSIDIAN grants to all magic attacks I never thought that my opponent would line up an OWSTER ROTWELL summoner with magic reflect ability to all friendly monsters sacrifice MYCELIC MORPHOID taking advantage of the thorns he has at Lvl 3 it would cause some damage to the tank opponent, PELACOR MERCENARY melee attack and heal plus he can dodge attacks by having flying ability. 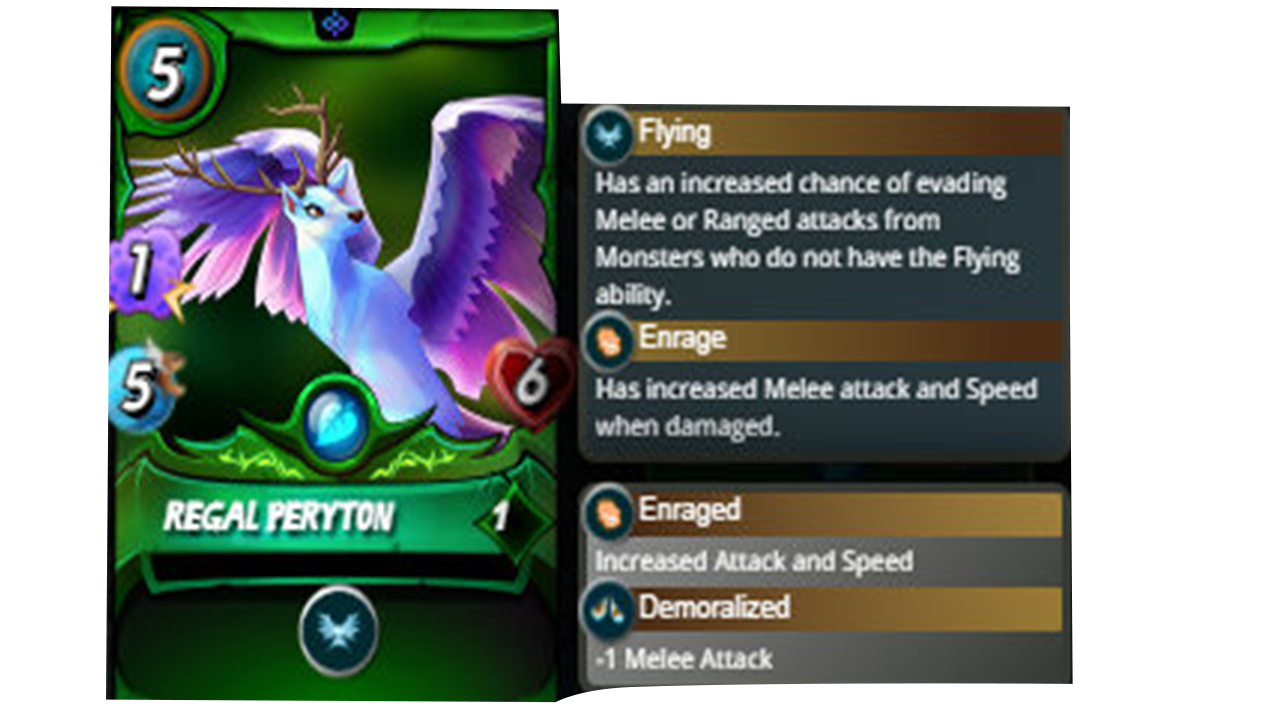 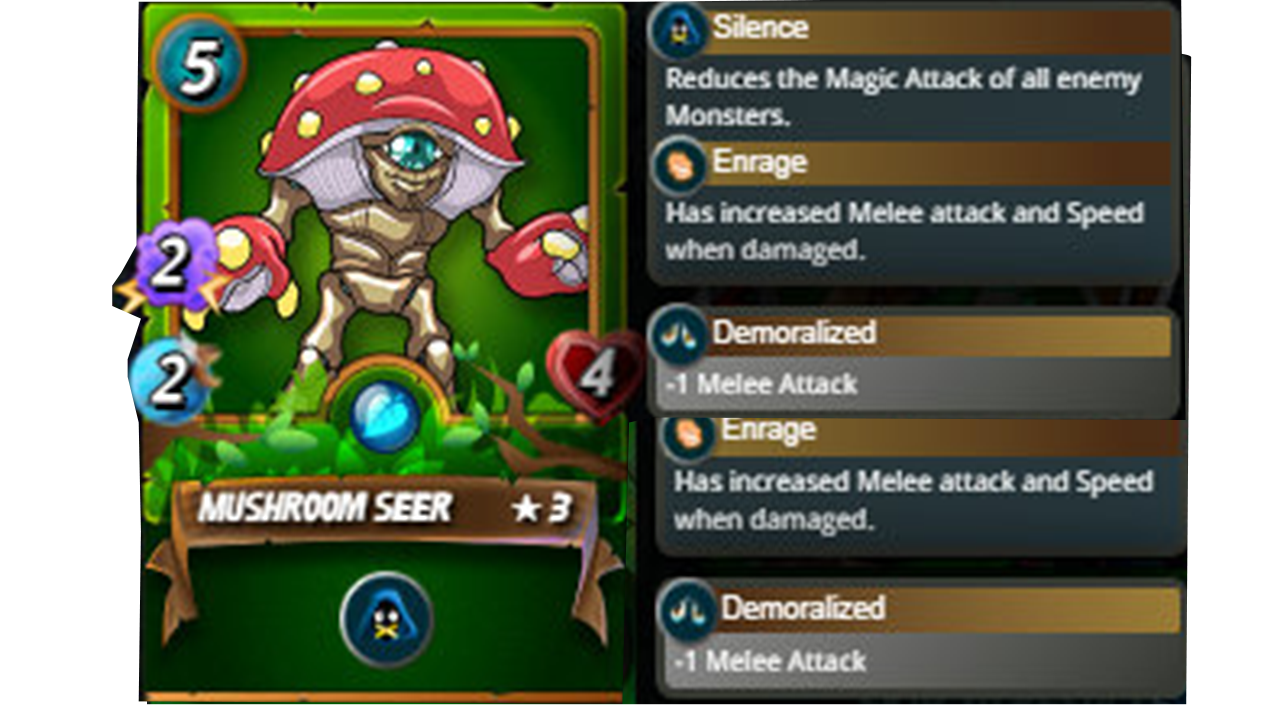 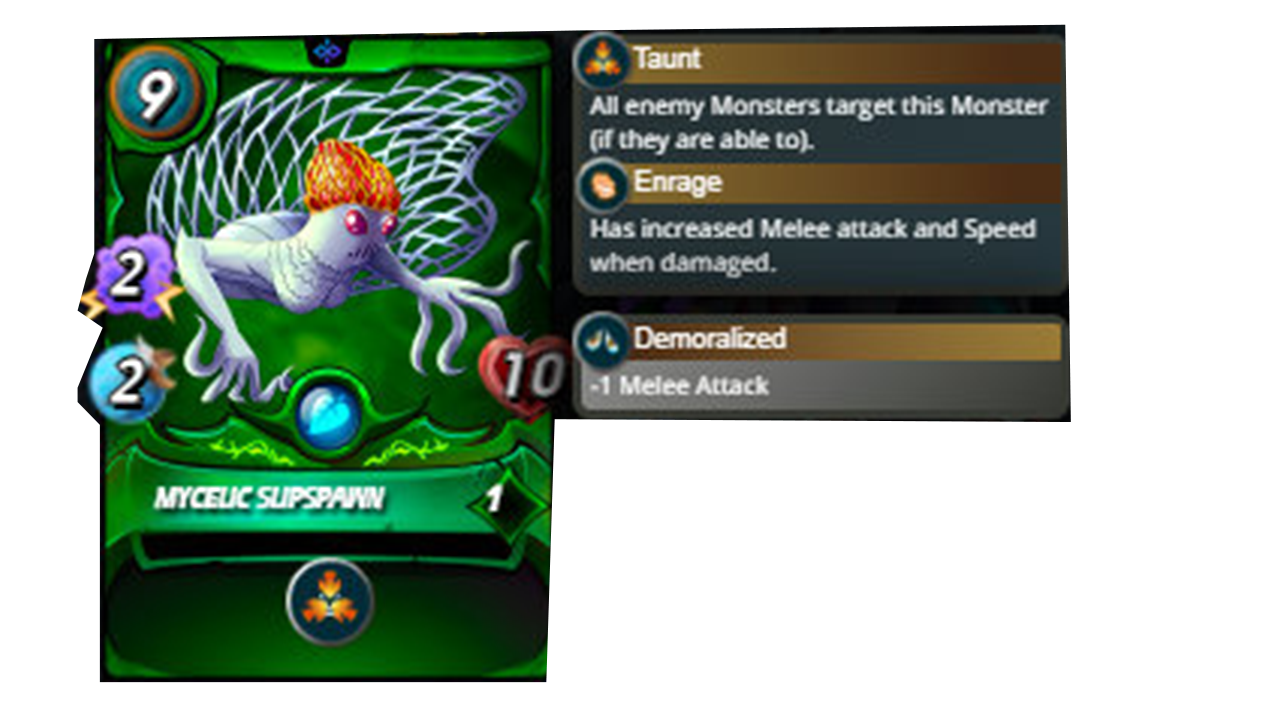 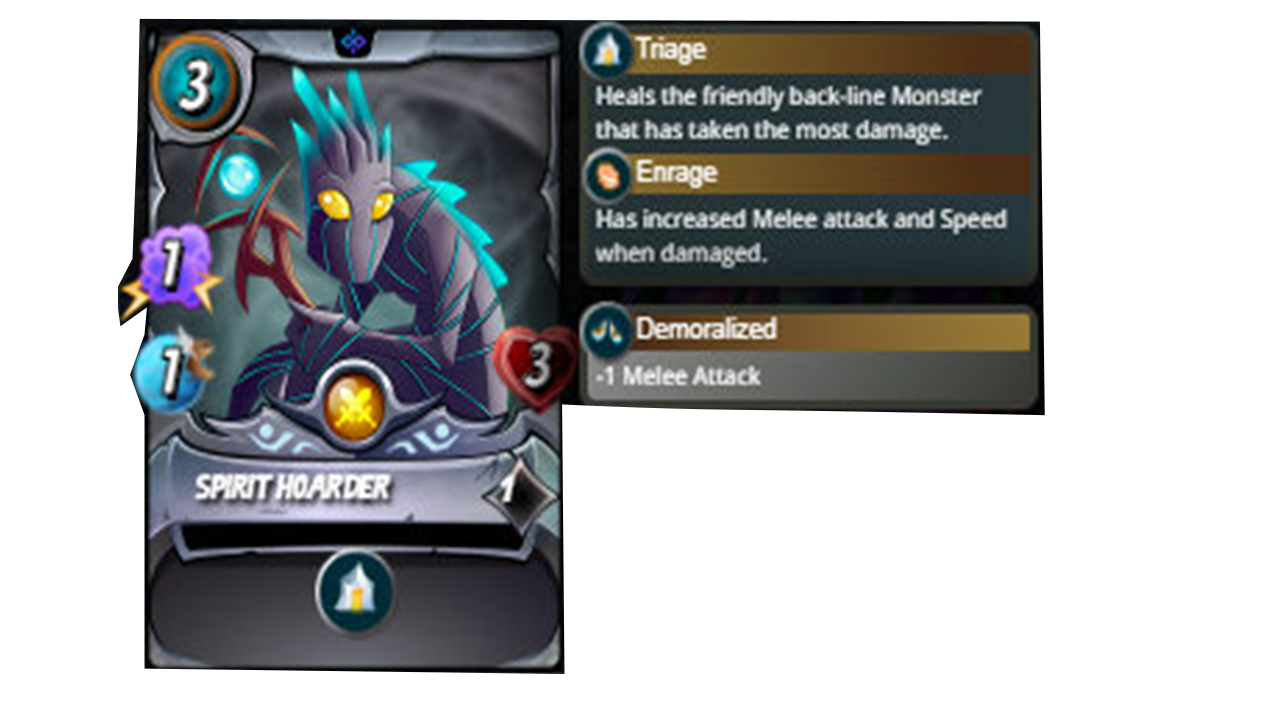 SPIRIT HOARDER a little slow but with a magic attack +2 with triage ability, heals the monster the back line in this case MYCELIC SLIPSPAWN with taunt ability. 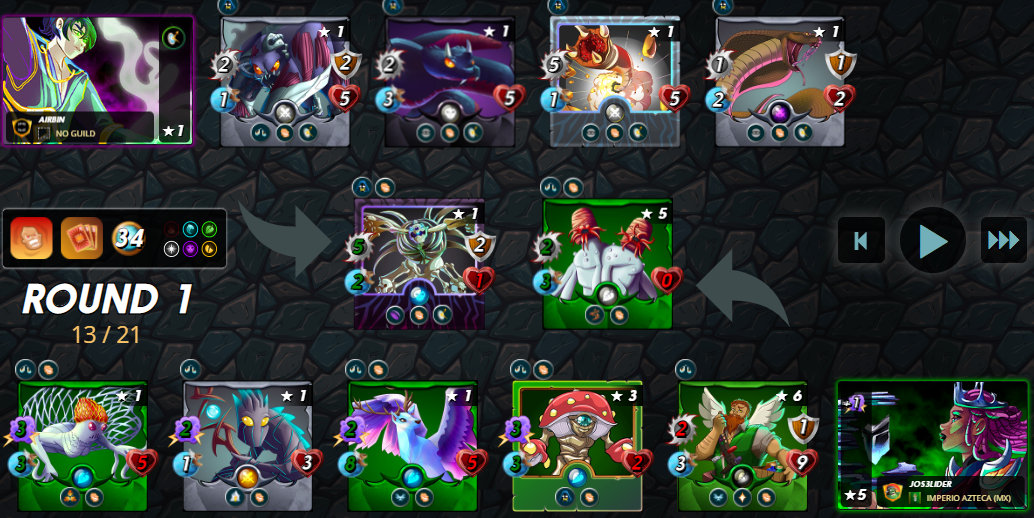 Round 2 my splinters continue a strong attack with magic but they are victims of the magic reflect ability MUSHROOM SEER is the first to be eliminated but my strength is PELACOR MERCENARY who due to battle conditions has enrage ability and a melee attack of +5 and has a heal ability, MUSHROOM SEER manages to activate the triage ability in consecutive rounds allowing MYCELIC SLIPSPAWN to continue in battle in this same round, it eliminated DISINTEGRATOR very easily.

I continue attacking with magic and receiving the reflect, PELACOR MERCENARY is very strong, culminating in round 2, he received a powerful +8 melee attack from SAND WORM, even so, he manages to recover and return the attack, only leaving URAEUS, who is eliminated a magic attack.

I was surprised to see the summoner but OWSTER ROTWELL, my lineup was very balanced adding heal and performing magic attacks throughout the battle, the low Lvl of the monsters in my opponent prevented him from beating me the summoner OWSTER ROTWELL with magic reflect could complicate the battle. 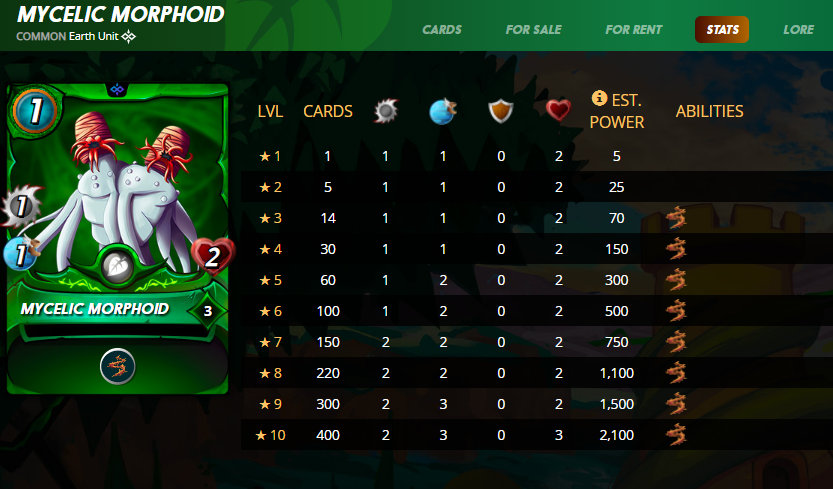 MYCELIC MORPHOID is a common very playable monster from earth edition chaos legion with a value of one mana at Lvl 3 adds thorns ability likewise at Lvl 5 doubles its speed, it is excellent for litle mana or low mana rules it is a monster strategic in my battle I used it to weaken the rival tank and protect my tank knowing that it was a bit slow.

You can see some of my posts