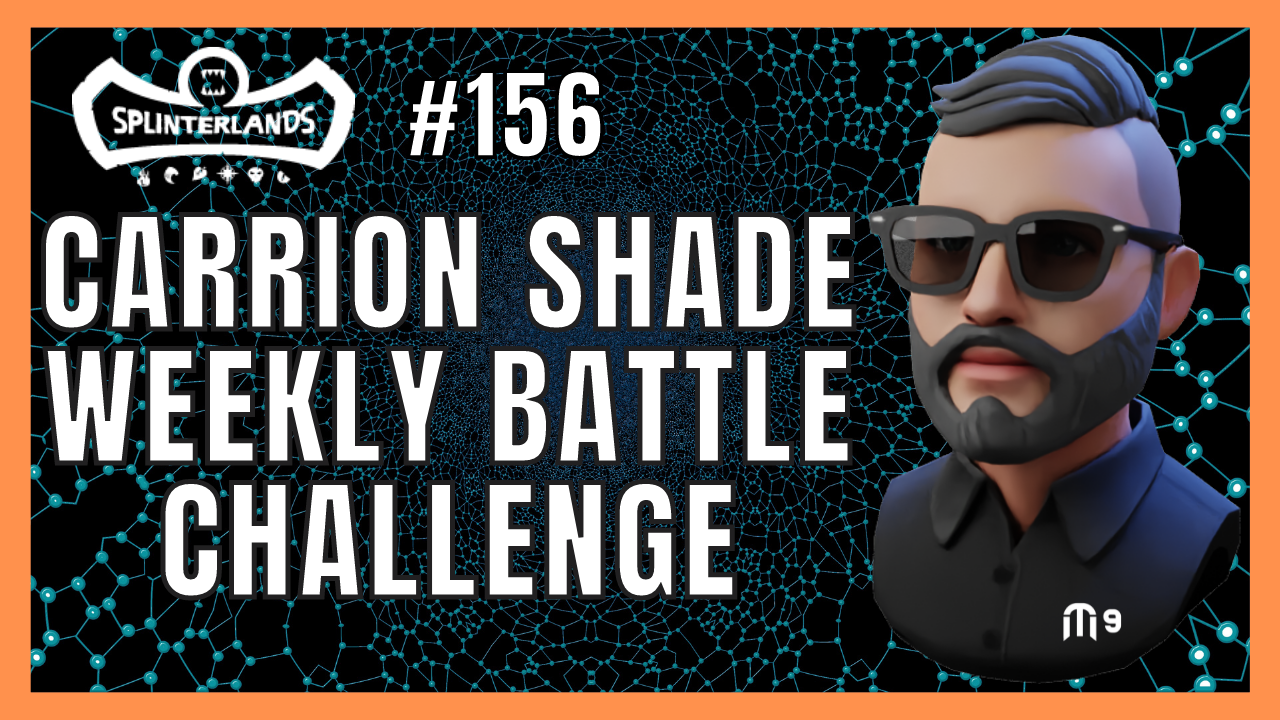 This week’s battle challenge focuses on the Carrion Shade. 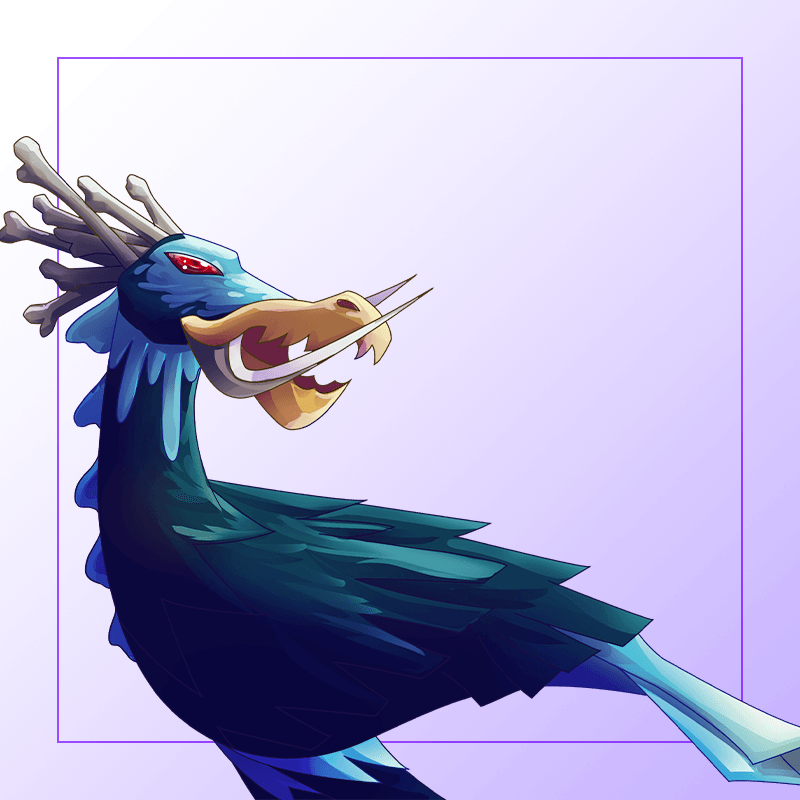 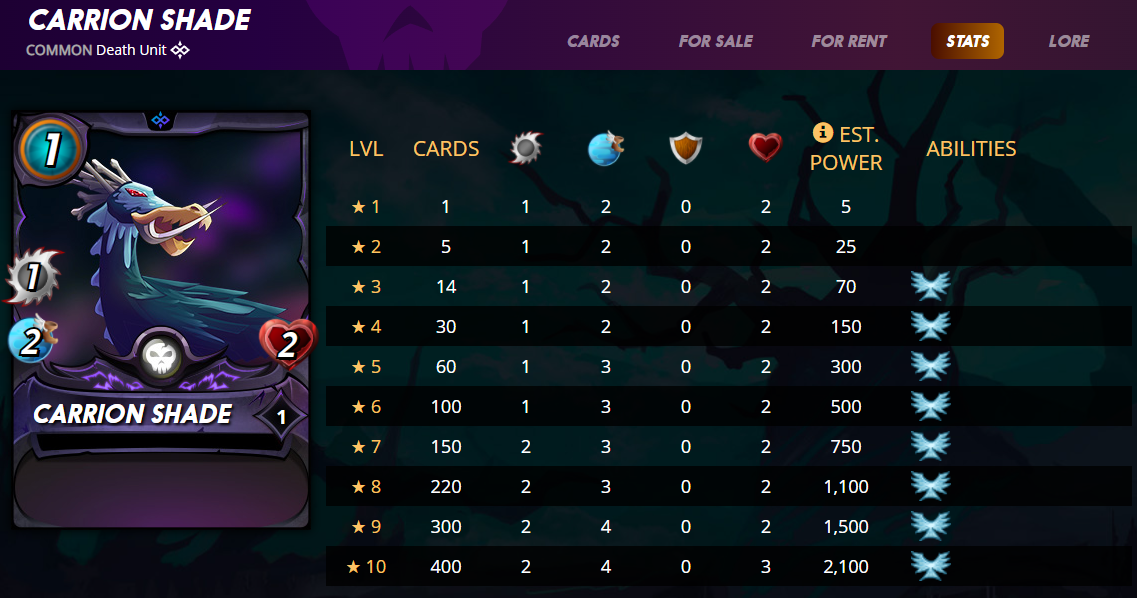 A Chaos Legion common level monster from the Death Splinter at level 1:

The weekly battles continue to focus on the new Chaos Legion cards, and this week it focuses on a one mana cap card, the Carrion Shade. There's not much to talk about the Carrion Shade other than its a card that can be used as that filler monster that can be used as a sacrificial lamb in battles. I haven't levelled it up as I require many more cards before I can look to the max level I can play it at (level 6), and it acquires the Flying ability. At least with the Flying ability, it may serve some use in Earthquake ruleset and low mana-cap battles. 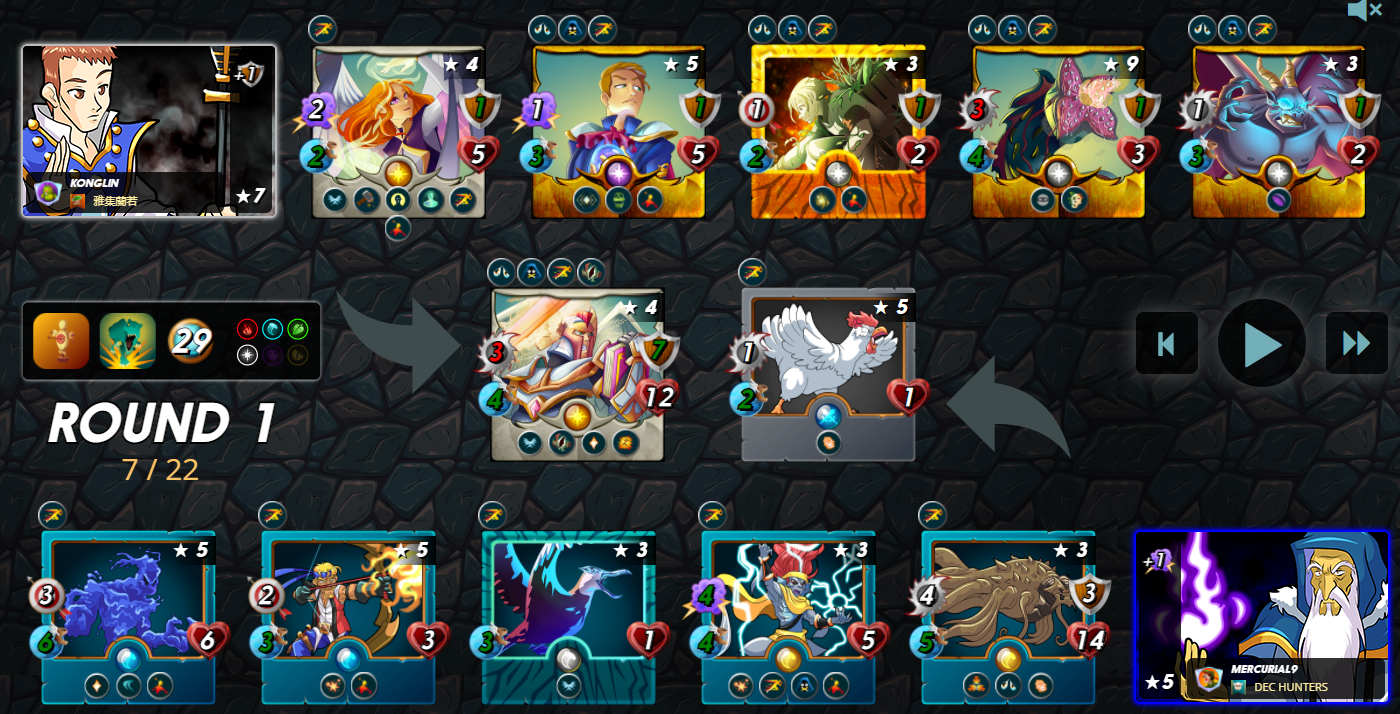 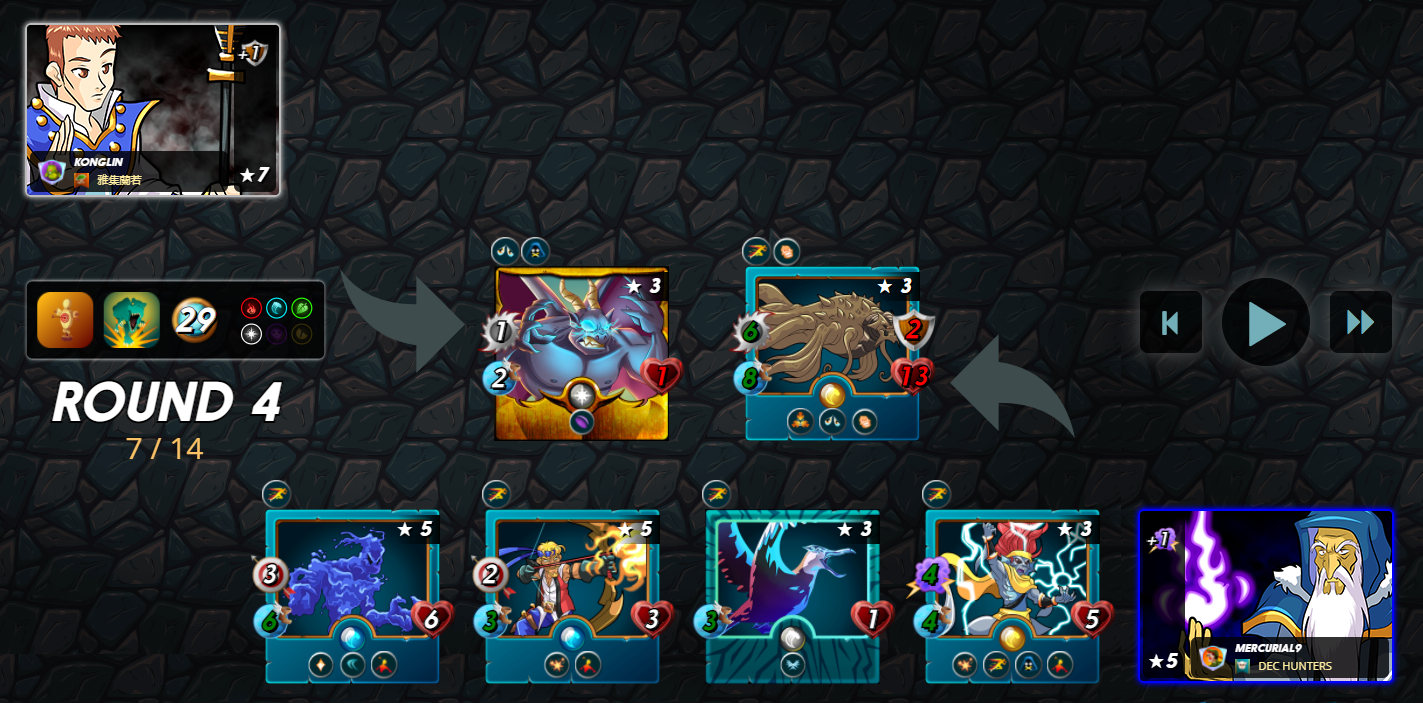 As I don't have Carrion Shade at a high enough level, I looked for the next similar monster to Carrion Shade. I landed using Albatross, another mana cap monster with the Flying ability. If you told me before the battle that my team would destroy my opponent, I would've laughed it off and said good joke. I am still shocked about going up against a maxed level Uriel the Purifier and coming away with a win. My strategy was to have the two sacrificial lambs in Furious Chicken, and Albatross absorb essentially free hits from the enemy and then allow the Kraken to assume position one and serve as the primary tank to shield the backline. Then I would have Ruler of the Seas + Pirate Archer + Water Elemental dealing a combined nine magic and range damage, which was enough to clinch the win. The Albatross managed to survive the majority of the battle, assuming this was by pure chance rather than any strategy.

Do you like the Carrion Shade / Albatross? Why or why not?