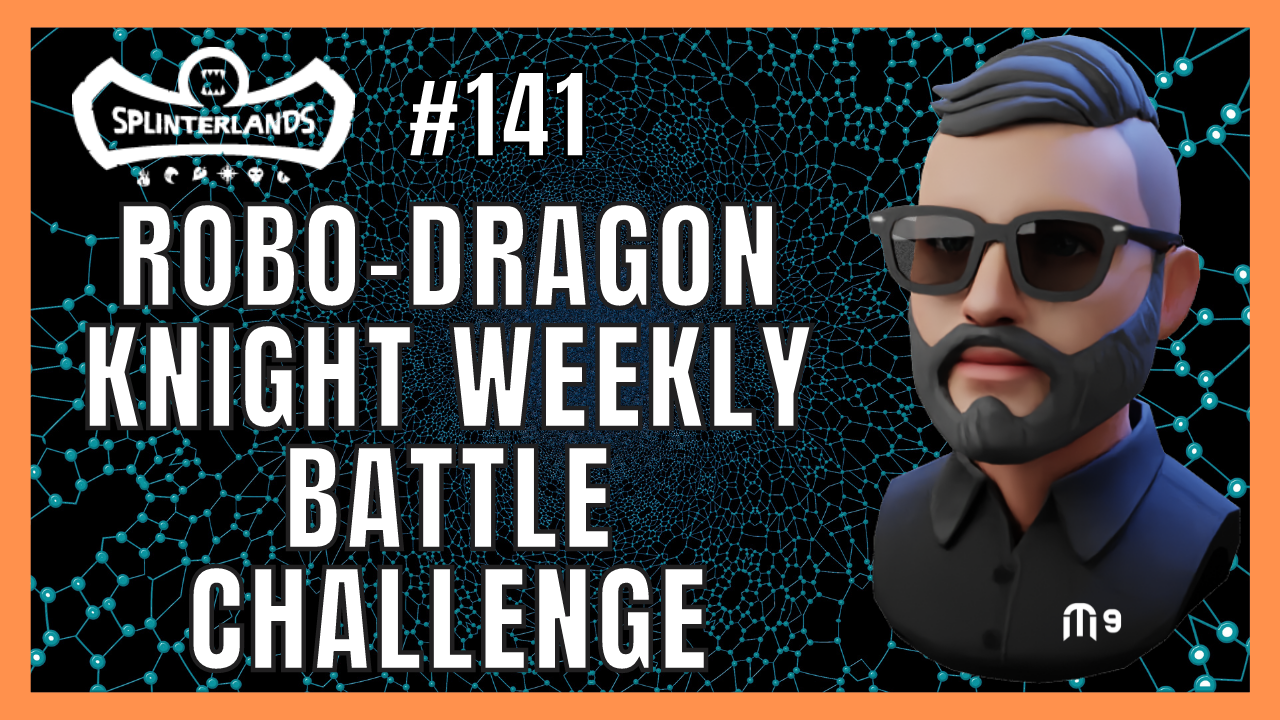 This week's battle challenge focuses on any monster from the Dragon Splinter and I choose the Robo-Dragon Knight: 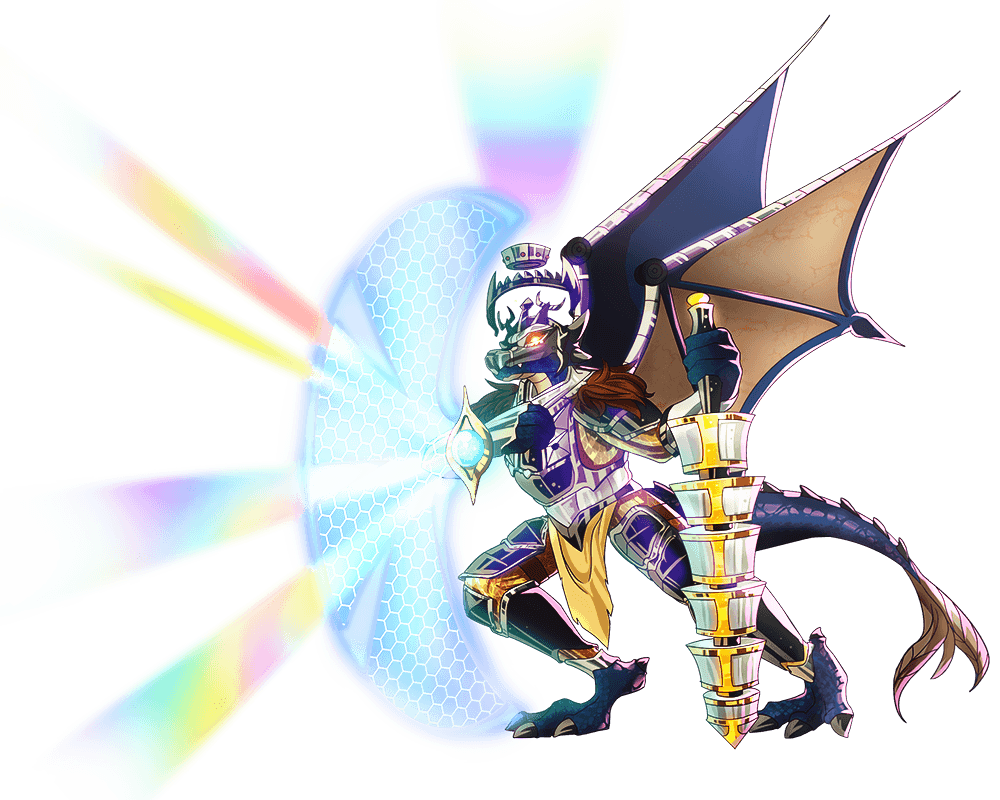 A reward edition legendary rarity monster from the Dragon Splinter at level 2:

The Robo-Dragon Knight must have one of the most unique and extravagant artworks. It's like a cross between 80s anime and medieval theme. Nonetheless, I had forgotten that the Robo-Dragon Knight was a reward card given to players for free for completing their daily quests. I remember it was released around the Untamed Edition was in print which brought about higher mana-cap monsters. When you review the stats, it's very harmonious with the artwork. The Robo-Dragon Knight is a tanky boi; high armor, high health, abilities to negate damage and packs a serious punch. These stats make it a versatile monster as it can lead the frontline, but at higher levels, you will be able to play it in the backline to protect monsters with Return Fire and Magic Reflect abilities.

I was up against a tricky opponent who had some serious firepower in the backline, and it was by some luck that I opted to lead with tanky melee monsters to protect the backline. What worked in my favour is that my opposition only deployed one melee monster, whereas I deployed four melee monsters. I think I got lucky here, and another battle may not have worked in my favour. The Robo-Dragon Knight was a beast - swooping in when it was its turn to go into position 1, landing devastating blows on Centauri Mage while absorbing all the damage being thrown at it - the beauty of having high health and armor! While this was on the go, I had my Centauri Mage and Mitica Headhunter plucking away at the enemy, which ultimately secured the victory for my team.

Do you like the Robo-Dragon Knight? Why or why not?

I tend to hoard all reward edition cards as these cards are received for free by completing daily quests, and who hates receiving free things? With the Robo-Dragon Knight, I regret not picking up more of them while printed and in the loot chest reward pool. I only have a level 2 Robo-Dragon Knight on my alt account and would love a level 3 for my main account. It would cost $313 to purchase enough cards from the market to level it up to level 3. And that's the thing, is it worth buying a level 3 Robo-Dragon Knight, or would you instead buy 78 Chaos Legion packs? It depends. You are getting a great, high-powered melee tank, but it will only be used in high mana-cap battles. If these aren't issues for you, I don't think you can go wrong with adding Robo-Dragon Knight to your collection.