Splinterlands is the number one most played game in crypto. They have the most unique active users and the most transactions.

This comes as a surprise to a lot of people outside of hive but it shouldn't be if you look a little deeper. They have been dreaming big since day one and have delivered on the majority of those ideas.

The have been developing the game over the past number of years and since the early alpha days of organizing tournaments on a separate site to building out their own platform. Crowdfunding, marketplace, tournaments, guilds, waka flaka, BSC, SPS, DEC, splintertalk, nft artwork, warner music.

This team has been changing the game for development and marketing in the blockchain space.

No body else has done it and delivered on it in the same way?

Tis why the latest growth has not really been a surprise to the people playing the game and following the updates along the way. 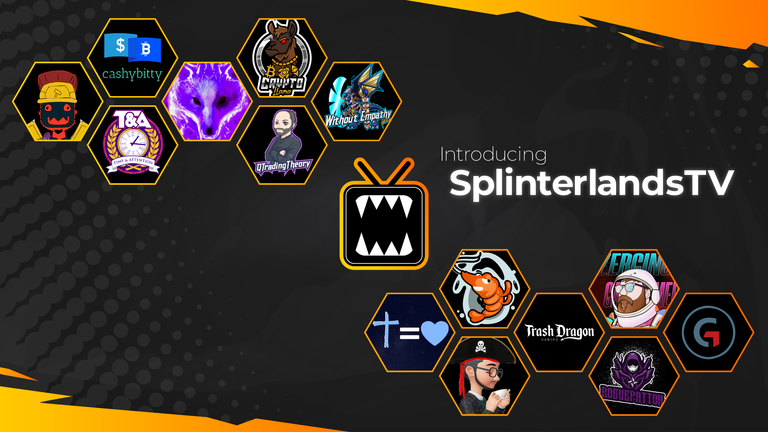 The main highlights are:

Again you have to love the vision of the team behind splinterlands.

This is a genius move for me if it is done right and i think that it will be.

Twitch is the main streaming site for gaming content and if the team can push the channel to the front of the site then it will open up the game to the right demographic in the right way.

A fun game to compete and win at.

Not a play to earn but a play because you want to play it.

Those are the people that will more likely stay the course over a long period of time.

I'm excited for this one and the possibility of onboarding thousands of new games to the eco-system.

Setting the benchmark with single digit viewers trying to get free stuff while viewing a game with no tension or watchability.

You realize it's just a 24/7 twitch channel right?

I do realize that and this is step one for growing the viability in one of the biggest gaming arenas out there.

Start with single digit and build it up to thousands of viewers. Reach new audiences. Attract new players.

This is thinking ahead and no other blockchain fame that I know of is doing what they are doing.

It might seem small but really isn't and I wish other projects on hive would start doing the same to grow and attract more users.

Well they already tried that a few years ago and it can't really garner much attention because it's not interesting to watch for anyone who isn't already playing hot potato with the greater fool theory assets. The best you might get is people who come in to faucet off free accounts if they get twitch drops enabled. They also tried on Theta and failed. Third times a farm I guess.

https://www.twitch.tv/godsunchained yeah no blockchain game ever did anything on twitch. Lightyears ahead of the curve.

This is amazing. They are now streaming in twitch. I think this shall make splinterlands even more publicity. It might even be as popular as mainstream video games !

Bug moves. Can’t wait to see the snowball effect this will have

I think this effort shows the naiviete and lack of understanding of how the Twitch ecosystem works. First of all, this makes the content centralized around one channel. This is antithetical to what blockchains and web 3 are supposed to be. Second is that Twitch is all based on raids. Streamers connect with each other through cascading into each other and this channel is a nonbo with that natural flow. Whoever's idea this was just doesn't understand how Twitch works at all.

That's pretty cool! I'll tune in and maybe learn a thing or two about strategies. Hopefully I can boost my win rate

So I guess Twitch are OK with crypto content? I don't know much about the platform TBH!

While I think having a TV on Twitch is good, I don't see a reason why they shouldn't be multi-streaming to multiple platforms. Twitch itself isn't really good at promoting people up and from some of the people I have seen, it requires outside content to get more recognition.

That is indeed great marketing. And by bringing multiple streamers together on an official channel that helps both streamers and the game, which gains popularity. It will be easier for SplinterlandsTV to rise up in Twitch rankings, than any of the individual streamers. Great idea! @niallon11, sorry to see you have less Hive Power.
Your level lowered and you are now a Dolphin!