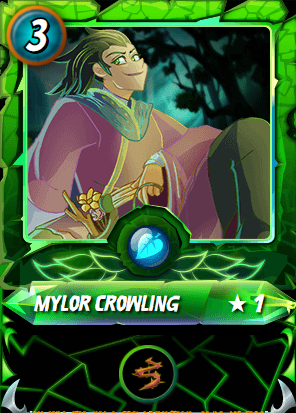 Hi all fellow Splinterlands warriors! I hope everyone is doing okay!

In the new season, climbing the rating ladder again, crawling and scratching my way up from 300 to currently around 1400 rating, I'm competing in Bronze 1. And I see a LOT of players spamming Mylor, if you have him, you'll love him, if not, you'll probably hate him as much as I do XD.
Since I don't want to spend $54 to own this card, IMO that money can be spend WAY better, I'll just try to beat him when I meet him, and of course I don't win EVERY fight, but at least I win some of them, especially the higher mana battles.

Since Mylor gives the Thorns ability to all enemy cards, all your melee attackers wil receive 2 extra damage when they strike, so in general, you would want a non-melee card in your first position, or a melee card with a lot of armor and with the Shield ability.

To end Mylor's reign, I wanted to share some battles with you in which I won again him, so you get a better idea how to beat him.

The first battle is a 30 mana stampede ruleset, in bronze that pretty much equates to having a general ruleset, because no monsters have the Trample ability. My opponent played a lot of Mylor in his previous battles, so I expected him to play him again, of course, when you don't know he's coming, your win chances are a lot lower.
Most Mylor setups have the Unicorn mustang in first position, with the Wood Nymph somewhere behind him to heal. I decided to go with the black team, with Harklaw as my main tank, followed by all ranged damaged dealers, one with the affliction ability to counter his heal, of course it has only a 50% chance to proc, so I put some snipers in it too to hunt his healer.
Affliction didn't proc at all in this fight, but my snipers did the job eventually to kill the Wood Nymph, and even with his great card Mitica Headhunter, he failed to win.
https://splinterlands.com?p=battle&id=sl_33136fd4add7070edeb1abe69363f64e&ref=nozem 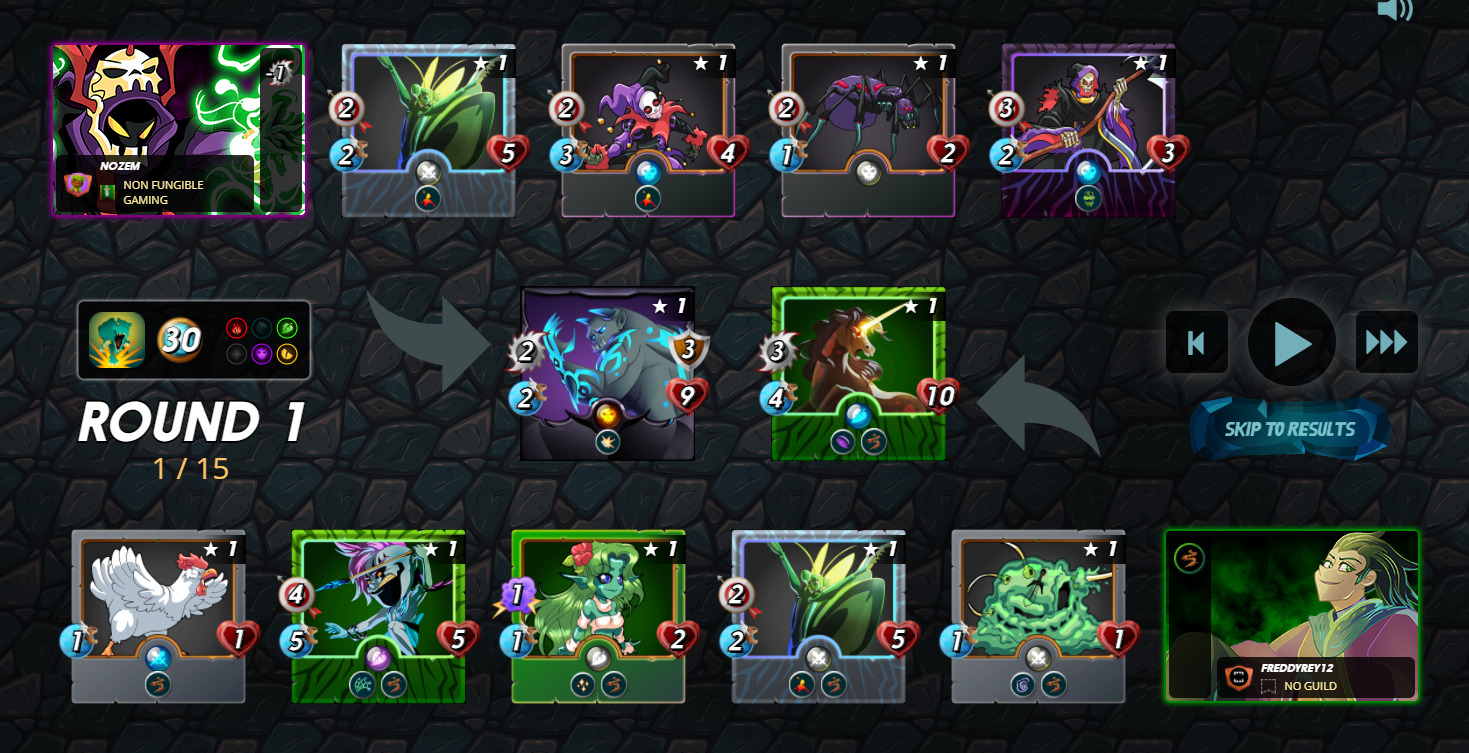 The second battle is a 24 mana general ruleset, again I expected Mylor, this time I went for the blue team, with the Djinn O'Shannus in first position, a sniper to hunt for his Wood Nymph (or Mushroom Seer), the Axe Master for the main damage and Crustacean King to heal.
Although his Unicorn Mustang has the Void ability, the damage was too much for him, and my sniper took out his silence and heal as planned, and again, even with a great card on the enemy team, the Halfling Alchemist, it wasn't enough to stop me.
https://splinterlands.com?p=battle&id=sl_24b641a94c69eff1c56a2b8e6023470c&ref=nozem01 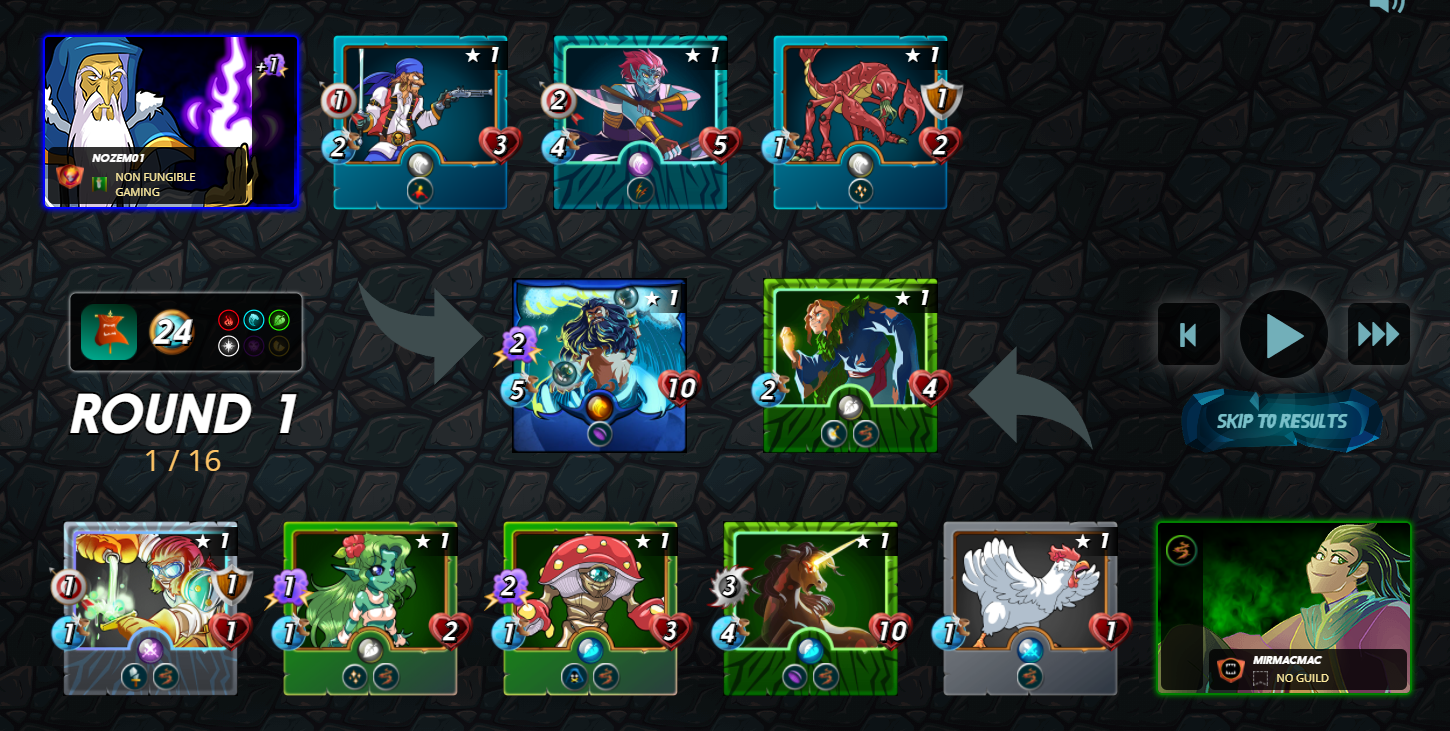 The Third battle is a 17 mana no neutral monster ruleset, I went for the blue team again, with pretty much the same setup, without the Axe Master. So the sniper to kill an silence or heal, and Crustacean King to heal my beloved Djinn.
This time my opponent didn't put a heal or silence, and my sniper was only a meat shield to protect the Crustacean King, but it worked anyway, so my Djinn could force his was trough the Unicorn Mustangs Void and kill him.
https://splinterlands.com/?p=battle&id=sl_5f08e382caf656def3c3bee8f9d1581d 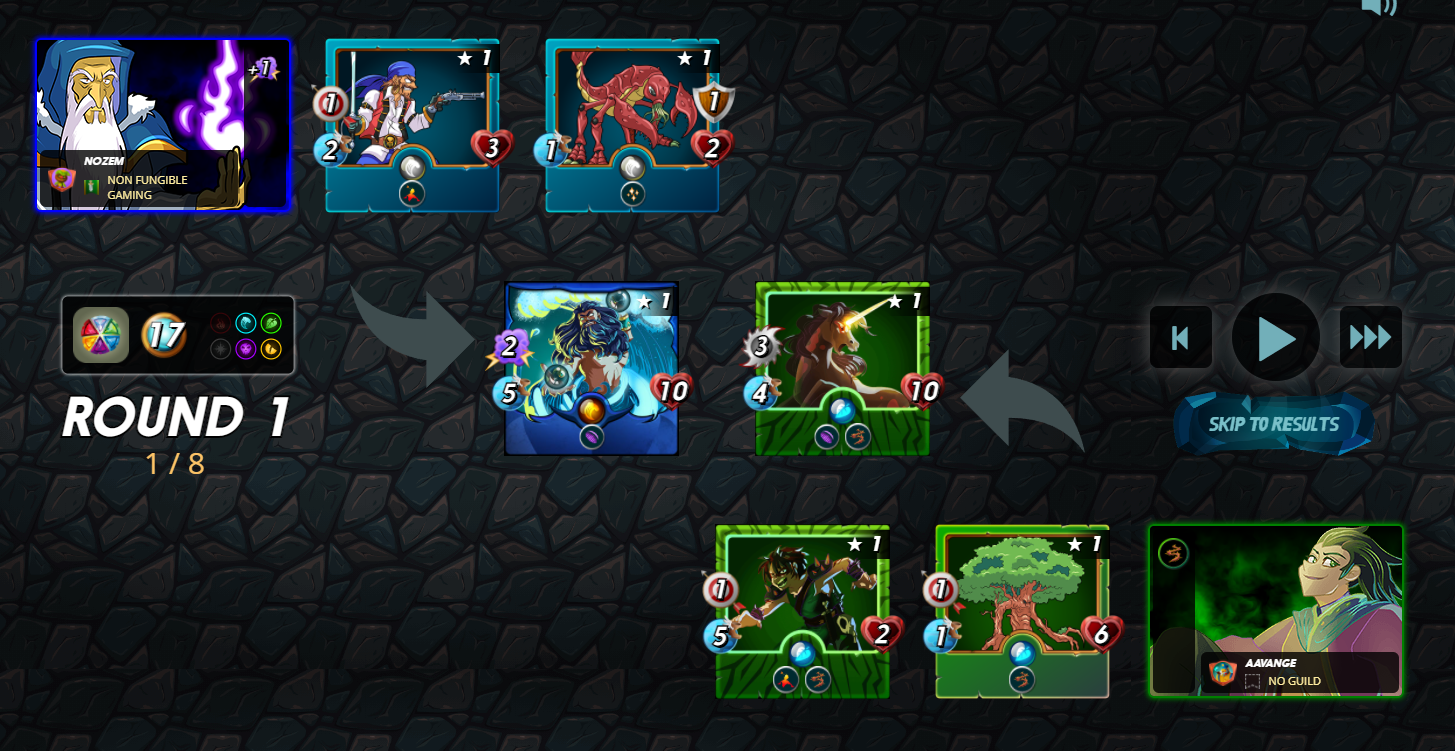 On lower mana battles Mylors win rates are a lot higher, because there isn't enough room to get enough ranged damage output.
Just try the same setup, I won before playing the white team with Silvershield Paladin as my tank, with Venari Crystalsmith behind him to heal.

Mylor is an absolute pain in bronze and you've laid out a solid plan on how to approach beating him.

Thankyou for sharing this with the Yield Guild Games Splinterlands Disord community.