Psyberx is a game that is currently being built on the HIVE blockchain. There is allot of buzz surrounding this game and its token named Level 1 (commonly referred to as Level or Lvl). Psyberx aims to be a shooter style game similar to Call Of Duty that will reward its users cryptocurrency for play. The Level token can be purchased on Hive native dexs such as Hive-Engine and LeoDex. The Level token has seen near $1500 USD in trades in the last 24 hours. Recent (01/20/2022) buy and sell orders of the Level token can be seen below.

There is many reasons to purchase and hold Level. One of the most popular reasons for holding Level is it will allow you to be included in an airdrop. The Psyberx game will implement crates that contain in game assets. These crates are valued at $20 USD each. A percentage of these crates will be airdropped to those holding the Level Token. Crates are very limited in supply, in fact only 100,000 of these crates will be created. Crates will be airdropped to those that hold LVL token. For every 200,000 LVL token in your wallet over a 60 day average you will receive 1 PSYBER Crate. For example, if you have an average of 1,000,000 LVL tokens over a 60 day average you will automatically get 5 PSYBER Crates every month until the limited supply of the crates are gone. Creates will also be purchasable on the Pysberx marketplace once the marketplace launches.

Additional benefit of having over 200,000 LVL tokens when the marketplace launches is having a 30% discount on all Crates purchased. Purchases can be made with HBD/Hive. Currently this will make the price of each crate $14.00, instead of the full price of $20.00.

PSYBER Crates airdrops will be doubled from now until the marketplace opening day. So for every 200k LVL token held you will get 2 crates monthly. As a special thank you, this will be retroactive and go back to the PSYBER Crates announcement date.Source A week ago I announced a giveaway for a Rare and Two Common Splinterland cards and its now time to announce the winner. Before I do lets go over how winners were chosen.

About a month ago I created a post advertising the then upcoming Speak Network Snapshot and airdrop. I'm happy to report that the devs have provided the community with some updates but first lets go over the original requirements to participate in the Speak Network airdrop.

The initial LARYNX Miner Token claim drop will be carried out on a dedicated Hive Layer 2 token system which we will call "SPK Claim Chain (SCC)". The claim of LARYNX tokens is due to begin in 2-3 weeks from now (Time of announcement 01/29/2022).

About the SPK Network:

The SPK Network is a decentralized Web 3.0 protocol that rewards value creators and infrastructure providers appropriately and autonomously by distributing reward tokens in such a way that every user, creator, and platform, will be able to earn rewards on a level playing field. The long awaited PolyCub airdrop is getting close so if you want to participate you better get your hands on some CUB or you might end up being left on the sidelines. Currently the devs are waiting on audit report from CertiK which - once published - will allow them to go live. Click anywhere on this highlighted area to visit the latest update post.

LEO as a holding company is something we've discussed many times in the past. It's the umbrella that owns everything. All value is captured back to LEO in the long-run.

CUB is our DeFi extension. It's enabled us to build deep liquidity on the Binance Smart Chain for bLEO which will become increasingly important as we turn our focus to hardening LeoBridge and extending it into the Multi-Chain future.

POLYCUB brings a whole new set of opportunities to our community. As we say continuously: the mission of LeoFinance is to expand the width and depth of our community

Watch The Below For More Details:

A lot going on, that is for sure. People on Hive are being rewarded with many opportunities.

The end of 2022 will not resemble 2021. We are going to see a lot of advancement throughout the year.

Lots going on is an understatement. There is currently so much opportunity on the HIVE Chain and in cryptocurrency in general it would be impossible to list each one. 2021 was a good year, 2022 is likely to smash it.

I'm not running the contest. I'm just helping to advertise that its going on. I'll leave a link to the official Lvl contest post below.

ok, I'll ask them to waive the Twitter requirement

I've never been a big fan of fps games like Call of Duty. But I bought my first LVL tokens today. I figure they are an investment even if I don't end up playing the game.

Good luck with your investment. The token has been performing well. I suspect its investors/players are purchasing Lvl to get ready for the crate airdrop. I played a little COD (nothing recent) so i will be giving the Psyberx game a play or two once its time to do so.

lolztoken.com
What did the full glass say to the empty glass?
You look drunk!
Credit: hollowknightgod
@rentmoney, I sent you an $LOLZ on behalf of @dynamicrypto
Use the !LOL or !LOLZ command to share a joke and an $LOLZ. (1/1)
0
0
0.000
Reply

Thanks for the tips. I think I exhausted my bot calls for the day. I'll come back tomorrow and hand them out. Looks like there has been at least a small amount of movement for the MEME token on the markets the last couple days. It will be interesting to see where it goes.

lolztoken.com
Can February march?
No, but April may.
Credit: bitpizza
@dynamicrypto, I sent you an $LOLZ on behalf of @rentmoney
Use the !LOL or !LOLZ command to share a joke and an $LOLZ. (4/6)
0
0
0.000
Reply

I'm looking forward to getting some Larynx and start to figure out how to run a node on the SPK network.

I got some Node learning to do myself. I'll likely attempt to run one for Splinterlands and PSYBERX as well. Current plan is to wait as I suspect lots of posts detailing how to run one to be created at the time of Splinterlands announcing they are ready for such. 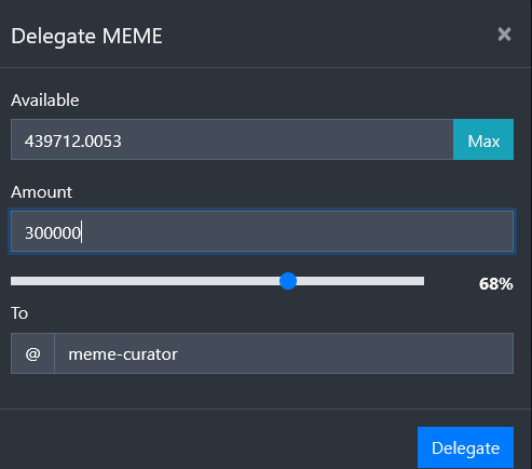 It's too bad PolyCUB is delayed so I wonder if they can get started on trying to push out Project Blank. Either way there is a lot to look forward to on HIVE. I am wondering how well the speak drop goes and I am still wondering what I will do with mine.

I'm in the small group that like that the PolyCub drop was pushed back. There are/were many airdrops ongoing and its likely people are spread thin with their currencies. I still haven't purchased any. I tried two times but I was having issues with my wallet. I'm thinking about putting up some buy orders on LeoDex but reading the available information it looks like swap.cub won't be included in the airdrop. I am in the same boat as you with the Speak drop. I haven't given much thought on what I'll do with it. I'll just continue playing it by ear.

I don't think there is a SWAP.CUB token right?

I think that is it.

Where does this endless knowledge on hive come from? I feel like you know everything thats going on in such detail!

If only that was true.

However I do appreciate the complement.

I just call it like it see it haha

lolztoken.com
Chuck Norris once went on a bicycle ride
and accidentially won the Tour de France.
Credit: blumela
@brojustaverage, I sent you an $LOLZ on behalf of @rentmoney
Use the !LOL or !LOLZ command to share a joke and an $LOLZ. (2/6)
0
0
0.000
Reply

lolztoken.com
My kids must love to camp
Whenever we go somewhere they keep asking RV there yet.
Credit: blockchainerx
@rentmoney, I sent you an $LOLZ on behalf of @eii
Use the !LOL or !LOLZ command to share a joke and an $LOLZ. (3/6)
0
0
0.000
Reply
Menu
Explore NFTs Proposals Pool
Trade
Trade SPT