Since that first day I have managed to climb back up to the gold league. In doing so I have secured some decent rewards along the way. On one of the days I received 7 chests for the focus. Inside the 7 chests were almost 500 DEC and a two rare cards. As I have returned back to the gold league I have been very happy with the rewards I have been getting some are definitely better then others, but overall happy.

So at first I was not a fan of the new reward system but after playing awhile I think this was a great addition to the game. I think it will also add value to the game over time becuase I believe more people will start buying cards. I also like the fact that gold cards recieve an added point bonus during battles which definitely adds more value to the gold cards. I look forward to other upgrades, becuase it seems the developers think about and test the upgrades instead of just throwing them out there and hope they work.

Today I collected 8 chests from my daily focus and below are the rewards as you can see there are some nice rewards. 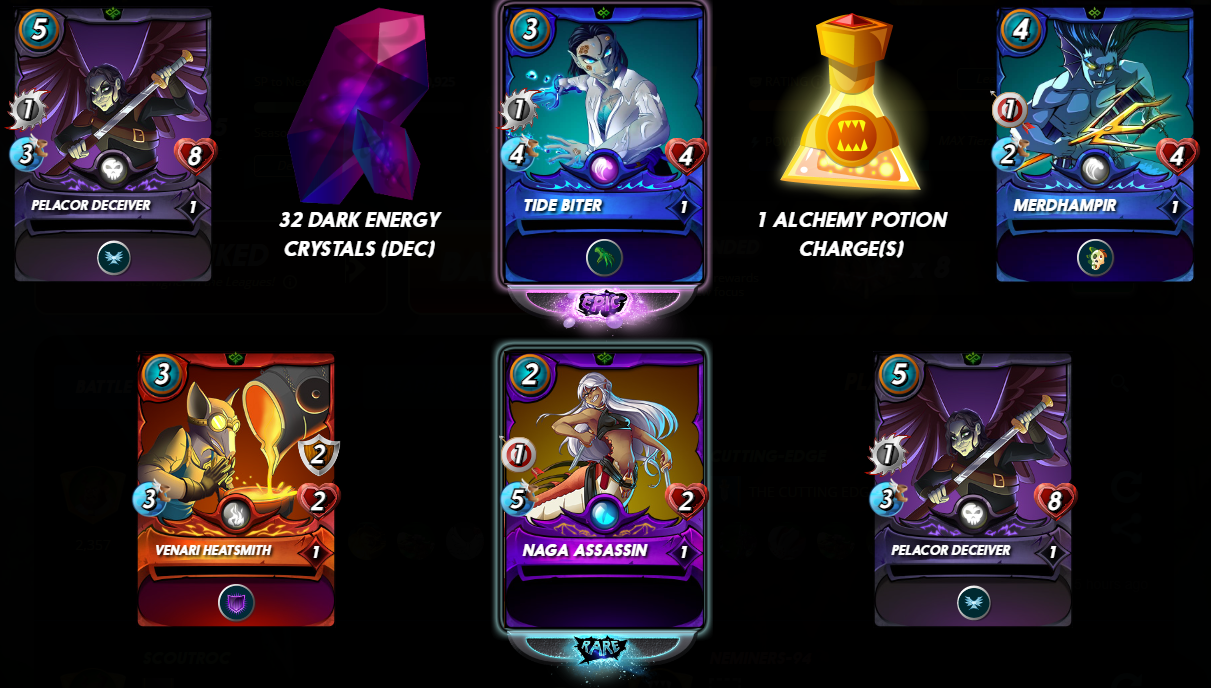 If you are thinking about joining the fun in Splinterlands click on my link below.

Another game I really like to play is Rising Star. If you have not played it yet I highly recomend it and it doesn't cost anything to start in it. Here is my link to Rising Star.

I will have to try that
!hivebits

@thepimpdistrict 52
8 months ago
You must be killin' it out here!
@thgaming just slapped you with 5.000 PIMP, @scoutroc.
You earned 5.000 PIMP for the strong hand.
They're getting a workout and slapped 2/3 possible people today.

Congratulations @scoutroc! You have completed the following achievement on the Hive blockchain and have been rewarded with new badge(s):