Oops, I did it again! I wasn't paying close enough attention at the end of this season and a few cards of mine that I decided to rent at the last minute ended up dropping my CP below 15,000 so I did not get my Silver III season rewards. Instead, I received Bronze I rewards, which is a big difference in chest count adn the type of rewards contained therein.

My win percentage this season was 58.6%, which is a bit lower than last season. I've been struggling with the new Chaos Legion card set. Many of my go-to strategies are no longer viable. There are SO many new cards with unique abilities that it is going to take some time to figure out how best to defend against the many different combinations of cards out there now. 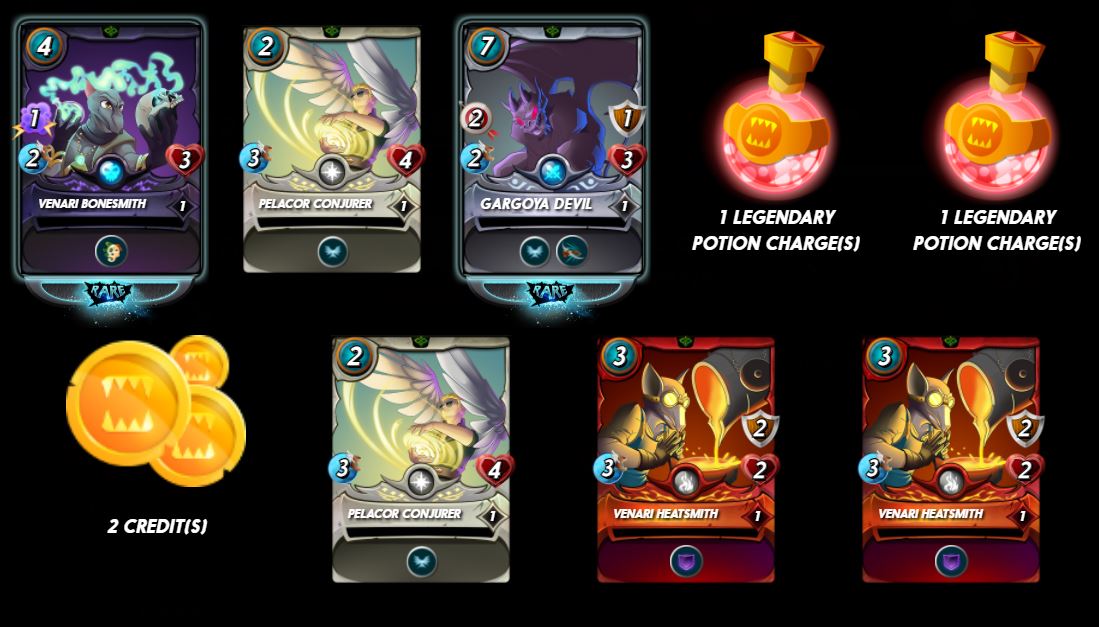