Last season I made a push to Gold III level and did the same this season. However, the auto-generated match report here seems to only include the final ranking and not the season high ranking as @Splinterlands now uses to reward for season performance.

This win rate is a little lower than last time even though I fought in a similar number of battles. I also had some very successful guild brawls, finishing undefeated in one. Check out my latest #BrawlReport for details: https://ecency.com/splinterlands/@shauner/shauner-s-30th-splinterlands-brawl 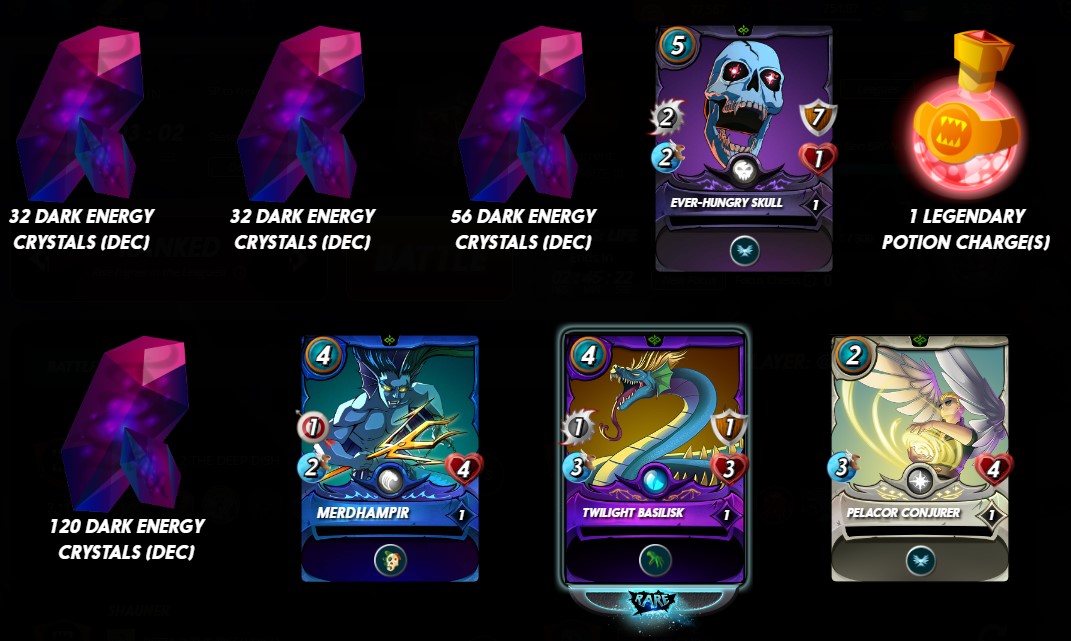 I didn't receive anything notable in the 9 gold level season chests that I opened. There is certainly more DEC in these chests than in the bronze level ones I opened last time, it doesn't seem to make up for the significantly higher costs of competing at the Gold league level.

I've got a handful of cards circulating in the rental market, but these are only yielding about 40 DEC per season in earnings. At the current market price for DEC, that's about 2.4 cents.

These airdrop rewards are solely the result of my current card holdings as I have stopped staking SPS or holding any other major components in the airdrop calculation.

I happened to just open my daily focus chest and received some decent rewards there. As far as card drops go, the daily chest had better stuff in it than the Gold league season chests!
I already have the Lava Launcher and use it regularly, but I'll have to check to see if I have enough to level this one up now! The Blood Maker card has also proved to be quite effective when paired with the Yodin summoner. 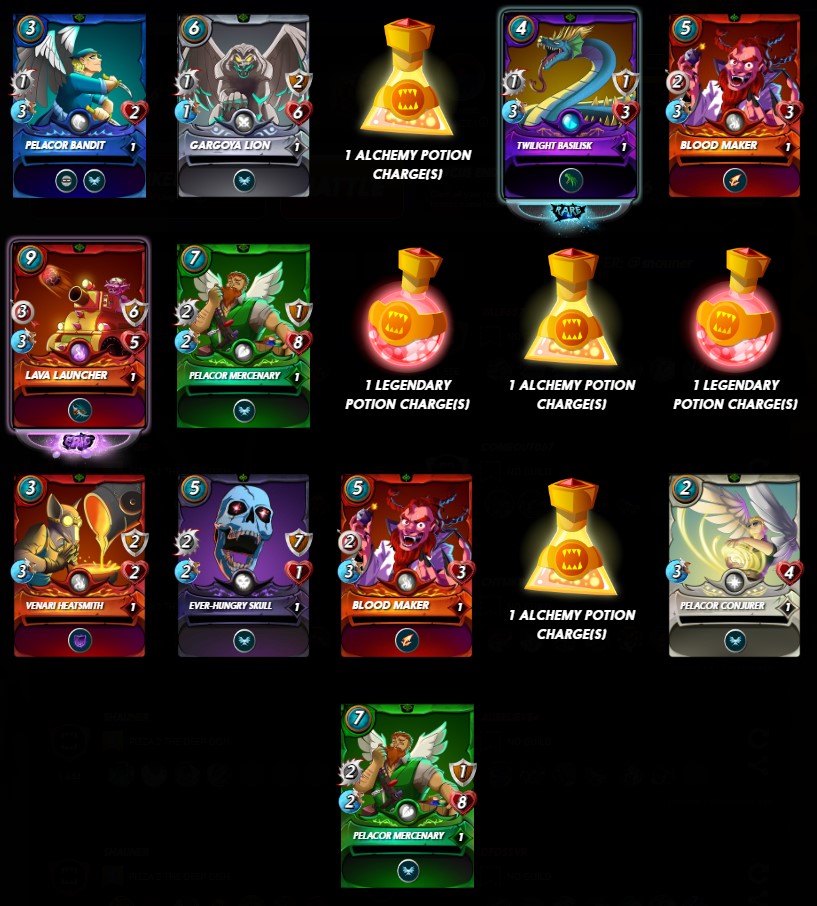