My all failed battles most of which is not my fault but machine error and bug!!

And this kind of error is happening with me most of the time with entire season, my winning ratio is getting into low down and effect in performance, feel demoralized for playing game here. If my strategies is miss ordered or selected splinter monoster is not appropriate then i could agree about the defeated from my oponents, unless the game server and co-ordinator have to explain about their fault in here.

Here is all the link of my failed battle and few of it are in the winning section.

This battle is fire against earth, but regal petroyon made impossible while it was last standing.

Regal petroyon has officially none of capable of evading mele attack but only have flying ability in earthquake battle rules. But most of the time it managed to get win against me, now a days i am afraid to combat with earth splinter if their regal is stand backline with last standing. 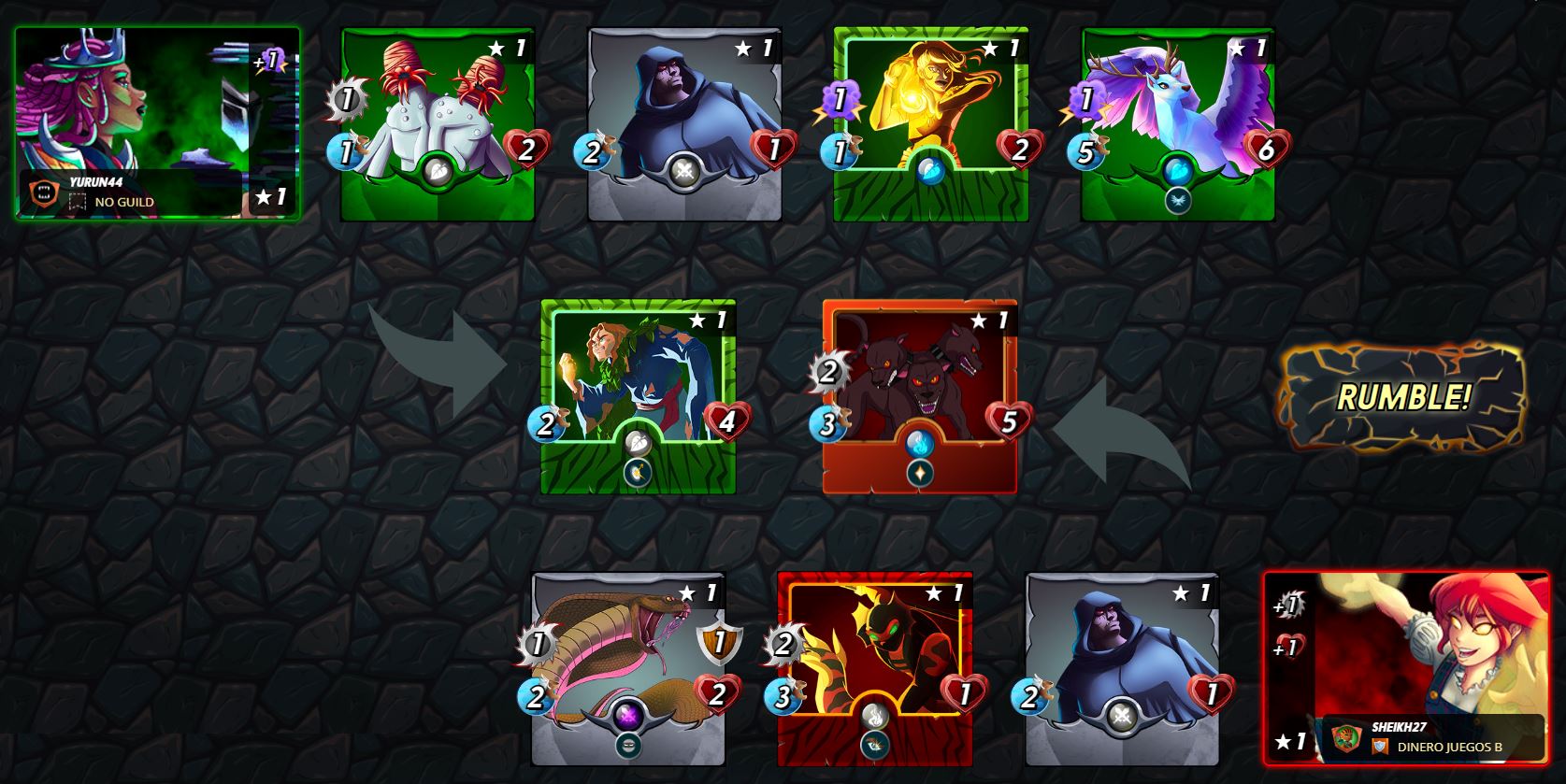 In this poision rules battle, opponents tank monoster is missed out its poision effect and won't lose it's HP in the middle of battle field, i also have marked line that it's missed out the poision markk form the top left of ther monoster card sign about poision.

I want to know about all of these miss behaviour game rules for playing the against other users during daily quest and ranked battle. Its very important that upcoming rewards rules always impact in the ranked and points you have won from game. But its technically dominant of your strategies and prohibit you to win which is calculative win strategies in your game setting.

I have very much exhausted about the game playing of such kind of rubbish thing to do with me, the meaning less and wrostfull time is spent here, no more explanation is enough to find the solution or satisfactory level in splinter game playing. If it happening and continue with upcoming season, its better to go off playing and let the all cards for renting in market and keep my time in other place which is not give me wrost and destructfull emotional stress.

Thanks for the reading, if you want to understand the full theory and what's the actual situation here, you must watch the game replay which i have lost, win is marked at end of everylink.

I think a proper judgement for my lost game, you have to watch most of the game what i have shared.

I have sent you @pishio and wish you that you will win soon again.

Thanks for the gift.

Yeah those are frustrating, sometimes it feels they win from pure luck 😆