My name is @spt-curate. I have arrived to https://splintertalk.io, which is a front end for the Hive Blockchain. Right now, this front end is broadcasting Splinterlands content from Hive posts to the Splintertalk.io front end.

I am someone who enjoys reading content from people around the world, especially all the informative Splinterlands content which is usually full of excitement. I do also enjoy seeing all the giveaways for Splinterlands and would not mind participating in a lot of them in the near future! I recently invested heavily into SPT token, these tokens are distributed currently from other users depending on when they upvote your content and the amount of SPT tokens they have staked.

What is SPT token? 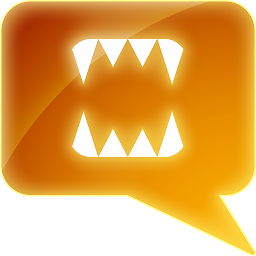 SPT can be traded on TribalDEX or HIVE-Engine, and will eventually have more use cases within the Splinterlands game. Players can also stake their SPT through both of the above exchanges, which gives them the ability to award larger SPT upvotes when curating others' content.

How I plan on curating

I will try to maintain my voting mana at around 98%-100% to maximize curation and this also will allow for multiple posts a day on Splintertalk.io to be curated by me. My goal will be to curate approximately two posts from Splintertalk.io every hour; while utilizing scaled voting, approximately around 25%. I am only human and if you are curious when I will be active on Splintertalk.io, then that would be from 3:00 PM Coordinated Universal Time (UTC)-7:00 AM. I already ran into a person plagiarizing and I got tricked already on day one of curating. Plagiarism will be flagged but checked for before curation to help prevent curation on plagarism. Also with each upvote I cast, I will attempt make a comment on your post too.

Because I am only human, I am utilizing https://hive.vote/. This is an amazing Hive tool from a Hive witness named @mahdiyari. I have a curation trail for @spt-curate on Hive.Vote by the way. Feel free to follow at 1%-15% fixed voting, scaled voting works but not consistently. Just be mindful that both your Hive and SPT wallets has enough Hive Power and SPT Power staked, so as to gain curation and have your account work properly on Hive.Vote.

Whatever post @spt-curate upvotes the curation trail, @dynamicsteemians, will upvote said content as well for post on the Hive Blockchain. We have HP support from Rented HP delegation and HP from @tribesteemup. Considering this HP is now being used for just Splinterlands content and the Rented delegation expiring in a month, I do not expect the current upvote support, in terms of vote values, to continue in the foreseeable future. Unless, the people currently delegating HP to @dynamicsteemians approves of this new endeavor. However, I will not buy any further HP delegation for @dynamicsteemians regardless.

I am trying to keep this post short. Please leave any comments below so I may try to help you better understand anything I said here!

Thank you for reading and being on Splintertalk.io

Congratulations @spt-curate! You have completed the following achievement on the Hive blockchain and have been rewarded with new badge(s) :

Whats up! You are on it and I see that your staking spt!!! I am glad I voted your witness!

Thank you for your support @spt-curate, much appreciated!

@dynamicrypto 71
about 2 months ago (Edited)

Outstanding work, thanks for showing us all the new front end and I for one am happy I grabbed a few of the new SPT tokens on Hive-Engine (https://hive-engine.com/?p=market&t=SPT) under a penny! #splinterlands #spt

Making tribe account is always useful, if you have some time to management your votes :)

I would but Splintertalk.io is the community bro... We are inside the party and it is raging! Thank you for swimming with me here on Splintertalk.io! I joined your curation trial with 20% fixed voting, we will see how it will go!

I see you are a fellow spt staker! Yes, Dude! Also, be sure to go lower with your voting weight if voting mana does not recharge daily to 98ish %. Thank you by the way!

We will see, but my mana can be discharged more. I just don't wanna have over 100% voting mana and trail solve this problem very well.
I don't use other tribes accounts now, maybe in the future I will think about it.

what is this bro?

Curation trail, you use site hive.vote for autovotes and you join with account, which have spt stake to curate content with many voters. Trial means that you follow voting specific account. If we will have so many accounts connected to follow this trail, this counted trail vote will be much bigger! In that way we can reward content creator with power of many accounts :)

make one tutorial for this step by step
!PIZZA

@atnazo! I sent you a slice of $PIZZA on behalf of @bokica80.

I appreciate your support and enthusiasim!

Oh wonderful! Thank you! Do I share my blog or something? I'd love to be a part of this if it supports Splinterlands and Splinterlands fans!! Here's my blog https://peakd.com/@rosiew Please see if it will work for this! Thank you!

Cool to see a new curator in the mix - especially when using @broxi's Splinterlands graffiti. :-)

Thank you for everything!

sir can i doa favor...i have a pm on your discord. thanks

so true!
curation is somehow an engagement for players+bloggers+hivers to enjoy!

@dynamicsteemians 62
about 2 months ago (Edited)

I some how missed your comment! I am glad you are here!

@lovesniper 73
about 2 months ago (Edited)

Hello @spt-curate! This is @indayclara from @ocd (Original Content Decentralized) team. We saw that you already posted your first post here in Hive! Congratulations and welcome!

I am excited to be part of this new project on Splintertalk giving value to Splinter contents.
You have started something that will bring a lot of value to the community. I am glad to support this initiative.

I am so excited to have you you swimming with us and helping curate Splinterlands content!

Great job catching the plagiarizer! Glad to have you as part of the Splintertalk community! !PIZZA

@spt-curate! I sent you a slice of $PIZZA on behalf of @shauner.

Have you voted for Pizza teams Hive witness (pizza.witness)? (4/20)

I appreciate the pizza very Much! Thank you!

Awesome and cool iniciative!, wish you the best, hope you growth and curate many users!.

This is an amazing initiative! Thank you for effort in manually curating Splinterlands content. Manual curation has always motivated me to post quality content and improve on doing that. Hope you have a good time!

What a great Idea!
Is it possible to delegate SPT power to the project for curation rewards?
!PIZZA and !LUV

@spt-curate, you've been given LUV from @solymi.

@spt-curate! I sent you a slice of $PIZZA on behalf of @solymi.

(ENG)
Now I have finished reading this post and I am sure this project will last quite a while, the ideas are clear and round, I will try to support you by voting for the post and trying to keep the quality of my posts on Splinterlands high so that you can get them more often in consideration in case you don't know who to vote haha;), good luck man.

@luvshares 56
about 2 months ago

You can call the LUV bot a maximum of 3 times per day. To give more each day, check LUV Levels.

@spt-curate! I sent you a slice of $PIZZA on behalf of @zottone444.

Did you know PIZZA team has a curation trail with 29 followers? (9/10)

@misterengagement 57
about 2 months ago
There has already been too much ENGAGE today.
0
0
0.000
Reply

Im glad you dropped by my post. Im curious as to how i could help in your endeavours in any small way just to give back to the community. Just let me know here.

Just keep on sharing your splinterlands journey and I personally own meme coin. I am learning adobe illustrator and will be recruiting an artist or two to help get the nft marketplace moving there at https://hiveme.me/. I will be looking to find people willing to make funny, high class memes that are original. Hopefully, once standard is set I want to make memes that are funny, non offensive and really nice to look at for Splinterlands.

This is the journey that I am on. https://docs.google.com/document/d/1HPqrpYPE4SdLQ7C9Uj6rxw1jAFnP8ecR2G_WWW3oj38/edit

Read carefully and get the required software mentioned to really benefit from my future endeavors and to expand a very important skill set with adobe illustrator.

but seriously just keep on being amazing and sharing your Splinterlands journey!

That is very interesting project. Ill be sure to follow you. And look forward to your success

!PIZZA to you, mate.

@spt-curate! I sent you a slice of $PIZZA on behalf of @tedus.

I know you only now unfortunately, I am awaiting the withdrawal of the 90k SPT proxy and I will soon turn it over to you ☺️ Thanks for the support ❤️

No keep your money. I am not @monster-curator in case you are referring to delegations.

Damn, unfortunately @ monster-curator is not working, I was hoping for an alternative!

Thanks for the support anyway

Love the initiative! I'm quite new to Splintertalk and the Hive universe, but have been and will continue to create high quality Splintertalk content. How can I get curated by this account?