@rentmoney 70
about 2 months ago
LeoFinance 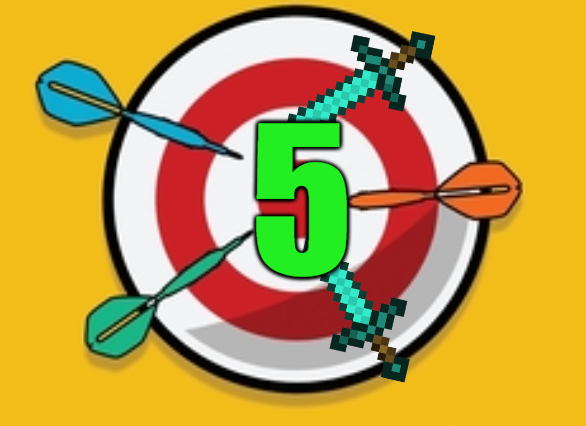 It's been 29 days since the last ​update on my hive goals. One goal I set was to type out my goal progress as to help keep me motivated and its been working. To read the past "My Goals" posts click Part 1 / Part 2/Part 3 / Part 4

As noted in my previous Goals Post my main strategy to gain more HIVE is to sell some of my Splinterlands assests. I've been trading my cards for other cards and keeping a little profit while doing so. Eventually that profit is going to make its way over to HIVE-ENGINE to purchase some HIVE for HIVE POWER. I also have sold a few hundred SPS tokens (Splinterlands Governance Token) for HIVE in which I intend on using the bulk of for powering up.

SPT To One Million

With the ever growing price of SPT its going to be much harder to reach this goal. I have progressed further this month then I did last but I still feel as I can do better. I have added about 45,000 SPT to my account this month. Some due to blogging / Some due to trading. Today I put in place another step in which will help me progress to One Million SPT. I'm finally going to delegate some SPT to @monster-curator. I been meaning to do so for the longest time but for some reason never got around to it. For those that don't know Monster-Curator is the whale of all whales for SPT upvotes. Delegating to it will give daily SPT returns. Today 40,000 SPT has been delegated. I plan on moving that delegation up to 100,000 but first I need to earn more SPT.

I'm over-all satisfied with how I been progressing with POB. My total owned POB Power is currently 400. I also have a 100 POB delegation from @failingforwards (Thanks). Last month I set a goal of powering up 125 POB and I smashed that goal with a PowerUp of 300 POB that took place last week. My new goal for this month is to PowerUp 150 POB. I will powerup more if my earnings allow for it.

My Leo progress has been slow but picked up from previous months. I've been being slightly more picky about what content I post to the tribe as I want to make sure I'm posting content that follows in line with the Tribes main use. I'll keep pushing forward with holding and earning LEO as I believe if any tribe is to remain a success its tribes like LEO that will be leading the way.

The MEME Tribe was born. There's a new tribe going to launch "soon" and its theme is going to be meme's. Everyone loves a good meme so I fully intend on supporting this tribe. I have already purchased 10,000 MEME from Hive-Engine and will continue to keep my eye on the token.

Over-all I'm satisfied with my progress over the past month and I look forward to completing my goals this month. I'm still not fully satisfied with my SPT growth so I'll be trying to focus on that again this month. Stats below do not include my HIVE holdings on Hive-Engine as that amount is constantly fluctuating. Soon I will be moving some HIVE from Hive-Engine to HIVE for a power up.

What are your HIVE Network Goals??? What are you doing to accomplish them???? Let me know in the comment section below.

Splinterlands is a digital card game created by @aggroed and @yabapmatt. Game Play is ongoing and has prizes being offered in which have real monetary value. You can get started with investing in or playing Splinterlands by clicking here. Read all about the recent airdrop announcement via clicking HERE @luvshares 55
about 2 months ago
LUV

@rentmoney 70
about 2 months ago (Edited)

Thanks for the offer (very kind of you) but its not needed.

I'm content with slowly adding to my stake and power.

Congratulations on the progress you're making. I am curious to hear how you like using the monster-curator service after you've been with it for a while. I tried it for a little while and found that I could make more than double the curation rewards by actively curating on splintertalk.io compared to my daily payout. Granted , my delegation was only a fraction of yours. Perhaps the larger delegation will make more. I do think it's a great service for those who don't have the time or interest to actively curate, but by putting in the work I was able to get a better return.

My understanding of Splintertalk curation rewards:

Most the larger SPT holders delegated SPT to Monster-Curator early on. Those of us who are late to the delegation party get less curation rewards due to how curation is set up on Splintertalk. Early voters on Splintertalk posts get more curation rewards (SPT Power is also a factor) then votes that come after. I believe some SPT whales are trying to change that but with no success thus far.

Hi @rentmoney,
I love these goal-posts. Everyone has a checklist in their mind but to flesh it out is great for your accountability, I guess. As a reader, I am instantly motivated to write up something similar to your post. Is it ok for a newbie to post such an article in LeoFinance, or do you have to be more accomplished to post there?

Post it up, LeoFinance is a great spot for such posts. Link me the post when finished so I can read and upvote it.