@bluefox21 47
about 1 year ago
Splinterlands

I have decided to share some of my most epic battles so maybe others can get ideas about strategies and maybe get inspired. To tell the truth some of these battles turning out this way are not planned ahead but they're still good to strategize in future battles. Like this battle as an example : https://splinterlands.com/?p=battle&id=sl_17278d8a1b3cb048da84cff2edf05362&ref=bluefox21

So this battle started off with a nice 34 mana pool, "Unprotected Monsters" which means no armor from summoners or abilities and "Earthquake" which hits you with 2 damage each round if you're card does not have the "flying" ability.

So i decided to go with Alric for a magic team knowing that that's where i had the most flying monsters and went off with a nice low mana cost damage absorber (i prefer calling it that rather than a tank) Kelp Initiate. 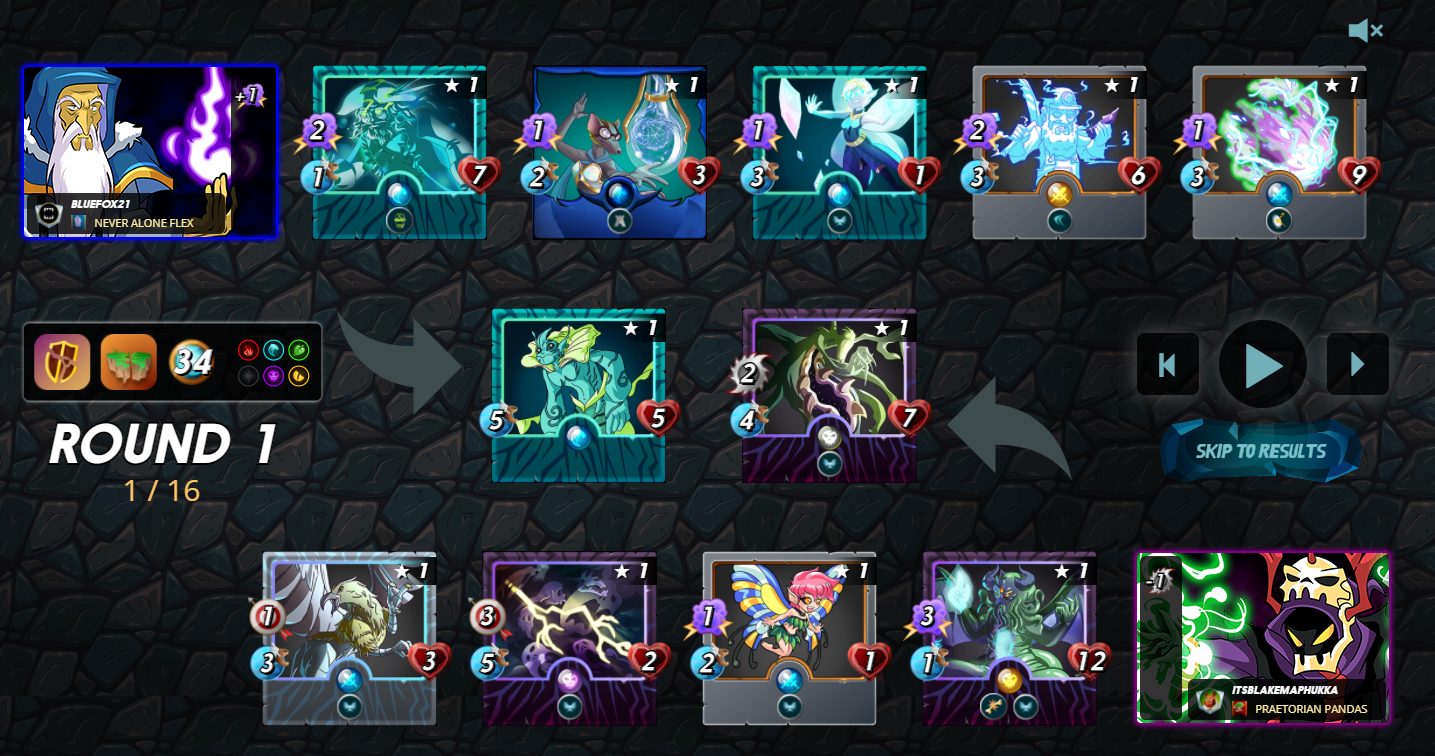 Then i built my team with the remaining mana that i had left available trying to keep most of them with magic and flying, and if they did not have flying, then a lot of health to suck some of that earthquake damage up.

I figured my opponent might do the same so i went with Prismatic Energy as my last card incase i had to deal with any stealth magic opponents (magic reflect op !). 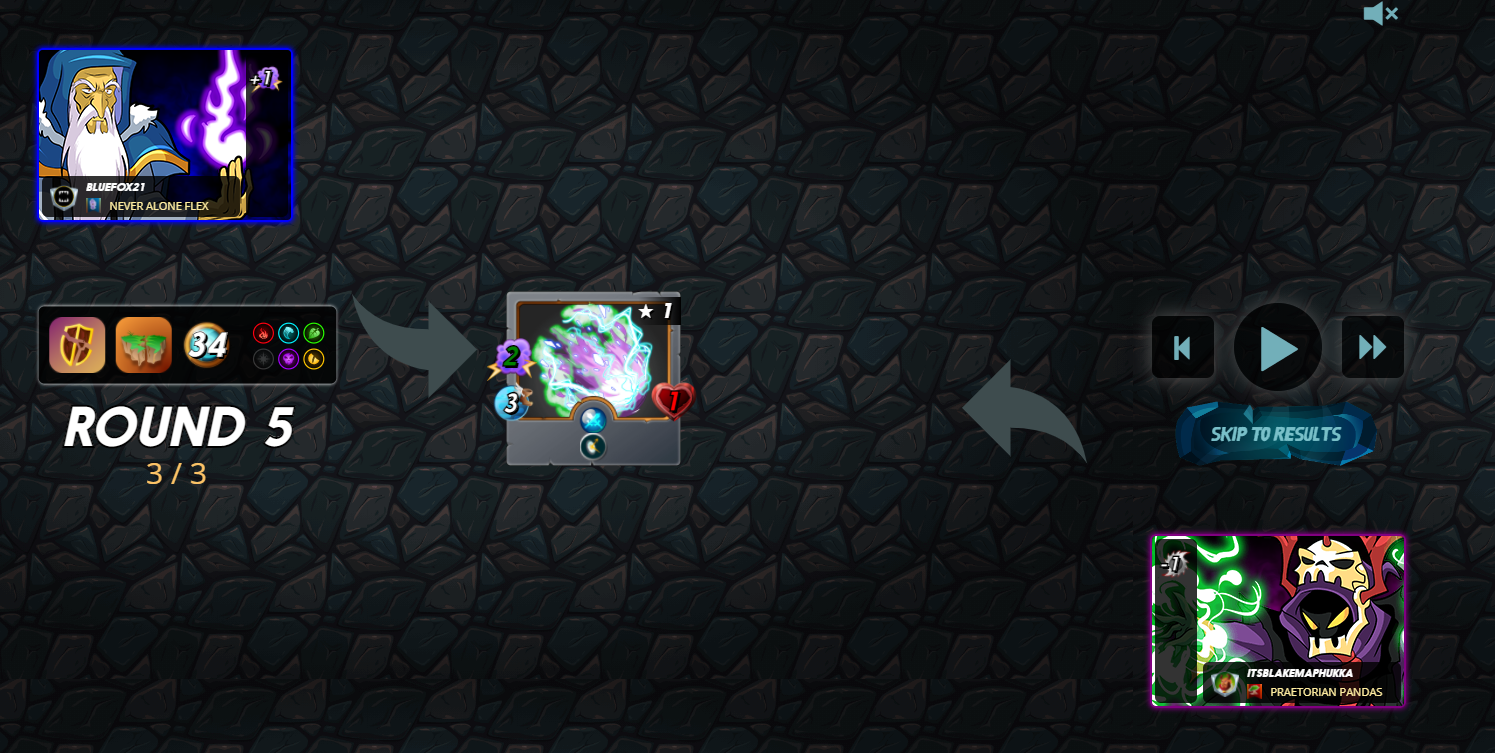 This is what it came down to, a miss at the end of the battle saved me from death, it was a good idea to go for magic here knowing that flying gives you an extra 25% of evading an attack, but not magic no :).
Since my opponent went with some ranged attacks i had a chance to evade there which is what saved me. So my initial thoughts of going only magic here is what saved me without me realizing it.

This is it for today, i will keep on posting more of these battles because really only Splinterlands can give you this kind of rollercoaster of emotions when battling. I really tought i was dead there haha.

Shoutout to the NoSleepGang for being the most awesome family out there making Splinterlands even greater and if you are not yet playing Splinterlands maybe you should. There are two posts i previously made on some of the ins and outs of the game and why it is a good choice to start playing. Bye cya next battle !

Good post man, it is always a rush when it comes down to the wire like that at the end and if you get a dodge or miss, it's like OHHH do I win haha. Keep up the posts like this whether it is a general match overview or something else I love reading these kinds of things and also helps give players some more insight into certain battles and different starts for beating them.

Congratulations @bluefox21! You have completed the following achievement on the Hive blockchain and have been rewarded with new badge(s) :

I rarely go Water with mana caps above 30 ; but you managed to win this one with a bit of luck :)

Congratulations. The folks that follow the Untamed Sarge Twitch stream have seen your post and we are IMPRESSED! Excellent job. **Who loves you baby? #nosleepgang, that's who! Wepa!